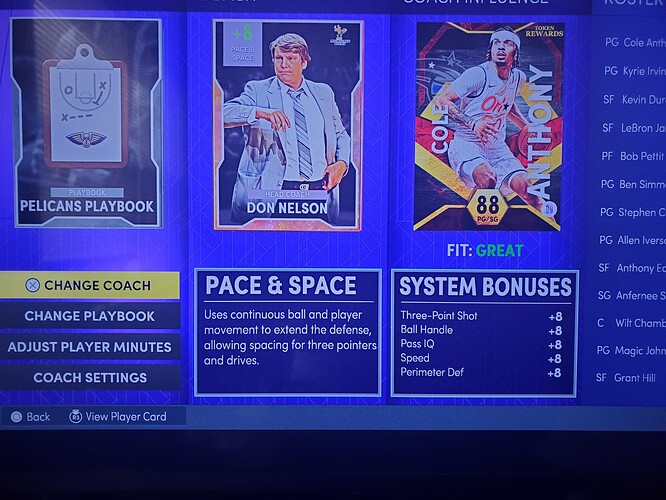 Yao gets the boost also 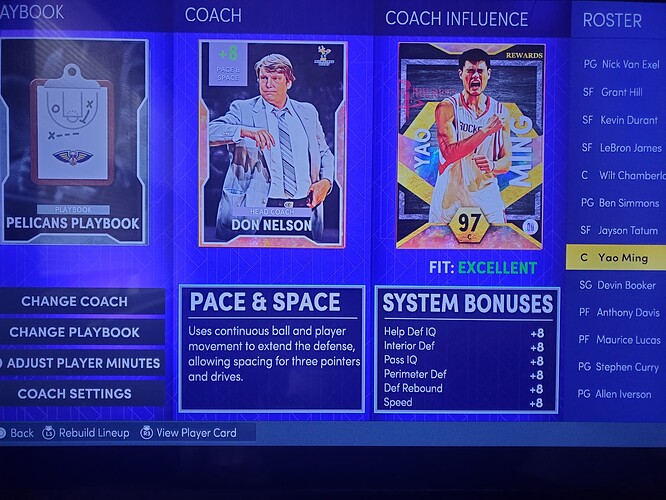 Sorry how do you get these coaches again ?

In for answers. I heard about the Galaxy Opal and DM coaches, but didn’t see anything on how you obtain them.

In packs I pulled another one but servers down.

Nice! Not the servers part, but pulling a higher rated coach.

How expensive do you guys think these coaches will be? If some of the PD coaches are like 20k and give 3 point and speed boosts I might have to cop.

Are these coaches only in packs or they rewards or sumtin?

Whoaaaaa. I wonder if 2K can do this because they already have likeness rights to Nelson as a player, and can make a coach card under those rights.

Or if they negotiated separately with him…and others.

If the former, then they can do lots of other legendary coaches. Who were players and 2K has had as Historics.

If the latter, then they probably will do at least a few more. Don’t imagine they just signed up Nelly.

He much does the top tier of Current coaches go up to on the AH?

Quinn was at about 40k before these new coaches dropped. I should’ve sold

Oh duh I don’t know shit. Just looked it up and see that they’ve added Adelman, Wilkins, and others. And upgraded versions of existing Coach cards.

Nah, definitely gotta sell if a million mt on the line lol

Not me he makes cheap cards play like dark matters

Yep Lenny looks like he had ALL the hoes on LOCK …I bet guys like George Karl would’ve gave anything to be as cool as Lenny, who at 1 point had both the most losses and most wins in regular season history lol (along with slayed the most hoes of all coaches on the planet

not sure if that’s still the case