Who else here collect NBA cards since 90s?

Who else here got NBA cards collection? Did you just become an NBA enthusiast because of 2k myteam or did you enjoy collecting nba cards before?

I was collecting cards in the 90’s. The oldest card I have is from 92/93 season (ASG Dominique in the middle). 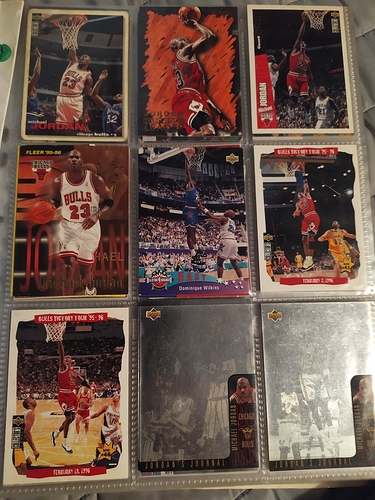 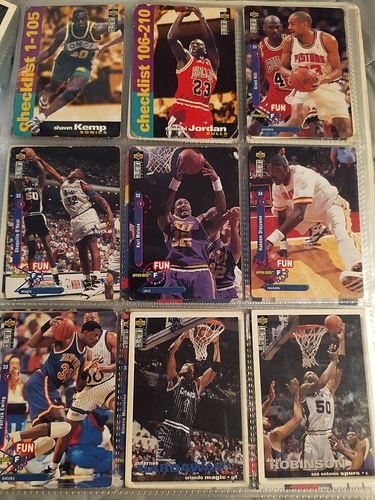 Early 90s was one of the worst eras to collect cards. Overproduction led to cards not being very valuable though there are still some gems especially in high graded Conditions. 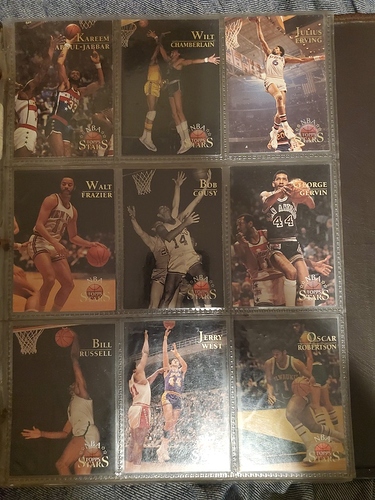 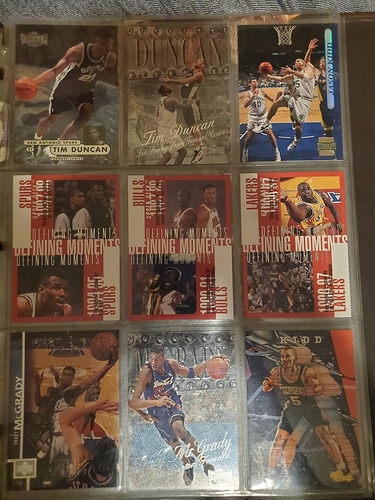 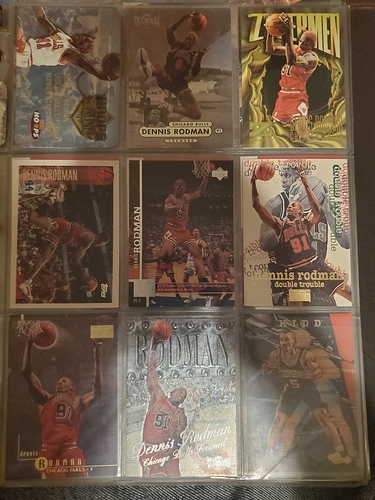 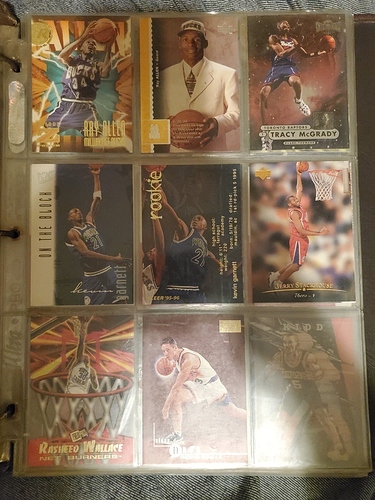 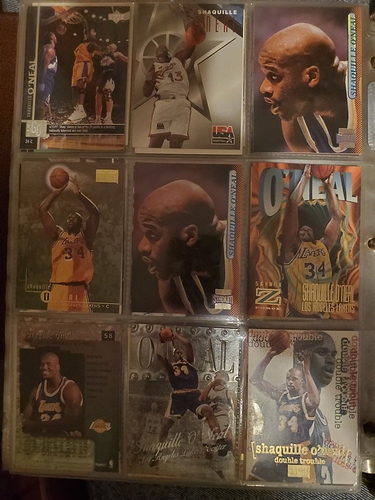 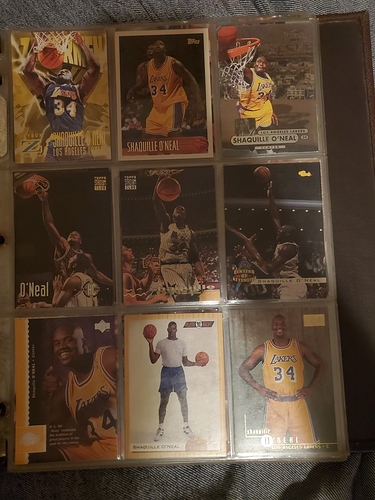 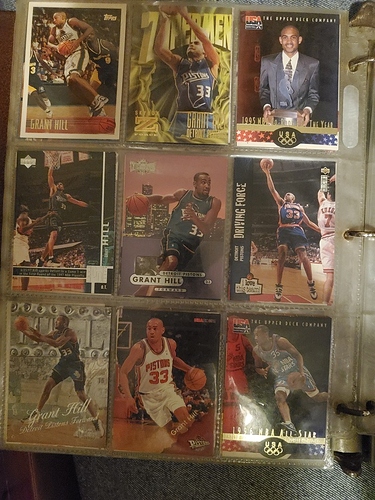 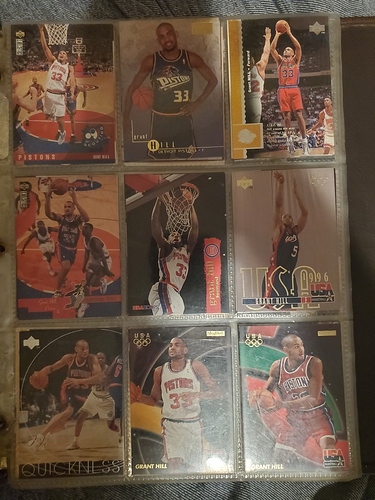 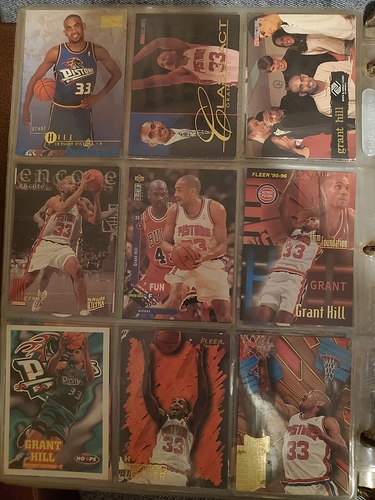 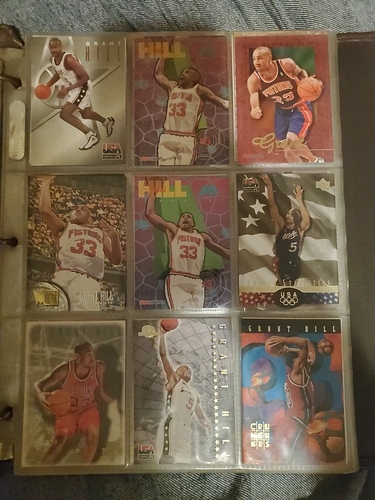 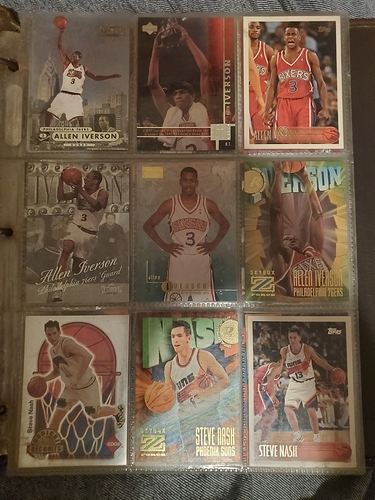 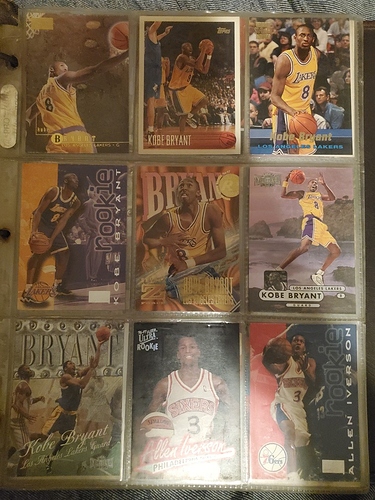 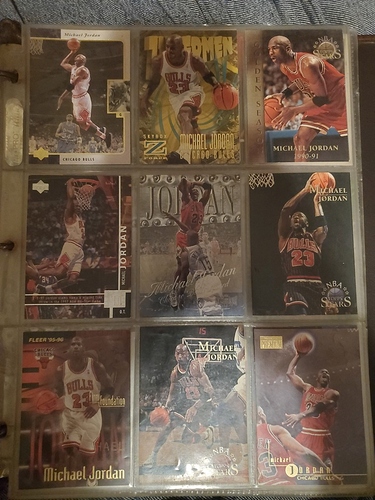 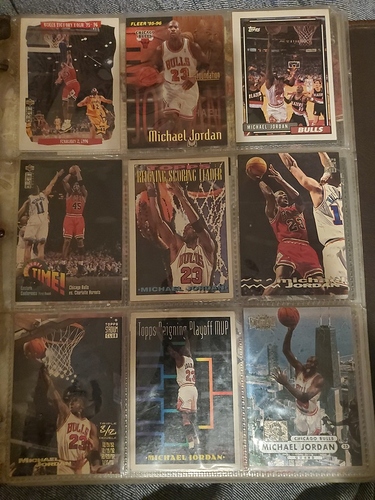 These are my collection back in my 90s highschool days

I remember they used to sell packs when it was a fad in Europe or at least where I live. It had to be like what, more than 15 years ago? They don’t sell them anymore, at least not in every little shop like they did then. So do you still buy packs or just cards online and try to get them for cheap or how?

Just pulled these out from an old collection I found cleaning out my moms house. Only ones I felt worth still keeping. 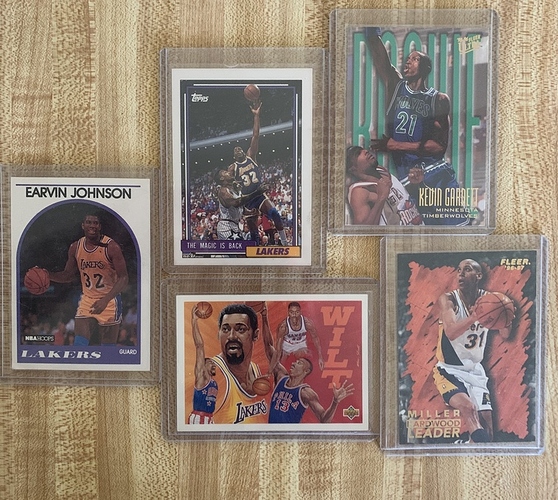 Had a ton of Shaq and Kobe ones but no clue where they are.

And will always remember the thrill from the introduction of Skybox cards. Even more so than the thrill that came from the first Upper Deck baseball set.

That Was a Thing: Skybox Basketball Trading Cards Were Incredible

You probably forgot how awesome basketball cards were. 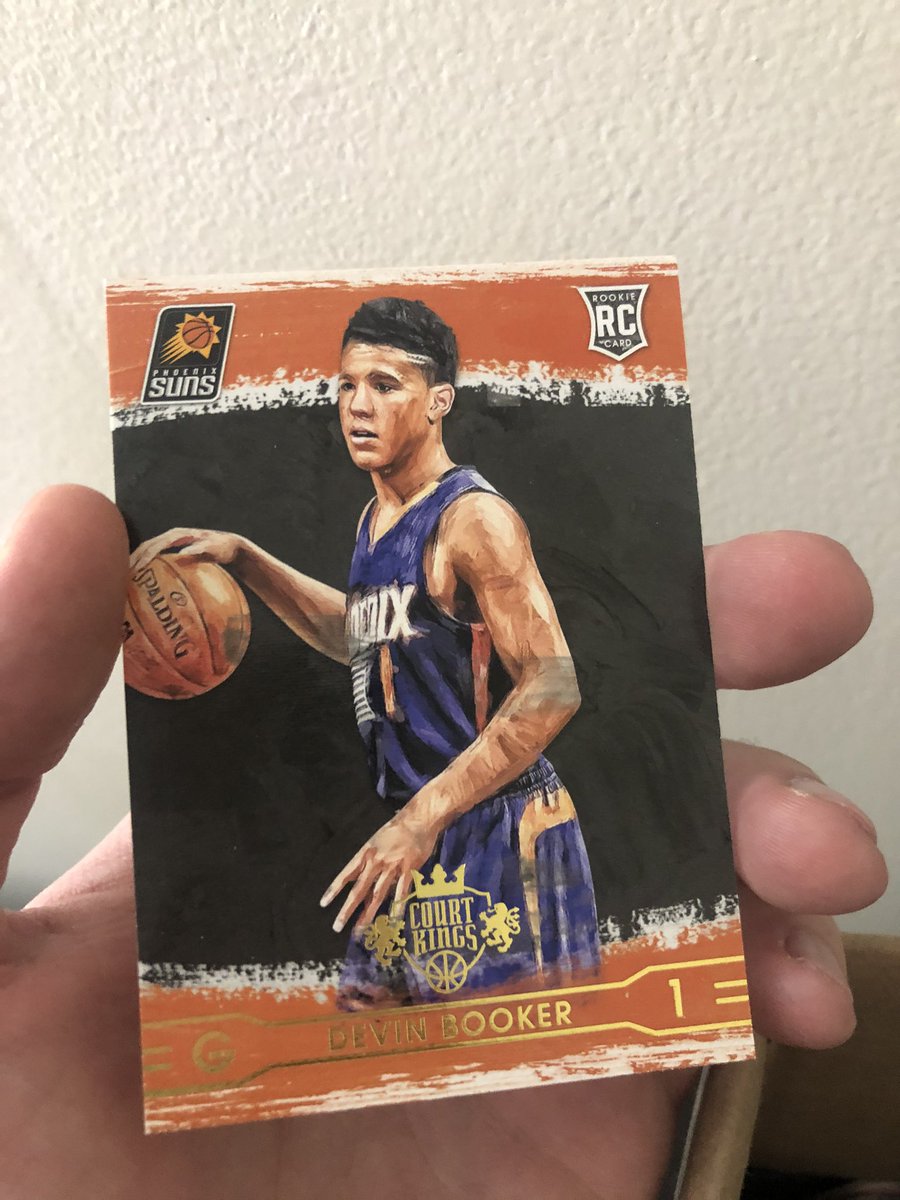 Found this and some others in a box im sorting through right now, lotta legend 90’s autos that i got back in 2015 I think i started collecting around 2013 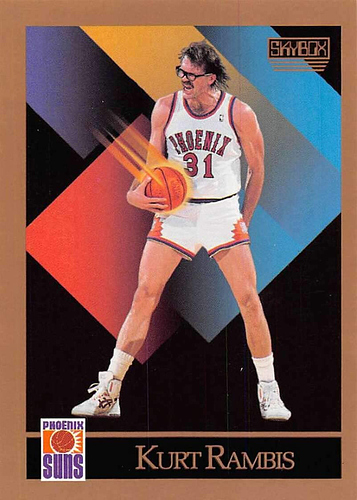 I can still remember how, back then, this picture made me think of a caption like “Come ON guys! Knock it off! If you keep fouling me, I’m fucking going HOME.”

I started collecting in '86 but unfortutely I sold off all my good 80s cards years ago. I once sold like 10 Jerry Rice rookie cards to buy a copy of Iron Man #1, which I then sold later to buy more packs to pull

The cratering of comics and cards is actually something I sort of am happy about. Because it makes it emotionally easier to not go through the effort of hunting down the boxes of them in my parents’ garage, and not worry about them almost certainly being moldy and/or chewed up by mice or whatever.

I dont buy cards anymore. But they are selling now those in boxes and packs ii guess

Can you sell them for profit or is it not really like that?

Cards sell for a ton lol all depends tho

Dude a Lebron card sold for 1.8 million so there is big levels to it.

Some rookie cards like Zion, Giannis and Luka have gone from something like $30 - $1,000 in value in a year

It’s exploding in popularity since covid too, driving demand for cards (and prices) up

I’ve spent a few hours the past few days sorting my comic book collection and taking inventory, and I’m going to do the same with my 80’s & 90’s baseball and basketball cards the next few afternoons. It’s actually been a lot of fun.

On a separate note, I have a first print Booster Gold #1 in super nice shape, if anyone wants it lol.