We got Ramsey! Let’s turn this shit around(LA Rams) 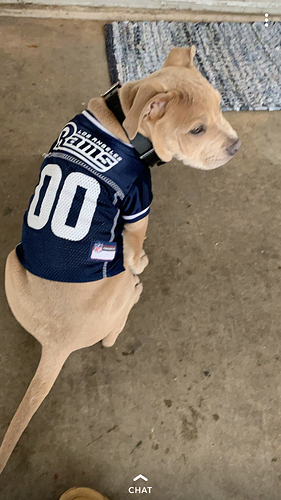 We still need to sure up that line. Corbett or whoever won’t be a fix, and notebloom is done.

The offensive line is still terrible. Probably still finish 3rd in the division and have to fight for a wildcard spot lol

This is a desperate move for a CB who had been slipping lately.

Yea the defense already should be better than it has been. The league seems to have figured out Goff and the system. Good move for both parties honestly but unless the rest of the defense performs it won’t matter too much.

Goff will be fine, we will add new wrinkles and get the wrs running shorter routes, Everett might be out best target right now, gotta get him more involved, I think our offense will be fine, as far as Ramsey, we fits perfectly in our man press system, unfortunately he won’t have Talib to play with him so teams will pick on Troy hill all game, hopefully we can scheme Weddle to that side of the field or John Johnson to help hill out

I watched the second half of rams-49ers and Rams looked really bad. Think this is an overpay. Wonder if the chiefs offered anything. Would have been a big move by them.

I wonder if Ramsay would have helped with the 157 total yards the Rams mustered on Sunday? lol

Yea he could of help on 3rd down, gave our offense more possessions and possibly caused a turnover, gave them a shorter field, a player like him, elite level, tops at his position can definitely help the outcome of a game

Jags getting a top 15 pick

Damn they gave up a lot. Jalen is probably the best corner in football and in his prime, but 2 first rounders and a 4th. Jalen is looking for a new contract as well. This will be huge for Jacksonville and LA… Rams get to Have a defense with Aaron Donald and Jalen Ramsey on the field (nightmares). And Jacksonville gets to make a 2 first round selections for the next 2 years.

I think we got the better end of the deal, we won’t be bottom of the league for the next two years, he definitely deserves his money and I don’t mind us giving it to him, he is without doubt the best corner in the league, Talib will be gone next year, Matthews too, probably Weddle as well, start over young

Is he playing qb?

Who is in your opinion?

Gilmaore as the best. Heyward has consistently been one of the top 3 best as well and Sherman is playing real well this year too

It’s his contract year and we have 100 mill wrapped in 6 players. He’s going to want his money too. Kind of worries me but peters would want the same amount of money.

Peters is a zone cover corner. That doesn’t work for Wade philips. Long & Ramsey are great man to man corners. The defense will look a lot different the rest of the year.
They’re playing ok, considering we didn’t convert a single 3rd down and only gave up 20 points & played an away game at home.