Him and Wandy are the goats

You’re right. Rose and that style is nice but you also have to risk taking damage at times to land your shots

Can we play together bubba

OH SHIT ITS OUT? Gg

You would make me humble 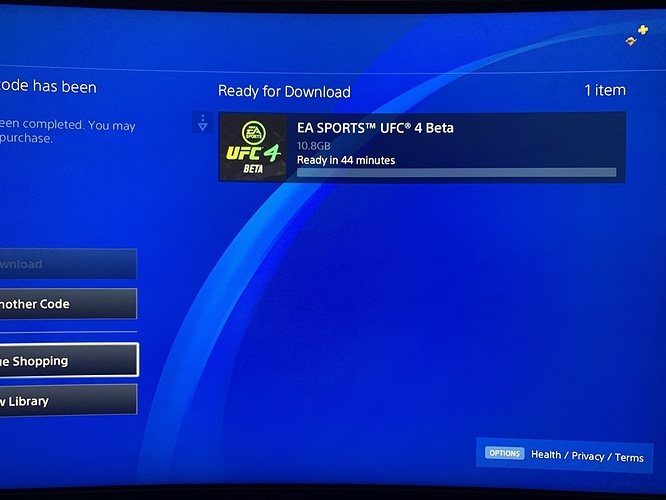 Dam betas out? I’m low-key dissapointed that we didn’t get Pride mode. The dojos and backyard arenas are cool i guess for new scenery but it seems a bit desperate tbh. A boxing mode would be cool since we have Fury and Joshua in the game. Doesn’t seem too hard, just stand up and clinching with kicks and everything else disabled

Break their back, fuck their ass, put them in the camel clutch

And make them HUMBLE

Oh I’m hopping in this fashooo.

Thus far I’m disappointed and feel as if the game is a step back from 3. This is my honest opinion and I understand it’s a beta, but not much will change from now til release. It feels like they just deleted 3’s mechanics and went back to how 2 played, which I wasn’t a fan of too much. And don’t give me “you’re mad because you’ve been losing”. I’m an elite ufc player and understand how the mechanics work to the fullest.

Gameplay is much faster, and I like that. Punches connect better, and overall gameplay feels more fluid than 3. Graphics are noticeably worse than in 3. From the fighter select screen the models look horrible and you can see pixelation around the frame

I refused believe they could possibly make the ground game worse in this game than in 3, but they did it. The person on top has a huge advantage over bottom, as they should, but it’s damn near impossible to get up. The submission system is absolutely horrible, you can barely tell which meter is yours and the person doing the submitting has a huge advantage

Camera angle in the octagon is bad, hopefully they allow more options for that in the official release because this angle is ass, feels like the camera is on the ground

Overall, I’m going to stay away from preordering the game until I see improvements. I was ready to preorder today, was mad hype to finally play it and thus far I’m disappointed. That can change but these are my thoughts, I’ve played a good bit of matches. EA has a lot of work to do to get this shit straight before release.

We’ve been waiting 2 and a half years for this shit, EA. Get your fucking shit together you’ve had years to improve on 3 which was already a good game. They have to be holding back on the current gen version for next gen, because this shit is not what I was expecting to play. This shit sucks man.

Sorry for the long winded ness but I’m pissed now. Get your fucking shit together EA.

This is not the simulation MMA game that improves on UFC 3 that we were waiting for. This is as arcadey as it gets. I can’t express my disappointment bro. 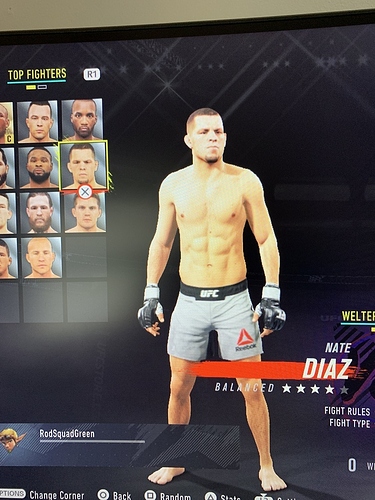 This is not my phone fucking up. This is literally how the fighters look, extremely pixelated around the edges. I’m done.

Shit is fucking garbage man. Like how can you possibly make the game worse than previous iterations with almost three years off. EA fix your fucking shit or I’m skipping this game.

The blood literally looks like red papier-mâché. I can’t believe a company would drop a demo/beta like this. Game looks like it was designed for the PS2.

but it’s damn near impossible to get up.

Good, I hated how every single time you take someone down in UFC 3, they get up within 5 seconds. Ground game was useless.

Masvidal being on the cover is an L. Dudes a career gatekeeper that nobody cares about. Cover should’ve been Khabib wrestling a bear

I disagree. It was favorable to the person on top if you knew how to block transitions in 3. It’s much worse on 4 trust me. Garbage game