I can’t recall ever hearing Duncan speaking ill of other NBA players but apparently he did not care much for Jordan.

Patrick: That’s it. You met Jordan?

Duncan: But Jordan’s Jordan. I’ve always respected him but I’ve never been a fan of his.

Patrick: Why aren’t you a fan of Jordan’s?

Duncan: Because everybody else is.

Patrick: Oh, so you don’t like Michael Jordan because everybody else does.

Patrick: You respect him. You just don’t like him?

Duncan: I’m just somebody that isn’t that impressed by him. There really isn’t anybody in the world I’m impressed with.

There are countless stories of Jordan being a complete ass so it makes sense that he wouldn’t be well liked by some people.

I don’t see the issue. We all know Tim’s personality basically just saying he respected his game but wasn’t fanboy mode like most people are.

Duncan’s a GOAT. I respect his opinion.

This is that time he laughed on the bench. Totally uncalled for and vulgar move by Timmy on that one.

Duncan: I’m just somebody that isn’t that impressed by him. There really isn’t anybody in the world I’m impressed with.

That disqualified duncan. What a stupid sentence.

I’m just somebody that isn’t that impressed by him. There really isn’t anybody in the world I’m impressed with.

I love Timmy, but that’s his personality.

Depends totally off the context. He’s maybe referring to that MJ aura, the one that gives MJ total freedom about trash talking and being a dick.

For context, this was said in 1998. So Tim was pretty young.

So what?
It’s normal for people to dislike another especially a fellow competitor 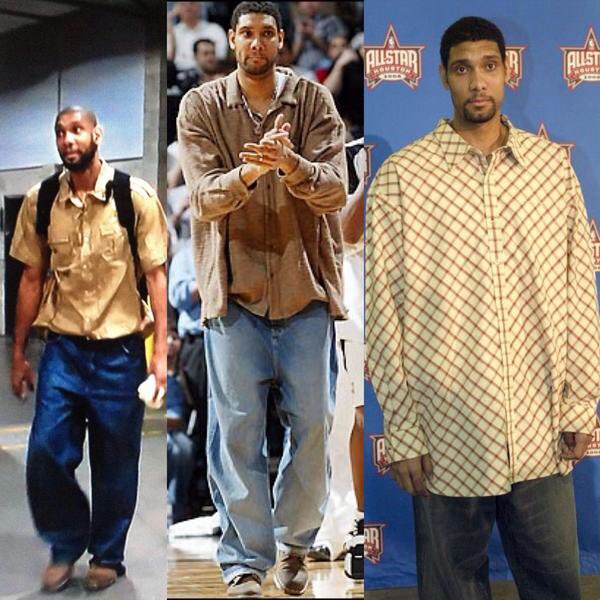 Are those jeans or duos diem sleeping bags?

They serve both purpose

I remember a thread on Reddit from years ago about a guy running into Timmy at a Kohl’s in San Antonio.

It’s the second sentence. There’s nobody in the world i’m impressed with.

Jordan was completely goal driven, not by being nice making friends

Nah man you have to be nice to everyone and hold their hand.