The Last Dance some glaring omissions

No mention of Jordan’s family life or his marriage to his first wife Juanita and that may be due to the fact that when she became pregnant in 1985, Jordan flat out denied being the father and she filed a paternity suit so it’s safe to say this marriage that lasted 17 years (1989 to 2006) was not one of love. Add in the fact that Jordan was a known womanizer and that may be the reason there is no mention of his ex or his family life.

Digging good for your case. Now compare that to the guy whose married to his high school sweetheart and it still doesn’t make him the goat. Nice try tho

Only you know what the hell you’re talking about.

why does this matter? why does the way jordan lived his personal life need to be in the documentary, or be included in his goat case? this is speculation on why jordan never loved his wife which is just an unnecessary dig at the man. you dont know that. neither do i

Does anyone actually care? Probably not. Maybe? Nah, nobody cares.

Nobody cares. Besides that Jordan had final say so on this doc. Im sure hes gonna put that in there. 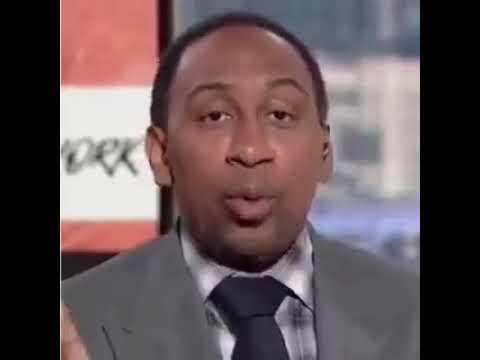 The series was called “The Last Dance” not “Michael Jordan: A Life”.

Everything in the series was either about the last Bulls championship season or told to give context to the last season.

Some of y’all need to retake some general education courses.

So if someone has a rape or murder charge u still won’t have any bias?

not really no. i respect how good of a player karl malone is, even though he is one of the most detestable human beings ever

Now we’re moving into different territory with some of the most heinous criminal offenses in the legal code and arguably in our innate moral code compared to a paternity case.

But to humor you, if it’s not relevant to the focus of the doc then why should it be in it? If they make a doc about Kobe’s last season I don’t want to hear a god damn thing about his sexual assualt charge unless he was missing free throws because of it.

Was just asking if anything effects the goat status which I don’t care how good u are, doing shitty things will shine more than talent

yea that makes sense. the context of this thread though is the docu-series, so that’s the way I was looking at it.

but to your point, all you have to do is look at O.J. Simpson to see how that could affect your standing among the greats in a sport. He’s not in a GOAT conversation or anything, and he was even acquitted, but if you murder someone (or if a large swath of the public believes you did) then it’s likely that your on-field/court success is going to be overshadowed.

I agree, I don’t see how wanting a paternity test to see if this chick u piped once was telling the truth bc u got a target in ur back is a bad thing at all

Who even cares about that shit?
The only real omissions are the disrespect for Kukoc and Harper.
They had a 10 minute segment with Kerr about a shot in a game where he scored like 6 points, but no mention of Kukoc and he scored 30 in that game.

why does this matter? why does the way jordan lived his personal life need to be in the documentary,

I would ask why did his former teammates drug use “Cocaine Circus” need to be mentioned in the documentary? That event had nothing to do with the 6-0 run u less he was trying to paint his teammates as druggies who didn’t care about winning until he got there. But I agree his marital issues have nothing to do with The Last Dance.

u right and it caused a couple of issues with former teammates. i think it was being used as a bridge between the old bulls and new bulls but there were better ways to do that

I think it just boils down to what you wanted out of the documentary. At least for me, I had already known about most of the basketball stuff, minus a couple stories here and there, but was genuinely curious as to how far back they’d pull the curtain on Jordan as a person. I know it’s called “The Last Dance,” but let’s be honest…this was mostly a Jordan biography with a few segments here and there on some select teammates.

Although they kept it almost squarely focused on his basketball career, he still had a number of relationships in his life that he clearly treasured (his dad, the head of his security team), so from that perspective I thought it was at least kinda curious why there was nothing as far as what Jordan was like as a father, given how much his own father meant to him, or why his wife and kids barely got any mention.

I can see where if you’re just in it for the on-court stuff then that might not be your cup of tea, but I wouldn’t have minded some stuff to humanize Jordan in that sense instead of the directors going back to the well for the millionth time about how MJ took some person’s insignificant “slight” as contrived motivation.

I would ask why did his former teammates drug use “Cocaine Circus” need to be mentioned in the documentary?

Every story needs a beginning