I know he’s not going to be in your main team but as a Bull fan who use a Bulls theme team, i don’t understand why the Opal has worse stats than the PD evo version in certain categories. Is he going to have a better Opal card or even a dark matter one ? There is no reason to make him “weaker” in certain stats than the PD.
And also, I have DM Phil Jackson as a coach and is fit is only “Average” compared to the “Good” fit for the PD. Because of that, he doesn’t have the 3 pt boost compared to the pink diamaond who can go to 88 3 pt stats with the duo lol

The Opal is overall better of course, but the fact he didn’t have the 3 point boost from coach compared to the PD made me want to make this topic. It’s the same player, why is it different ? lol

2K will always find new and different ways to make their free cards less usable than those in packs. 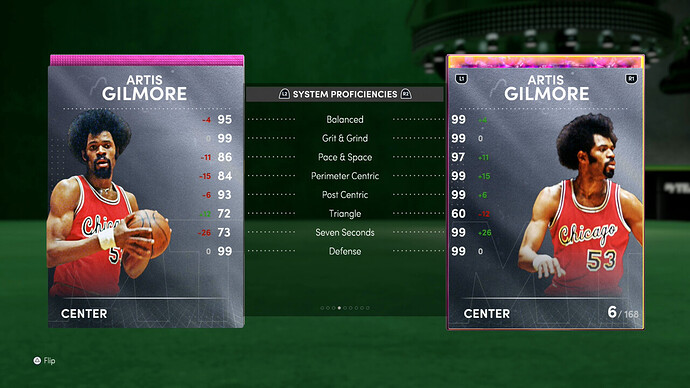 That’s literally insane! I mean was 2K really worried everyone with Phil would go 3pt hunting with Artis Gilmore?

Thank god 2K saved my opponents the trouble of facing my overpowered Opal Artis with an incredible 70 3p rating. And what if I added 3pt Grinches?? He would have been an unstoppable machine!

It only needed to be 61 too

Lmaooooo they think they’re so slick

If 2k were smart about it though, opal cards being worse in some areas than their pd/diamond counterparts would still be pretty cool.

Example: 2016 Lebron would obviously be a DM card, but let’s say a PD lebron from his early 20s has slightly more speed / accel & slightly better dunking & more athleticism, but worse every where else… I wouldn’t be opposed to that 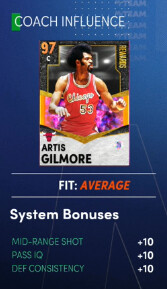 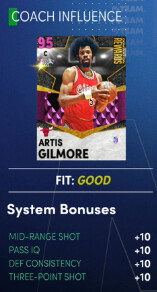