Steph Curry Doesn't Think The Moon Landing Was a Hoax 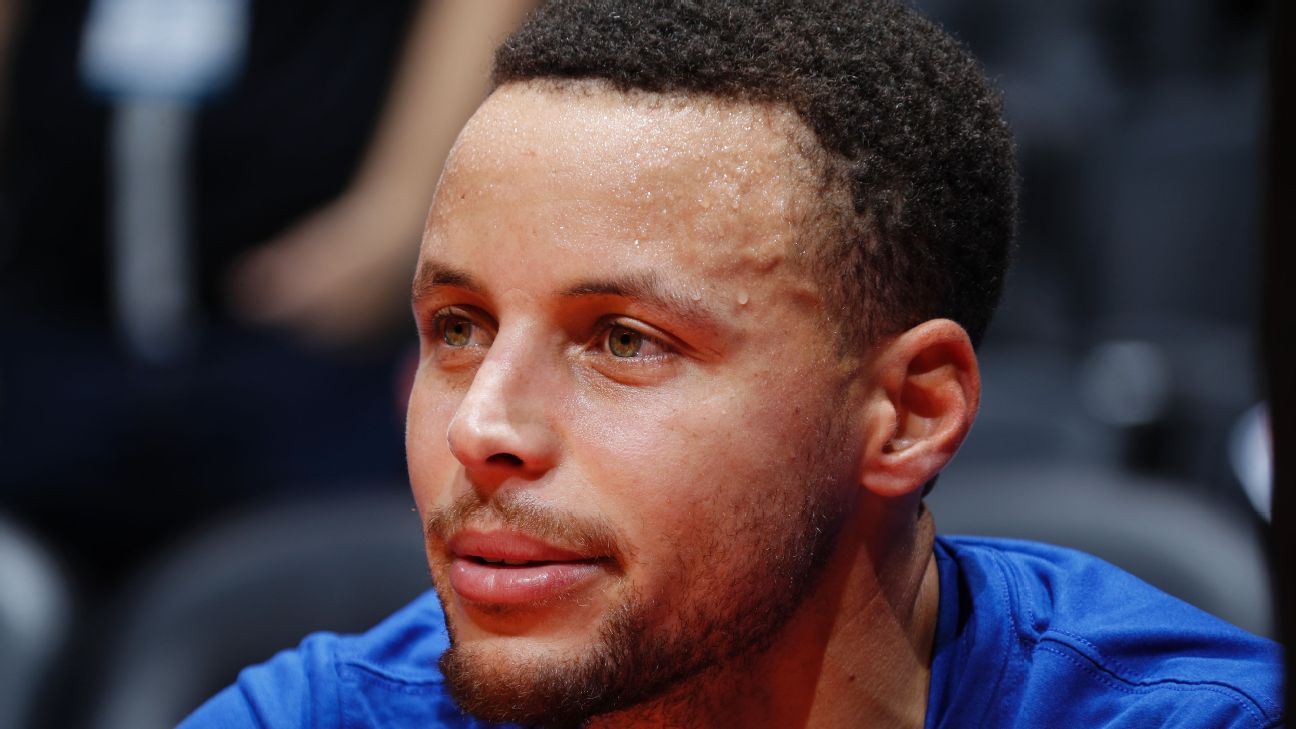 Curry: Comments on moon a joke, will visit NASA

Steph says he was joking.

In other news: Jalen Rose apparently doubts the authenticity of the lunar landing missions. Thinks the biggest sign that they were hoaxes is lack of progress since then. “Where’s the progress” he asks Jacoby, seeming to be blissfully unaware of all the demonstrable ways in which he sounds foolish.

Steph said he was surprised that his joking faux-implication that he’s a “moon landing truther” caught so much traction in the press.

I don’t believe him.

Steph knew that his joke was going to be a new bomb. He did it on purpose. And he did it to help get word out that his buddy Baze has a podcast with Vince Carter, and it’s called Wingin’ It, on the Ringer podcast network.

I mean it’s not like there’s a shit ton of evidence that we did go. NASA taped over the original Telemetry data for some reason. A “moon rock” given to a foreign diplomat turned out to be petrified wood. Etc. Etc.

Not saying I don’t think the US went to the moon, but it’s not as open and shut as people think.

I’m not sure what you want me to stop. I’m not saying it didn’t happen, I’m not saying that a large portion of people who don’t believe the US went to the moon aren’t batshit insane and use faulty logic. But the fact that NASA taped over one of the most important pieces of data in the history of the country is rather odd, no?

We have retroflectors on the surface of the moon. You can organize (if you have the funding) a highly calibrated and powerful laser to bounce its light off the reflectors and back to earth. How do you suppose those mirrors got to the surface and were calibrated to angle back to Earth?

Tupac is alive and in Cuba.

I want you to stop acting like its not crazy to hold that stance. There is absolutely ZERO validity to the “I dont think we landed on the moon” claim and if you take that stance youre in denial.

@DaNali what do you think about the JFK conspiracy

10 to 1 Curry got calls from UA, Adam Silver, and a couple other people telling him to walk this stupid shit back.

I think that Oswald fired the first shot and a second shot was fired by an additional shooter.

I think thats a fact. Just in a less hostile way.

“Please, walk this stupid shit back”

I went to dallas way early this year and saw the spot and everything. Pretty interesting to be there visualizing it happen haha

I went to Dallas to see the Mavericks play the Rockets nearly 14-15 years ago and saw TMac and Dirk go off for over 100 points combined. I visited the Knoll too.

Okay man, I don’t see why you’re so mad. But okay.

More to the point, If I were LeBron, this would have pissed me off, joke or not. It de-legitimizes his efforts to give athletes a voice outside of sports.

There’s a huge museum in Michigan, a little outside of Detroit called the Henry Ford and Greenfield Village. They have the limosine, the chair Lincoln was assasinated in, among a lot of other cool/eerie pieces of American history.

Im not mad but I am sick of hearing that “we didnt go” is a legit point of view that too many people hold.

Tupac is alive and in Cuba