Stage tourney with a top guard

He is a very good passer in comp pro am , in the stage it’s difficult with this intense games to 21
This comp stage is too much i ve tried one time
And they are just on another level of pressure and baiting

@Pedronqneves Didnt you say switching or playing sides couldn’t be ran in park? Well now top stage players are doing it this year haha. With smaller bigs, you can switch or play sides easily 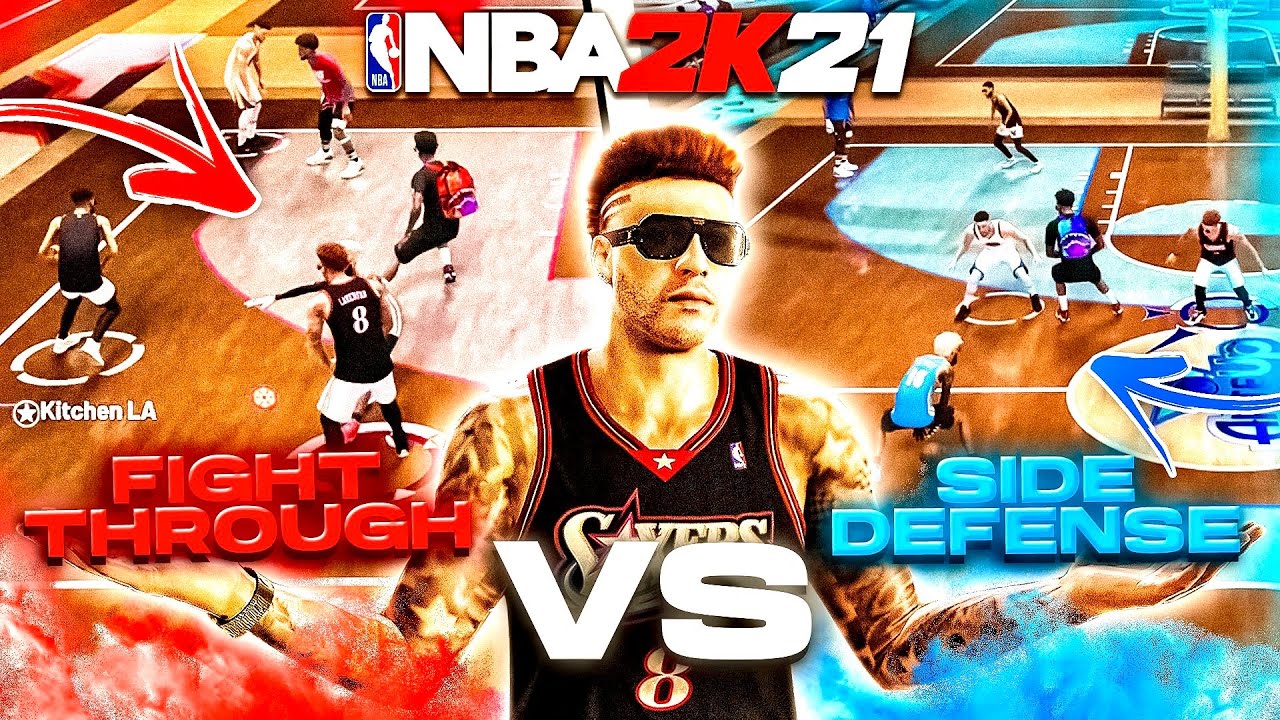 Play sides isn’t switch alll
If you switch all with your 6 8 you will be lost against a good guard .
Laker fan don’t play comp stage never in his life ! What they do sometimes is double and drop on slip from the corner on crunch moment
If you do this aince the start you will lose .
I only can switch all on my team with players without weakness don’t happen here

Laker fan always do this , he is an amazing Teacher but he translate what he plays on regular stage to comp
Isn’t what happen
If you keep switching you will lose a stage game almost every time

And even now some people on pro am are using 6 10 again to dominate the paint , in my player all the builds have weakness in general and you lose something to have something
My team you can just switch all at certain stage and call it good defense with 5 7 footers with max tendencies , speed and badges

That is not correct dude. Playing sides is switching all. His team is switching each time depending on which side the guard takes. With his build he can guard play shots and bigger guys which is why it works so much. Same thing the Warriors did for years with Draymond Iggy and Klay.

No ,
Switch all is changing the man
Sides is guarding the space !
And this defense is terrible on stage because you start to give free 2s every possession
Good hedging is the best defense for pnr , but the one that requires more stick and communication !
Laker fans don’t play comp stage or pro am tho
You can’t switch all every time on the Nba or you will lose something
That’s only good on my team with those unrealistic cards that kill all the basketball principles in the mode
@Fra44 played both modes and he can say the same
On pro am you need to good hedge or double waiting for rotation. Very good ones , to avoid open 3s or easy slips

When you switch all , your man changes , on sides you guard zone
It’s different if you switch all on stage you will be killed a lot of times ( bad strategy ) if you play sides ( free 2s ) if you hedge like a monster and you have crazy good communication with your lock with a crazy stick skill
You are the best
That’s why the best C and locks in the game don’t play sides and switch all
Only when they can’t gave a 3 for game and have odds

Who are these mythical best C’s and Locks? I aspire to be as wise as them one day.

Anyways, sides can turn into covering a zone and then returning to your original man, or switching. It gives you options, and honestly is a great method with or without communication if both players know what they’re doing.

But wait someone from here play stage now ? Or pro am ?
I want to play people from here

When you play sides, you are looking to cover the ball handler on both sides and wait for the switch. Slipping is a good counter to it if the offense has good communication. But if a guard is just dribbling around silly looking to 3pt hunt then sides/switch will contain him

eh…in this very specific scenario…playing “sides” is switching. you’re literally handing off your defensive duty to another defender on the PnR and switching to who he was defending. Sides is made up terminology here.

A bad strategy against good guard bro , they will hit the slip , or hit the corner if the corner drop ! And against good guards you can’t put this C on them or they can even be crabbed in the middle ot the switch
Hedging requires better on ball defense and chemistry , but it will be alway the better defense if properly executed

this begun last year when I commented your video right ?
I remember the context and I will clarify my position ( this is a good tópico have on my opinion )
What I was trying to say is simple , that’s only possible in general in my team for easy reason to get ( bigs with 99 speed and max defense , and all the 5 position with players with all badges and tendencies etc ) switch was a good defense specially against those player that tried to mimic pro am and stage guards .
They normally run everytime to side of the screen and tried to flick RS down to shoot , against that switch all on my team was perfect ! Against good guards that wasn’t a good defense for some reason
Guards hypothesis :
Easy slip
Deny the screen
Crab
Quick stop in the middle

Honestly the easy one to do was terrible in my team you can’t send the guy to slip while dribbling , so if you denied the screen you would be open almost everytime if the screen hit !
If the screen don’t hit , a good option was to crab ! Everyone was going over in the screens giving a lot of space to crab , quickstop in the middle was a change for confident dribbler and shooter without the screen hitting .
Switch all can hide bad on ball defense , and lack of good hedging !
My opinion was : just try to force yourself to a difficult path but that can reward you if you face a good pnr player in long term !

I’m as a guard , when I face a lock with a good hedge it’s like playing chess , a guess game ! When I see sides I will hit the slip everytime or force the worst defender if I’m from behind
Switch all I will just iso the C for 3s or throw a lob in the paint .

Laker fan is One of my favorites , but he always trying to prove his point with videos that he choose to do , he never played competitive stage or pro am and he can play sides everytime because his guard is very good and he can give up 2s and score 3s every time on that regular stage