I think we better have a seperate thread for this, would be useful to know if they make noticable difference + let others know when we sell. I’m interested in these cards

. I have a Mitch with hof c&s, Hakeem with hof deep fades, Manu and ruby Klay with hof heartcrusher. Hakeem carried me through 3 ltd weekends so he is my favo among all. What gems do you have ?

I just put a HOF Rebound Chaser on Diamond Giannis. Probably not smart, but I know myself and there’s no way I could have held the badge long enough to put it on an Opal/Dark Matter.

That badge makes significant difference in offensive rebounds so far i have seen, Shawn Marion grabs a lot out of nowhere.

I have nash with a hof difficult shots badge lol. He also has range, clamps, intimidator. Pretty cheese.

I just put a Stockton up on the PS4 auction house with HOF Range Extender and maxed out upgrades. Dude is a beast and can shoot from anywhere.

I bought him with the RE and no longer need him. It ends tomorrow around 1PM ET.

Fully badged Kobe with HOF flexible and RE. Never ever selling that card (until another Kobe drops)

I could definitely get that if i knew

How do you guys get so many good HoF badges? Spamming packs or getting lucky with unlimited rewards/season levels?

Buying cards that people badges up and then sells

Some stuff really changed in 21, positive. Check 2klab.
The RE seems to be the same. A must have on hof for shooting lights out … 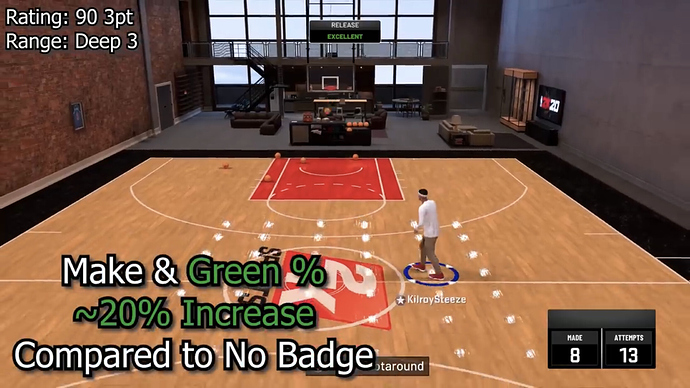 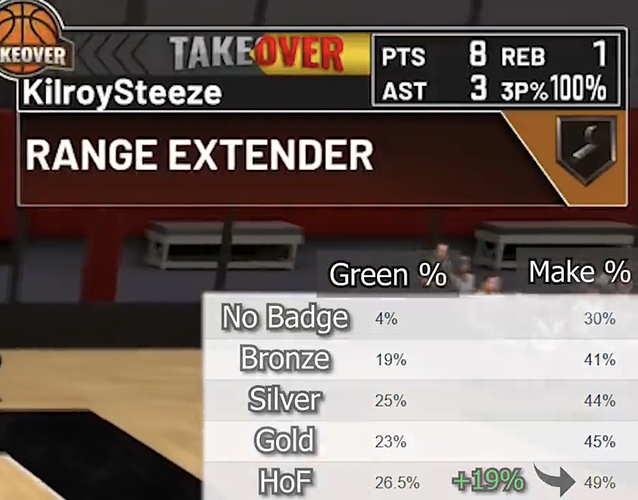 Same, Hakeem carried me to Pierce, I sold him after though

I accidentally put HOF Rebound Chaser on Draymond; I was only trying to upgrade him to Gold but the game just took it as if I wanted to upgrade it all the way to HOF

That being said, he’s a monster getting rebounds, he’s been carrying during all time dom, got him at C and so far haven’t had a problem with the crazy centers

Found a hof c&s Kobe next to Mitch. Hof dimer IT to both of these hof c&s boys will be nice

I have an Allan Houston I found on the AH with four HOF badges and a three point shoe. Acrobat, Cross key scorer and clutch shooter added. Only paid like 50k. I keep wondering if I should test the market with him.

someone on xbox might break the highest selling card record over the next day, kid posted a kobe with hof range for a 24 hour bid…