This is WAY off topic, but think about this:

No one has ever been in an empty room.

People with claustrophobia are fine with their brains being trapped in their skull.

If you rip a hole in a net, it has less holes than it did before.

If James Bond is the world’s most famous spy, doesn’t that mean he’s the worst one, too?

What are snails even trying to do

X88B88 looks like the word voodoo reflecting off itself

Security at airports is ridiculous UNTIL you get to baggage claim. Then it’s just a free for all. 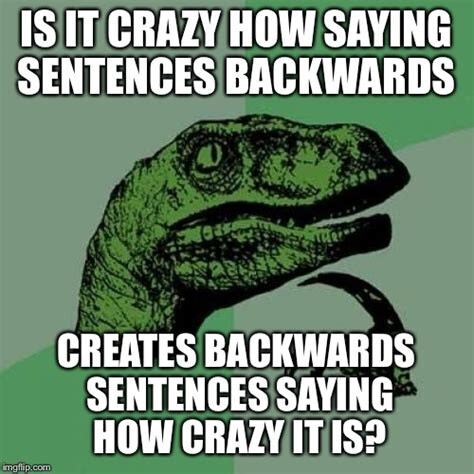 Do you see it🤣

Being ugly is just playing life on hard mode.

Pixar is just Disney without people singing every 2 minutes.

Your stomach thinks all potatoes are mashed

This is one of my favorite ones of all time.

Brushing your teeth is the only time you clean your skeleton.

Anything can be used as a hammer if it’s used wrong (or hard) enough.

If life keeps getting harder, that means you leveled up.

Whenever you think life is too hard, just think of what level you can be

“I wonder what my dog named me?”

Seeing as how both Batman and Ironman’s only real super powers are that they are super rich and very smart, Bill Gates and Steve Jobs sure turned out to be disappointments.

You can never die in a dream because you don’t know what dying feels like.