Should I sell Larry Bird?

I sniped him last night on Xbox for 69k. The lowest price was 78k. Keep or sell?
My team: https://imgur.com/a/uEXRUgH

Just sell. There is much better for cheaper. Btw I’m Anonymouses on 2kmtc. Or dwaynewadeisagoat lol

Who can I get? I’ll probably have 100k after Larry sells.

I thought you already knew what my team is like. I already have PG13 and I think Kyrie is still 100k+.

I think as long as I have PD Tmac Bird and Hakeem at some point, I’ll be satisfied. That was the peak of my excitement last year, the free PD Giannis was the cherry on top.

The don’t lock in sets lol that why I deleted.

for me, I would just want Tmac and Lebron. 2 great players.

Klay is a better, cheaper Larry. Klay is better at everything honestly. I had Larry first week and loved him but he’s been outclassed

Larry hits a lot of whites for me. I think it might be because he does not have steady shooter. BTW here’s my team: https://imgur.com/a/uEXRUgH

Sell sell sell. You should only hold cards for use if you are making MT to cover any loss/drop in price. He will most likely drop soon, as will PG. unless you’re currently in a consistent MTU grind, sell out everything.

I’ll keep that in mind.

I’ve liquidated everything of value (except for Wilkins) in anticipation of not only tomorrow’s drop, but also the fire that’s bound to come with next gen release.

NO. Short answer and to the point

(Pics in next post to avoid my own confusion) 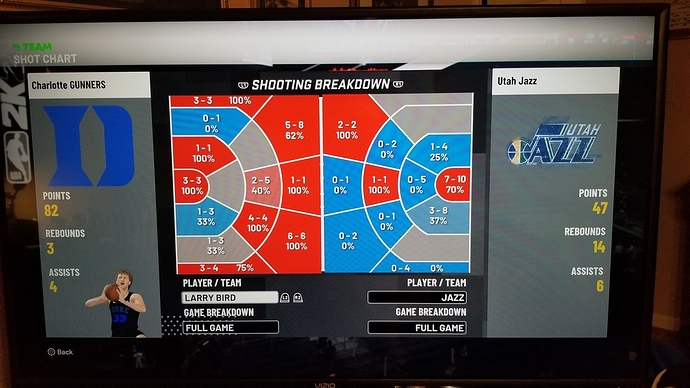 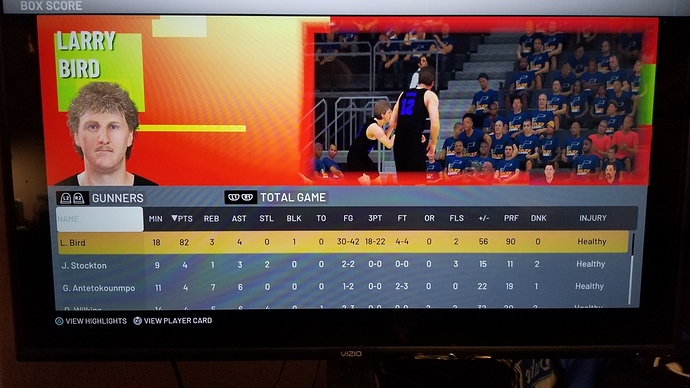