This going to be fantastic. Wonder what they meant about releasing a bunch Kobe’s and Shaq’s for EG versions of each.

Strange they did not mention anything about Limited.

Dr. J for tokens. I guess it could have been worse…

No Invincible or End Game from the token market, as expected.

Yeah, we’re at End Game or bust. Nobody wants Invincibles. It’s not invincible if it’s second-tier. Send them a fucking dictionary. 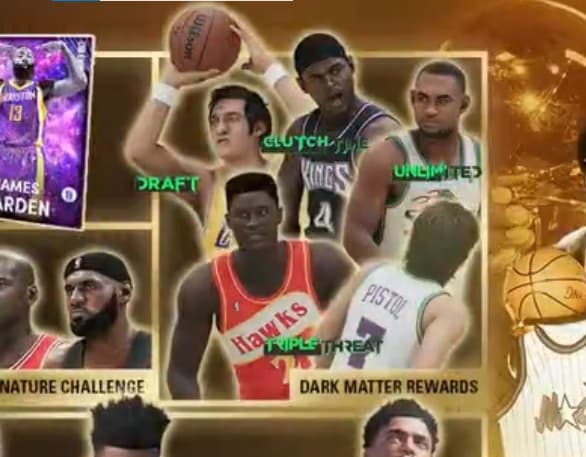 So CWebb will be on the wheel?

Personally, I am very happy with Inv Doctor J as token reward and with a new domination (with an EG Harden reward!)

let’s see what the 20 MyTeam Anniversary cards will look like, good that we already know that the reward for the set will be an EG option pack

Did they mention a exchange reward?

It depends on what release they give the card and personal preference. For me, Wilt low key sucks because I can’t green his release and his shots always are contested. He is also surprisingly bad at grabbing rebounds.

Sabonis is a better card for me, as are Kareem and Hakeem.

So an invincible surely can be better than a given end game card unless you are skilled at taking advantage of the dribble moves. Or at least equivalent.

Dr J already had great animations so as an invincible he should still be great. Loved his PD. One of my favorite cards for awhile.

Yeah, you’re right. I actually only meant to say EG cards, don’t know why i included invincibles in.