What are some of the best Builds that are OP in the park?
(These are only opinions lol)

Pretty simple meta this year for the cheese balls… If you’re the ball handler make a slashing play maker (pure Playmaking pie). If you’re any other position make a shooting/defence build. 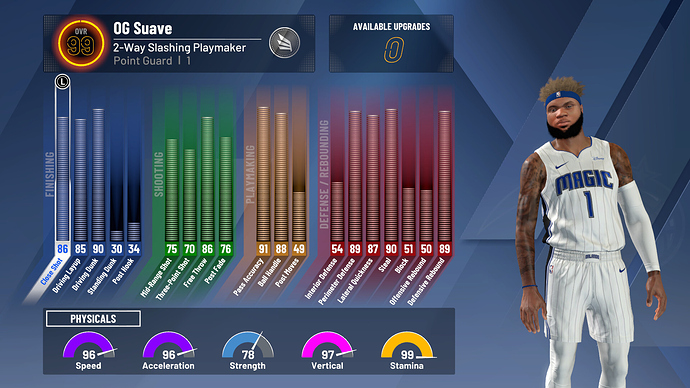 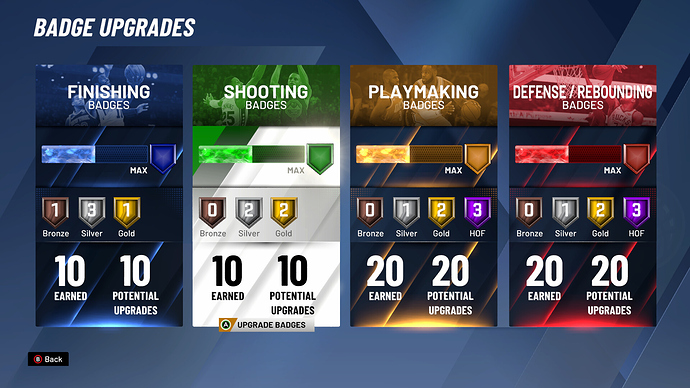 There is no recommended build as far as park is concerned, if you and your friends are good enough you can win with any lineup.

For a PG most people have an offensive threat (shooting/playmaking or shooting/finishing), but I’d recommend a 3pt playmaker or how it’s called (shooting/defending pie). It’s a great build that can lock up on D and btb pull up on offense.

For the big man as long as you can rebound literally anything is fine. I use a 6’5 playlock as the big man in 2v2 and 3v3, I have a 86 D-reb and purple defense badges and I own slow ass glass locks.
If you want a true inside big man I’d go with a 6’8/6’9 pure lock or a short paint beast, around the same height.
Another great “big” build is the rebounding wing(shooting/defense) I am planning to make it myself when I finish my playlock, I think I’ll be 6’7 height.

If you want another tip, I’d stay away from the classic 7’0+ glass cleaning lockdown everyone made at the beginning.

The offense you are going to face 95% of the time is the PNR with the guard dancing around the screen and pulling up for three.

You’re better off making a shorter, and hence faster, big man since with purple brick wall you can still set awesome screens at any height and you are quick enough to hedge hard the PNR and still recover if the opponent big is rolling.

If you are from EU we can run aah .
Iam play shot , there is several builds , what type of role do you want to have ?

There is a lot of great builds to pick from.
It really depends what you want to do.
Guard/wing/big

I know this is old, but I’m about to sell some MT and build a MyPlayer. 2 way slashing playmaker as a PG still the move? Certain heights or weights I should look at?

So… I’m about to make a 5’10 2-way slashing playmaker. Anybody gonna stop me?

I just like ballin it up with the little dudes. Figure small guys probably more effective in park than MyTeam.

It depend of your playstyle , it’s the better all around build for sure .i don’t know about size arms etc , I don’t have one but I think that everyone use the la monsta build
For that , it’s the youtuber that popularize the build

I like to dribble, set up teammates and play on ball D. Feels like it’ll be fun. Except no ones gonna wanna play with me as a random beginner.

I’m ps4 if not i would play with you

So what’s the quickest way to earn some badges?

alleyoops and assists for playmaking , alleyoops give you the most badge points

Layups and dunking for finishing

What build are you thinking about running with ? @Juicy_J_8787

So… I’m about to make a 5’10 2-way slashing playmaker. Anybody gonna stop me?

Don’t do this please meta build are 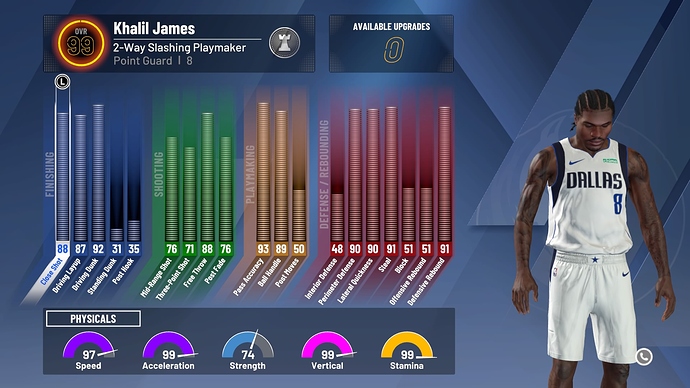 The deeds done though. I’ll make the best of it. Sold some MT to the homie and built him up a bit. I just wanna get on those badges ASAP.

Got so caught up trying to get as many badges as I could, didnt understand why I couldn’t get my guy to peak. Then I realized… 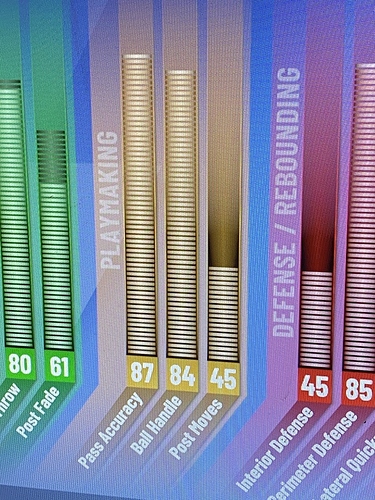 I’ve been playing 2 months with a PG with 84 ball handling.