Since it’s so close to Christmas ( a week and 2 days already…) we should be getting some solid content and for New Years too.What do you guys predict we will get for some content? Prime packs for the last card for Ray Allen for sure I think and a few new codes plus HOPEFULLY a Token Reward update (PLEASE WE NEED IT BADLY theres nothing new!!!)

I bet we get a pd bron or bird soon

Expect a Ben Simmons counter to be released asap.

My Prediction: PD McHale in Token Market lmao! Actually I’d prefer if they released a better Michael Redd at PD lol. Or a better Magic

I’m hoping for a Ben Simmons counter in the Token Market. I think a Diamond Or PD Michael Ray Richardson would be a good pick for that imo or a magic or something

I have the Ruby and he seems solid. A PD Would be LIT Asf Ngl. Would be dope to see that card with HOF lockdown badges and solid shooting. That would be a GG

It better be some big men.

We are so stacked on wings right now, but the only all time big men who have a somewhat usable card right now are Duncan and wilt.

A pd michael redd would never leave my lineup

Opal Shaq in token market would be lit but sadly I think hes gonna be a card saved for later on. I could see them release a PD or lower magic one perhaps tho which would be nice. Actually my prediction is we will see a phoenix,celtics or heat one sometime in the market this year

Me either. Thats why I’d LOVE to see them release it so badly

If they release a PD Russell, Moses or Hakeem in the Market I know I’d get either right away if they can play PF. I would love to see a PD Ralph Sampson be added tbh tho

Actually Opal or PD KG would be sweet

To have the Bron taken away only a day later?

I seem to remember thinking I bet we get some good content last year, then I think there was something which was nothing special then forum topics about how little there was because 2k closed up shop for two weeks. I might be wrong though

Last prime on friday then they say fuck it lol

To be fair I would be happy with that 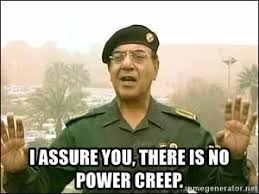 This to me seems like the perfect way to word 2K’s advertising. And Yes I put LaVar and LaMelo in there but to be fair they should be Opal LMAO

If only cousins had a card ughh. Him and Opal Big O would be sweet to see. Im thinking opal dirk has to be a reward token card this year or next or pd