No Diamond Player but these are a bit better

True lol, but that 1k mt should be a dia player

Only care for the tokens

wow, now everybody will pull the free agent pack with a card inside that has to be quicksold for 1 MT bc you already have it… 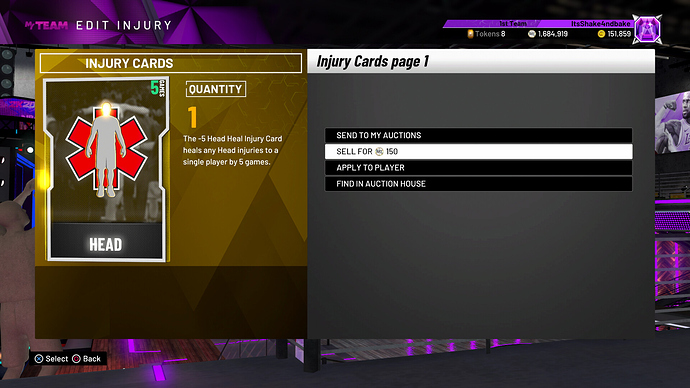 it’s gold , just got gold injury card in it…

GIMME THAT 20K MT… yes this is a complete sentence

The vault is trash. 6 tokens every 5 wins like last year was better

We all going to get a gold consumable pack

Bruh, I’d rather have 500 mt than a gold consumables pack

How is it possible that this broken piece of shit game continues to get worse, and worse?

Unless they were going to put a real insane player in there then I don’t really care. I got Hagan and never used him. I would have never used Doug West if I got him. Would have been nice if they replaced the player with a diamond pack. Which hopefully makes the diamond consumable market less expensive.