Russ put up numbers last night, in the Lakers OT win over the Spurs. With LeBron resting a “sore ankle.” Last night, AD and Gobert banged knees, so will he be held out of tonight’s game, especially since it’s a 2nd of a back-to-back? Will LeBron be back in?

Russ doing his thing with AD looks alright, but what does Russ + LBJ look like, for a full game without AD?

This is the plus side of Russ for the Lakers: leaning on him during the regular season to give LBJ and AD rest. And tonight they’re playing his old team, and they’re on the 2nd of a back-to-back, too, having played the Warriors last night.

Supposedly, AD is playing, and LBJ will sit out again.

The Hornets are uncharacteristically good this year, I can’t believe I deliberately found their stream to watch them in the middle of the night (it’s 2:49 AM in Moscow)

Fun team even if they’re not necessarily winning. I think most people had them in the #7-10 play-in range but maybe they ball out and win a middling seed.

Watching LaMelo be Peak Ball is kinda tuff for a Warriors fan, but can’t deny the kid is electric. 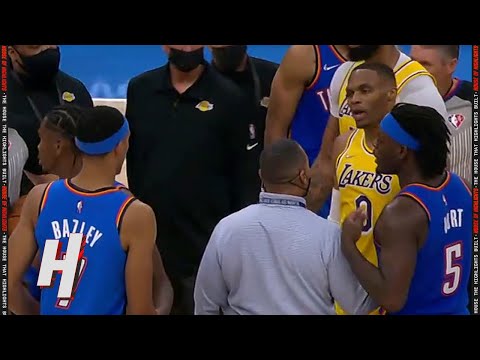 Also funny, I think, is Thunder Coach Mark Daigneault coaching the game while wearing this: 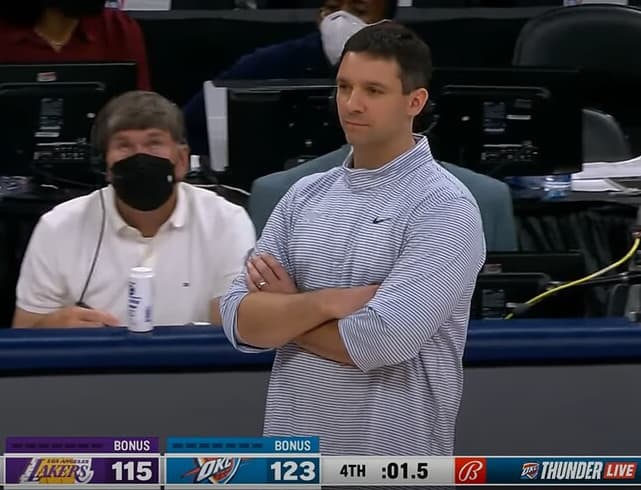 …AND the Kings beat the Suns.