So when the #7 and #8 play in their Play-In Game…whoever wins assumes #7 and plays #2, right? And whomever loses has to play the winner of the #9 vs. #10…and winner of that will assume #8 and play #1, right? Hilarious. Right now, presumably want #1 to avoid the Lakers beating the Warriors in the higher Play-In game, but never know if the Lakers lose that game and then win their next and you think you avoided them, but then you face them as #8.

Gonna clutch tight my weekend memories of Steph hanging 49 points on the Thunder, in just 29 minutes. Quintessential Steph/Warriors: one point shy of 50 points, 11 3-pointers made and so just 3 back from tying Klay’s record, and Steph was unconscious…but onto the bench he goes, because Steph doesn’t gun for stats.

Another day brings another harbinger of choke when it comes to the Clippers. Cannot stop D-Rose, and get buried by Julius Randle draining daggers down the stretch.

Russell Westbrook is one triple-double away from breaking Oscar Robertson’s record 🤯 Will he break it tonight? https://t.co/JA0i4pEENW 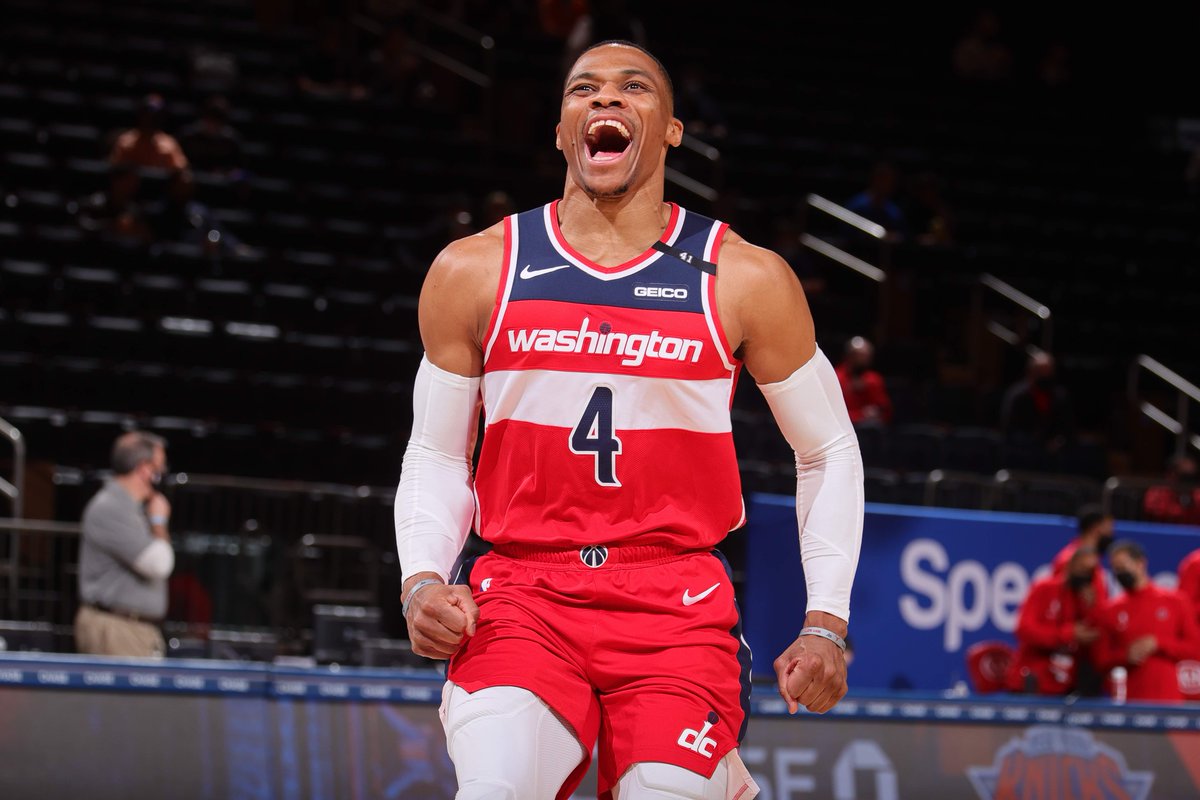 I think I have finally excepted that the bulls should tank the rest of the season.

He’s gonna break it, no doubt. He’s had a triple-double every night for like 10 games in a row.

The season from hell continues for the Boston Celtics: Jaylen Brown is out for the remainder of the season with a torn ligament in his left wrist. Surgery expected this week.
delusionalbullsfan May 10, 2021, 11:58pm #8

NOOOO!!! Welp, the Celtics are done. We won’t even make it out of the first round.

Damn it. Pels couldn’t get it done against the Grizzlies.

Warriors gonna have to get an improbable win against the Jazz to hold on to #8.

LOL, it’s not too fun to watch your team’s players nope the fuck out of finishes at the rim, because of Gobert.

Warriors either about to choke the game or dig it out, up one with about 10 secs left. Jazz ball.