All games pending COVID-19 cancellations. This virus is a fucking grinch, threatening to totally blow up the Christmas Day schedule.

This virus is a fucking grinch, threatening to totally blow up the Christmas Day schedule.

Not the Christmas Day game!

There’s five games, but some big names now in protocols, like KD and Trae, and also some pivotal names in good games like Wiggins/Poole for Dubs @ Suns. And just sheer number of people out means that there could be a good number of G-Leaguers playing on Christmas Day and possible that at least some games get postponed entirely.

@trala7 we’re not even going to make the playoffs

. Before the season started I thought we would at least be a 5th seed. Blazers futute looking disastrous.

A little bit of a roller coaster for the Lakers with LeBron twisting his ankle and going down, but then being fine, and playing big-time, but still losing big-time to the Suns.

Right now, hard to really appreciate the basketball, between all the COVID infection news, and corresponding signing of G-leaguers and over-the-hill vets.

Isaiah getting a stint with the Lakers. Joe Johnson coming back for the Celtics. Brandon Knight rumored to be joining the Mavs. Cheick Diallo for the Pistons.

Which recently-retired or on-the-bubble vets are likely to be suiting back up this season?

Yeah man we stink. Chauncy has been pretty bad so far. Our defensive schemes are awful in themselves but are also really not suited to our roster.

Dame has been pretty bad but CJ continues to be a black hole on court, Nurk continues to finish weak around the rim and the offence is still a whole lot of iso or shoot off screens.

Essentially nothing has changed and nothing will change unless we go with a legit roster overhaul. It’s time to move. Either trade CJ, Nurk, Roco for different pieces around Dame or blow the whole thing up and get Dame somewhere functional.

The absolute worst thing and most likely thing is that we make a minor move at the deadline and run this roster to the 10 seed.

I like Joe Cronin so far but he needs to show he’s not just Olshey in a different form and actually commit this team to 1 direction or the other.

Some stats on Chauncy’s defensive schemes: 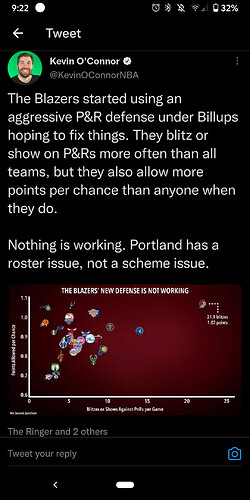 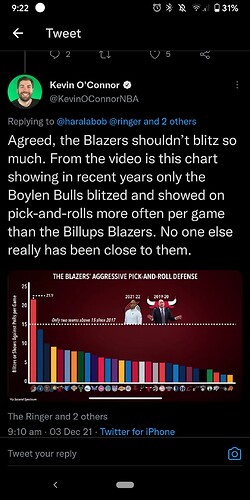 It’s a shitty thing to say, or push for, but even without any dominating teams this year, I don’t see any feasible trade getting the Blazers up to legit contender status. Especially not when Dame doesn’t look right and maybe cannot be right unless he has surgery.

Looks like they have a lot coming off the books for next season, but assume that free agency is not going to be promising for them.

Wonder what the deal is with Dame and an extension beyond his current which goes through 2024-2025, and very possibly will be an albatross itself, for the final year or two.

Sure, he’s not playing up to the two draft picks burned for him, but at least RoCo’s interesting? 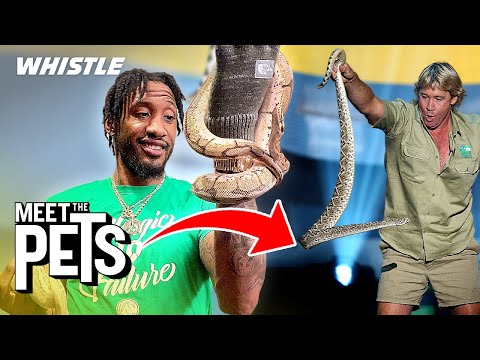 Every game as a blazer fan

Personally looking forward to Grizzlies @ Warriors. Dubs still looking for revenge over being kept out of the Playoffs by the Grizz last year. Last time they played, earlier this season, the Grizzlies handed the Dubs an OT loss.

Steph is on one tonight and the Dubs need every bit of it just to stay with the Grizzlies in a neck and neck game.

EDIT: Desmond Bane is on one tonight.

ADDENDUM: So is GP2.

Really nice win to see from the Warriors playing a Grizzlies team that isn’t great, but has been solid enough to sneak their way to #4 in a West that has 3 of the 4 or 5 best teams in the NBA, after which quality drops off cliff.

Game was mostly back and forth but Warriors pulled away at the end. Crunchtime lineup of:

Because they were missing: Wiggins, Poole, Iguodala, Lee.

Big game from GP2 with 22 points and 4-7 from three. This kid has been pretty quietly shooting .386 from outside, prior to this game. Now he’s at .411 for the season. While playing All-Defensive Team quality defense, if he logged the minutes for that. 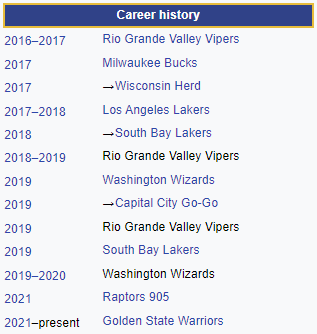 In other news, the Lakers D turned the Spurs into an offensive juggernaut that put up 138 points, with Keita Bates-Diop leading the fucking way with 30 points. Perfect 11-11 from the field, 3-3 from outside.

Russ with 30 points, efficiently. And everyone else basically doing Jack and Shit.