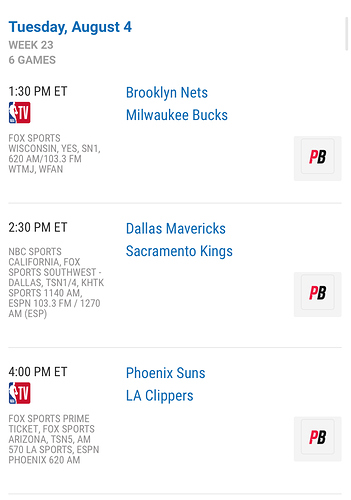 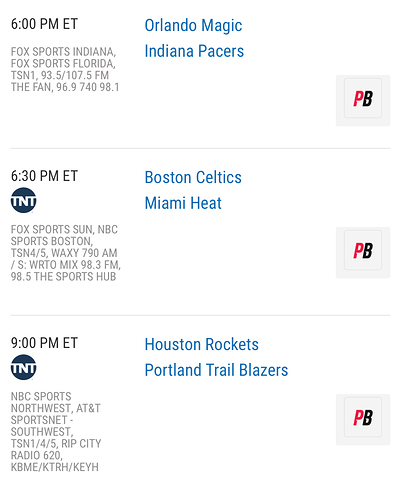 Imagine if the suns could pull it off tmr

Rockets vs Portland is Nice!

yup i agree, the last two games could have great endings

Watch the Mavs choke to the Kings tomorrow for the memes

don’t sleep on sacramento, i see them doing big things next yea…yea i don’t see big things from them

I lowkey feel bad for Kings fans Walton was such a bad hire for them. Laker fans warned them

They used to run fast breaks, which suited them the best, then once Walton arrived, they did half court offense and this killed the team

Imagine if the suns could pull it off tmr

Unless Mavs stay as the 7th seed

Here are the current standings rn for this who are curious… 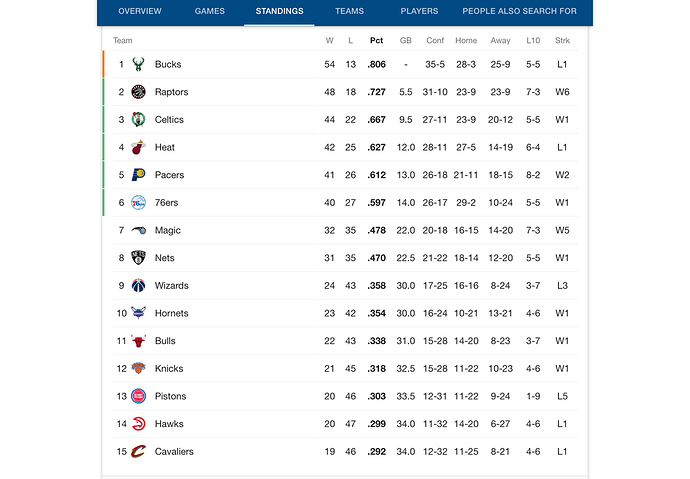 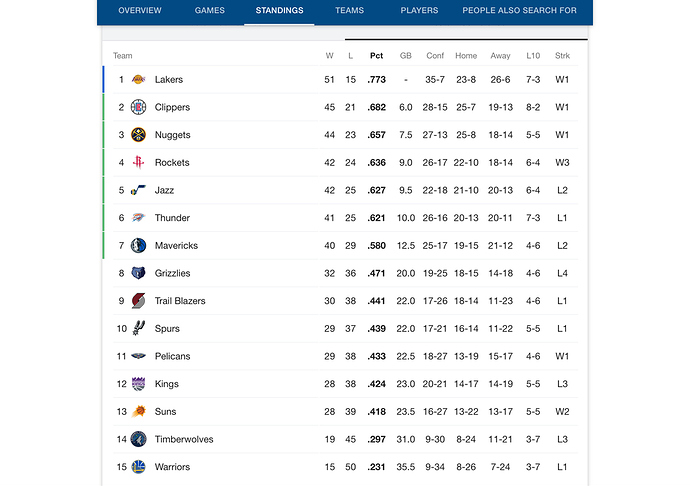 My criteria from my POV for a perfect day tomorrow:

Note: If Pacers won tomorrow then OKC officially gets it Pick back from the Sixers for now.

It was already pretty damn clear in one of the Blazer’s scrims, so they’re probably gonna have the audio killswitch raring to go.

This will be fire from a fantasy perspective

Unless Mavs stay as the 7th seed

Honestly with no home court in the bubble I don’t really care what seed we end up. No matter what we’d have to face an LA team in the second round unless LAC falls to 4 which will not happen. I guess if anything they should be trying to get Utah or OKC in round 1.

Nuggets and Rockets I’m sure both would prefer Jazz over Thunder.

Anybody would prefer the Jazz.

Lowkey, the Lakers dream scenario would be to play Memphis/San Antonio in the 1st Round, then Utah/OKC in the 2nd Round. This way Dallas/Houston/Clippers/Nuggets duke it out against each other.

But honestly the more I’m thinking about it, the more I think the Mavs can be a huge trap for the Clippers for a few reasons…

Depending on how deadly Dallas’ offense is this series, it can go to 5 or all the way up to 7. More than likely I think this series will go to 6 cause the Mavs will have 1 or 2 nights where they’ll be lights out. But if Porizingis is like averaging insane numbers like 35+ppg, then this series can go to 7.

But this series can also be a sweep if the Mavs can’t close games.

That’s not really possible tho. Lakers would play Rockets/Nuggets in second round.

This. Can confirm that Walton’s rotations are some of the worst I’ve ever seen from a coach