Coming down to the time for All-Star teams to shape up. Who are you voting for? Here’s my serious(ly boring) picks with a little homerism in picking Draymond:

I applaud you for voting for DeMar DeRozan. Thank you. 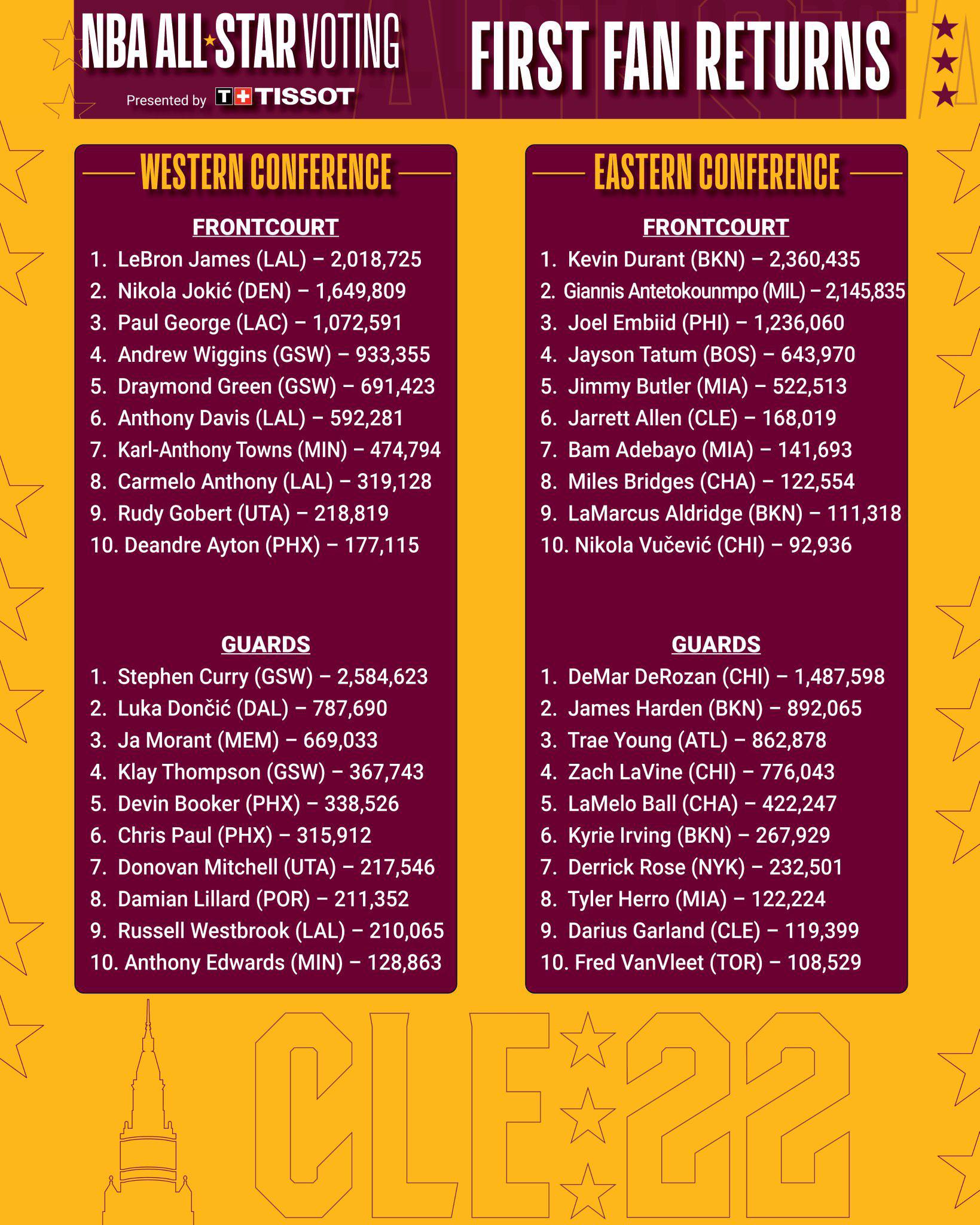 Starters have been announced: 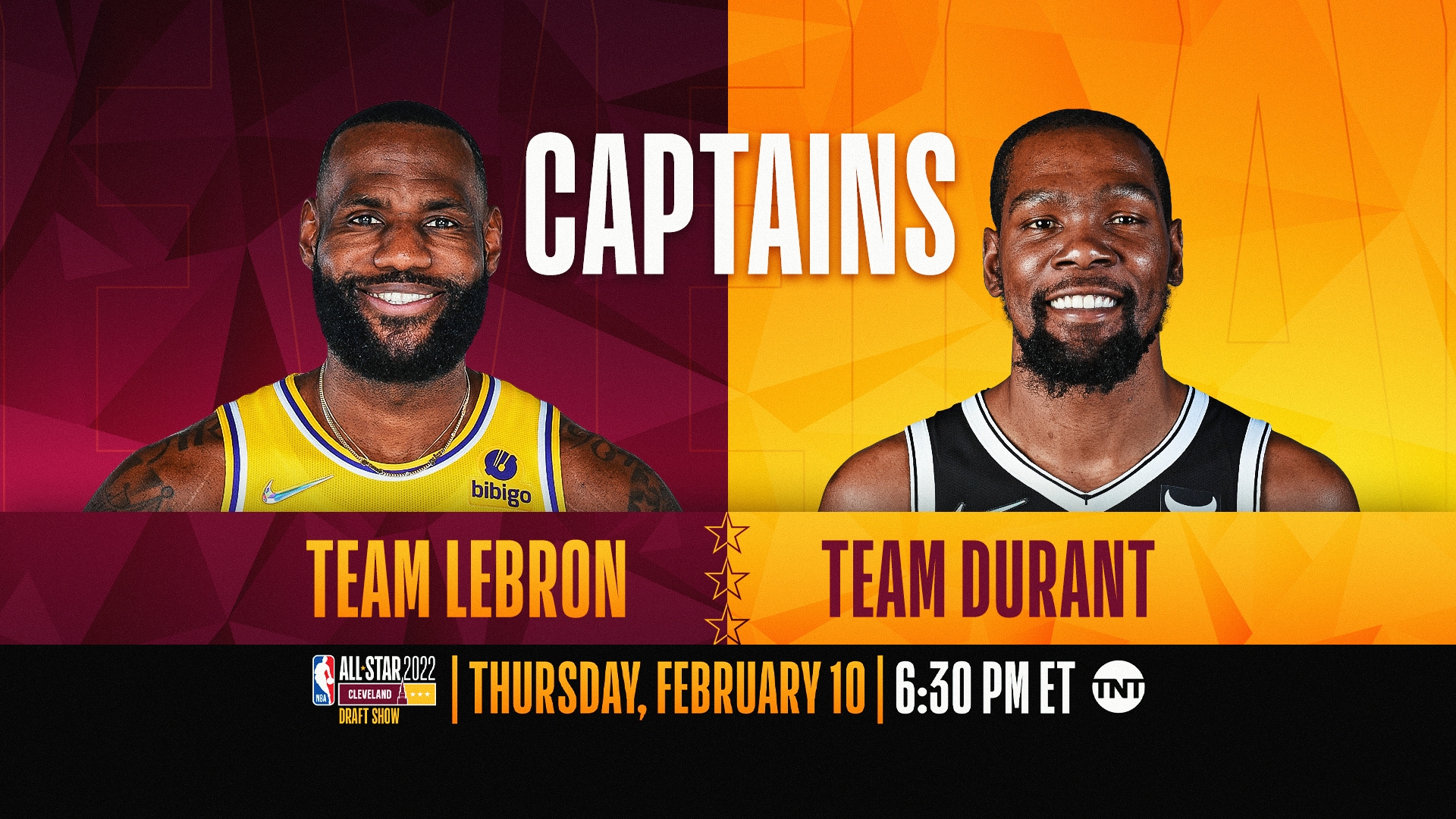 LeBron James will return to Cleveland as an All-Star Game captain, and Ja Morant and Andrew Wiggins are headed there as 1st-time selections.

In case you missed it, THIS:

Color me amazed. Didn’t expect that Wiggo would get the fan vote, and definitely not enough to get the starter nod after factoring in media and player vote.

What a time to be alive. Andrew Wiggins is a starter in the All-Star Game.

Starters for the 2022 NBA All-Star Game were selected by fans, current NBA players and a media panel.

People are losing their shit, but the absurd fan voting “only” got him to #3 for West Frontcourt (behind LeBron and Jokic, and PG, AD, and Draymond coming in #4, 5, and 6).

He couldn’t have made it if he wasn’t also the #5 in Player vote and #6 in Media vote.

Here’s the ranking for West Frontcourt for Player voting:

The way I read it, if Wiggins “stole” anyone’s spot, he stole Draymond’s. Or Gobert’s.

Wiggins as a starter… who would’ve thought

Yeah, while I considered him a candidate to make the team, I would’ve put Dray, Gobert, and KAT ahead of him.

Earlier in the season, maybe Barnes.

Kind of wish he didn’t get the starter nod because he’s getting shit on a lot. If he was a coach selection for the bench, the narrative would be mostly complimentary, I believe.

derrick rose is always in the all star voting every year. Drose also neck to neck with Kyrie says a lot.
Love to see

On the other hand I wish I can say that for Gobert, man is a beast but nobody fw him

Derozan ranked #1 for east guards, but 2k has him SF/PF 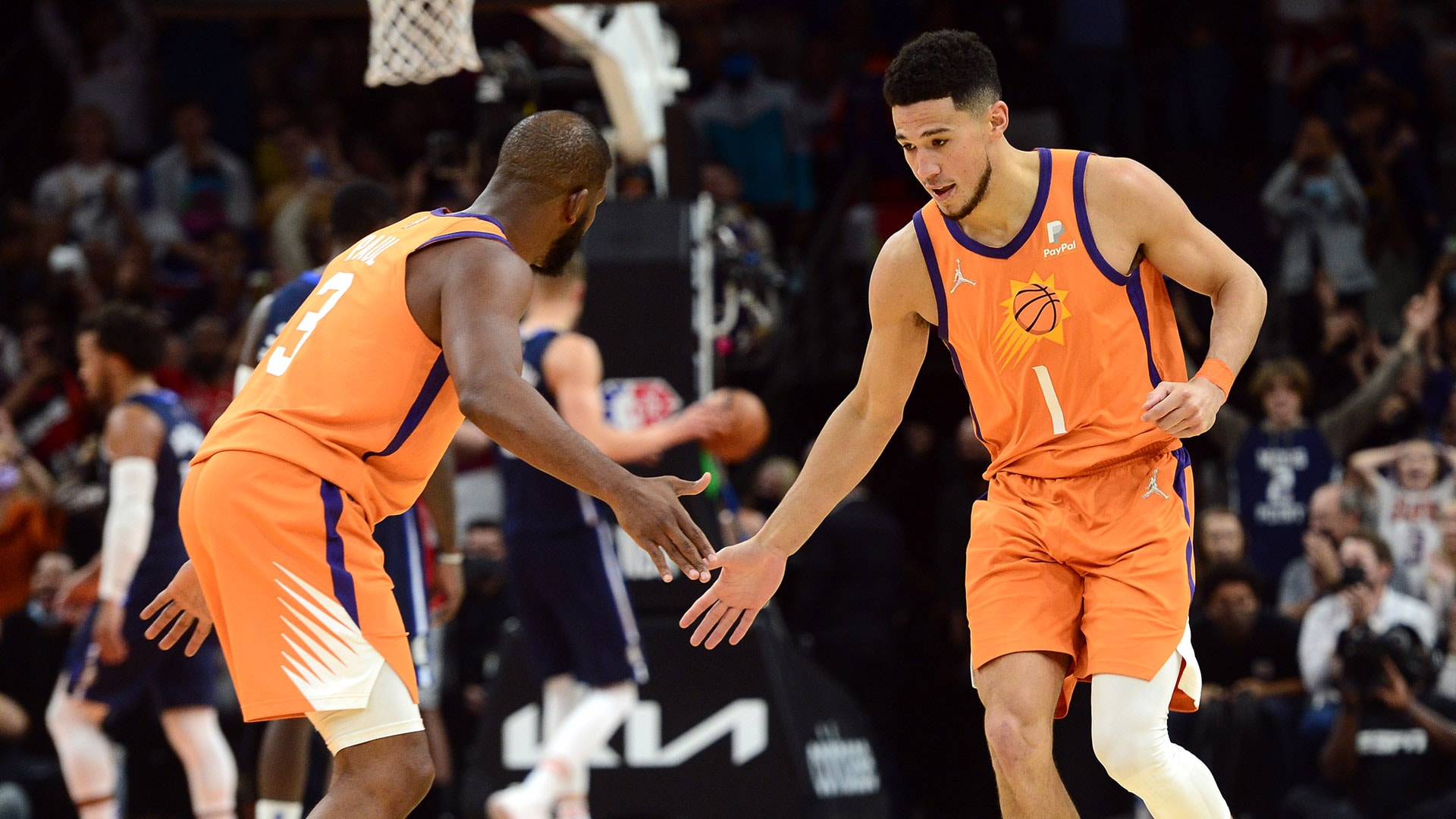 The 14 reserves join the pool of 7 starters ahead of next week's All-Star Draft for Team LeBron and Team Durant.

Draymond said he won’t be playing for sure, so I wonder who gets chosen by Silver as an injury replacement.

With PG out, could be AD, Ayton, or Ingram.

KD is also going to be out, and should come down to Jarrett Allen, Miles Bridges, Bam Adebayo, or Pascal Siakam.

I want so bad for KD to be a world class troll and pick Harden with his first pick tonight.

LBJ gets first pick and I am really wondering who he picks and what will be made of his choice by the NBA Gossipmonger Collective.

Now I kind of wish that AD and Russ were both named reserves. 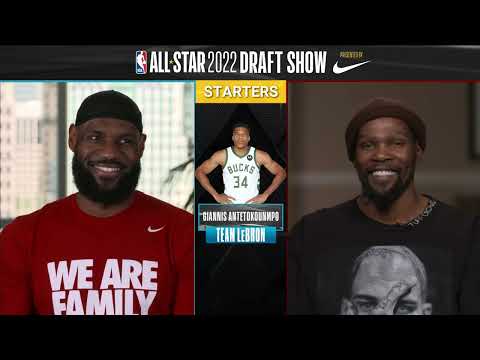 No talk about the day’s trades, KD wouldn’t give an update on his condition, but the TNT crew were yukking it up as Harden stayed on the board, and when it came down to Harden, Gobert, or VanVleet for LBJ to pick, Charles begged LBJ “just make him sweat it out. Take anybody else.”

Then as only Harden and Gobert were left on the board and LBJ covering his laughing with a clipboard, good guy Kenny fed KD the suggestion that he needed more size on his team.