Anyone playing find success with some budget guys? This is my favorite sports game to play, but here’s who im having to put out there so far 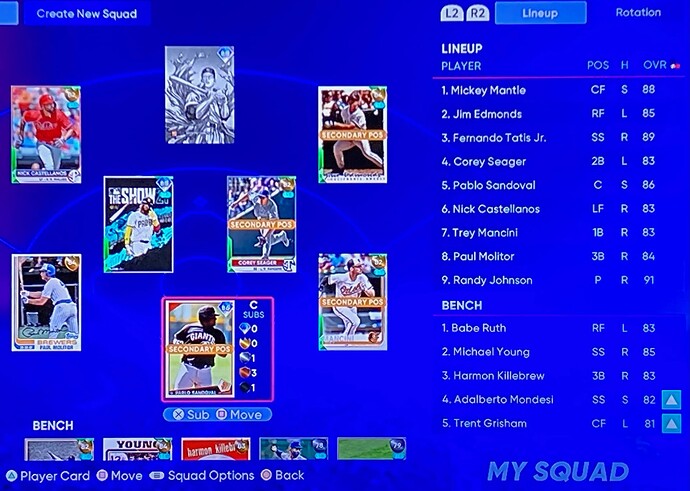 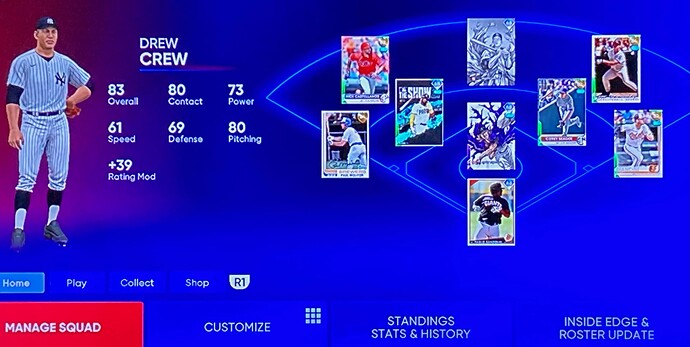 I grinded the Show the past 2 yrs hardcore. Think I have to give my brain a rest and take this year off. Good luck though. Who is the big collection reward for completing the NL and AL?

Clemente and Frank Thomas are NL and AL collection rewards with Randy Johnson as reward for both.
I’m working towards the NL east lock-in which is a Prime 97 Chase Utley. Seems like the best route as you also pick up 96 Gary Carter and 94 Hank Aaron. Decent live cards with Acuna, Harper, Soto and Degrom also

Of course the year I skip we get Chase. Damn I may have to pick it up now

They added a bunch of legends to start this year. Off the top of my head I’ve seen Randy Johnson, Ryan Howard, Chase Utley, Joe Mauer, Kirk Gibson and Brian Wilson

What is that games version of “My team” and is it similar but baseball instead basketball? Online modes? Offline modes?

The myteam mode is called Diamond Dynasty. To be honest it goes way more in depth and a lot of the better cards you get are free/rewards. They have a bunch of options for both offline and online content

Is it worth it to buy the more expensive version or no? Thanx for the replies.

I am gonna buy the $99.99 digital deluxe version today. It seems to give a good amount of bonuses.

If anybody has any advice for me starting diamond dynasty mode I am open to and hoping for any advice. A relative went to the store to grab me a $100 PS store card. I’ll be downloading the game very soon.

The Show does have the best ultimate team mode. Best thing is there are 99 cards available at launch.

My advise would be to get the NL and AL collections done ASAP. Each team you complete gives you a diamond player and then each division gives you a top player.

If you play diamond dynasty it’s worth it. Starts you out with pretty decent card options

game is much tougher this year, I’m finding.

XP is nerfed to start the year, which makes the faces of the franchise grind tough.

Almost finished nation of baseball which gives some good rewards. Started out with cover Tatis Jr and Rickey Henderson, so team is pretty strong to start out.

I am a diamond dynasty noob but I am learning quickly and finally figured out how to play conquest properly. Am approaching 100K XP and I got the digital deluxe edition on the night of the 4th. I like the progression systems in the game.

just keep an eye on where the CPU has numbers and build up to protect your spots. CPU doesn’t usually attack if you have 1 less in a spot, eg if they have 3, build 2 beside and they wont attack

Thanx for the tip. The Rockies keep attacking my strongholds to the east of them on the 30 team board. I will reinforce them better.

The game scripting and cpu cheating is totally out of control this year. I’m a long time player and have lost numerous games in conquest on rookie.

Is there a website like 2kdb but for MLB The Show Diamond Dynasty. Could not find anything.

Who has been everyone’s favorite cards so far? I’m hitting best online with Soto, Harper and Pujols. Feels like these live cards play better than their stats, except Wheeler who gets shelled every time I throw him out there 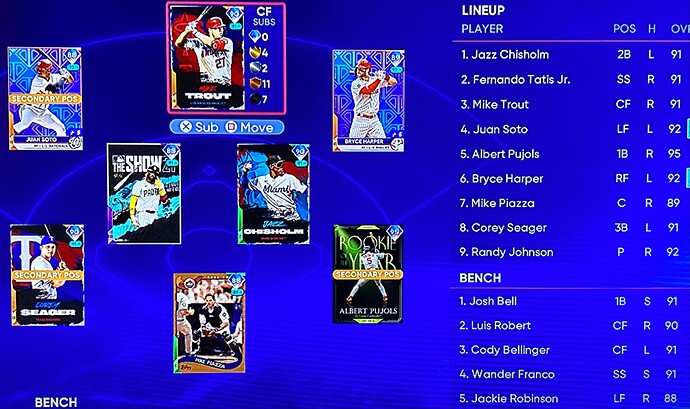 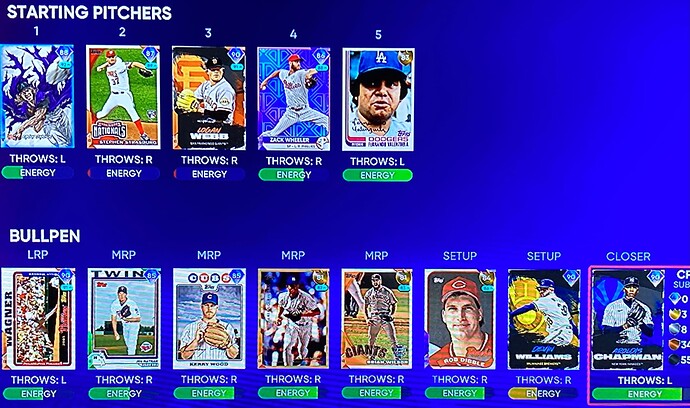