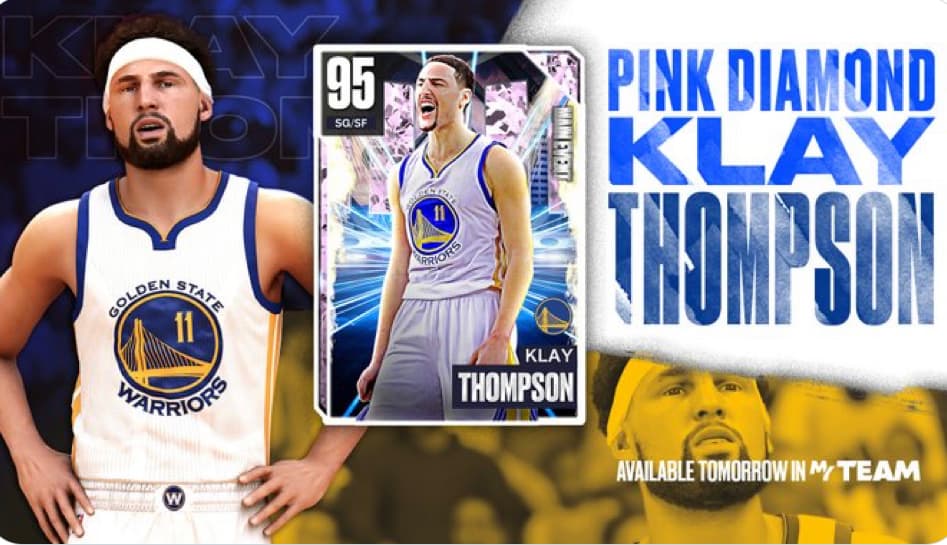 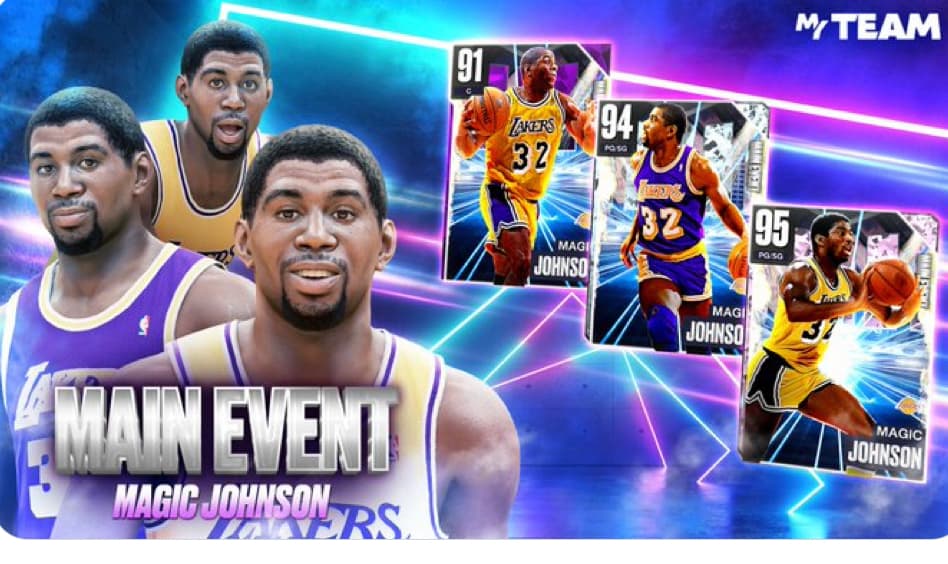 Here cometh the age of the big guards!

I always have mixed feelings at this point in the game. In general, the tall point guard makes everything easier, even when they initially need him by making him slower with a hard to use shot and often inability to use clamps. The problem is that it makes the really short guards less playable. I really have enjoyed using Lowry (really underrated card that is fast, very good shot, and great defense) and others. They just cannot do as much against players 8-10 inches taller than them.

I knew they’d add a better Booker soon. Klay is Book with defense probably. I’ve used Booker a lot, can literally green threes from half court in TTO.
Idk what the game will be like once everybody has HOF limitless badge. You’ll have to guard everybody everywhere at all times.

I hope Magic is in guaranteed packs like Kareem and he goes for around 200K. I always like using him even if he’s not the meta dribbler or 3 hunter

another random thought - will 2k include a Tim Thomas - like reward for the set? if so, would Klay settle at an unreasonable price like Derozan?

(in reality, I am 5,000 exp away from Devin, so what I am really interested into is a 5,000 exp agenda with 75 pts for any Magic card, like they did with Kareem

is he in guaranteed packs (I am at work)?

Had hoped that he would have a duo with Kareem

Anyone try Magic yet? How is his shot?

He’s really good for me. Shot is easy to time

Jumped on to check out the market with the new packs etc.
Scrolling through the PD buyouts to see what’s available.

This popped up and I got it.
PD Magic for 65k Mt. Welcome to the squad. 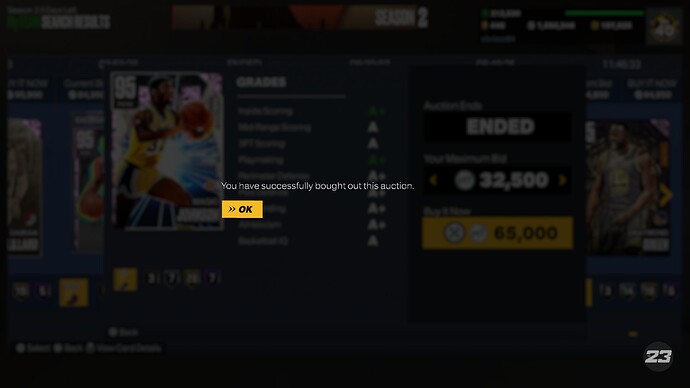 Congratulations! I have done the same several times and have yet to find anything worth getting.

How is Magic? Thinking about maybe keeping an eye on him. Or just settle for the diamond one to have a big PG to match my opponents if necessary.

PD Magic much better than diamond.
Think about Penny though.

How much is Penny on PS?

The only real differences between diamond and pink diamond seem to be that the PD is a much better scorer inside and the defense is way better (badges especially). But I’m pretty sure you can’t really feel that the difference in game is as big as it seems on paper (I haven’t used either of them so I’m just assuming). Unless maybe if you face a comp player who knows how to take advantage of the diamond’s shortcomings. The biggest plus for Magic, no matter his card tier, is his size. The tendencies and animations are the same for both of them. Clamps badge seems to be a bit overrated this year compared to previous ones anyway. So maybe the diamond will do its job as a big PG stopper.

I haven’t used the Diamond but the PD has really blown me away. I usually get Penny as my first big PG (his Diamond last year war in my squad for ages and I am a magic fan). But haven’t used this years Penny yet.

Magic moves so well, I had read and seen how he was ‘slow’, which is sort of true. Dribbling up the full court in a straight line he is slow, but once you size up and burst he explodes. His behind the back creates extreme space and he finishes great. His D is of course top tier. Even his shot is decent.
I would still swap my PD Magic for PD Penny purely because he is Penny but Magic has exceeded expectations. for 65k MT I don’t think I will be upgrading for a while. haven’t added any HOF badges but have upgraded the rest and added Rise up, Backdown punisher, off ball pest, space creator and he came with claymore added.

The diamond I imagine would do everything I explained the same (of course a little worse on D) but his player build, animations etc don’t change.

The main problem is that diamond Magic cannot get clamps. For a PG, that is death. It is just too easy to get around him. We loved playing against him in Limited as a short guard like Lowry just dominated him.
We also used both his diamond and PD. The PD is significantly better. The diamond was not that usable except to stop PNR.