Lol ... why is this the first time I’ve seen this guy?

Hahaha we need a M Bol counter not named Bol or Yao, right?

It seems that an average person from countries like China and Japan etc are generally shorter than average Europeans or Americans. Yet some of the tallest people have been from that area. World is weird. 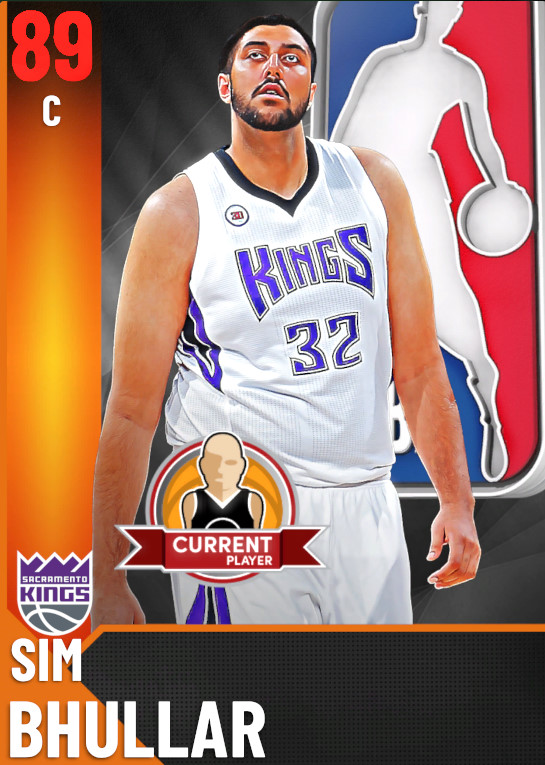 7’8 with yao mings body type holy could you imagine?

WE NEED TO MAKE THIS GUY A FAN FAVORITE

wouldn’t that be lovely

nah it’s already lame that Manute Bol is a thing. Game is already too arcade style. Just steadily making it less about skill and more about height and abusing the flawed programming.

very factual my guy. it’s all jokes. definitely don’t even have rights. but like i’m sure you’ve seen me say before. it’s all

Damn, taller than even the great Uwe Blab.

That guy is the backboard

Yes I’m with it

Lol when the hell was this mode every about skill lol.

yea, making it to where you have to use an all 7 foot lineup is just so much fun. Make some of the all time greats either unplayable because of this or make it extra difficult to actually have success with them. It’s baffling that people actually want to play like this.

The game has always been an arcade style. It’s just a million x worse when it’s 7’7 players with super speed where people just nascar over and over. Takes at least some skill to create open shots and hit them.

Sorry to say… those players already exist & honestly have been in the game for a while l. not to mention most players are now 6’9+ At every position and price.

Once you have a 7’7 (under 50k) guy at any position you then need to counter that player. Considering we have multiple giants in the game your point while valid has been invalidated over the last two season because of the cards released.

It’s just the fact that they put this guy at SG. I can still use a Kawhi, it’s just so much more of a headache to score with a tree guarding him.

Give those guys the speed, shooting and whatever, but put them at c/pf spots. My favorite part of myteam is making a team of players I like in real life. I know some people don’t care about that at all and just care about the size or animations, and that’s fine. I’d like to see the game have more balance to it to where someone like Curry could be used year round but I know it’ll never happen unfortunately

His Lat quickness is so poor though if you use a guy like PG13 he will eat M.Bol if you play him in the P&R. I get what your saying though.

How dope would it be if they had unlimited like modes where there were rotating requirements kind of like call of dutyis rotating maps / games.

For example - mode
1 would be limited to only current NBA players. Mode
2 would be Current and past players who’ve played in all star weekend (skill, 3pt, dunk and any other event during all star weekend)
3 requirements would be based on overall
4 use 10 current played and 3 past players.

So on and so forth. It would be that simple to make everyone happy as you’d simply play the mode that meets your enjoyment,

The crazy thing is 2K could fix this shit so easily and make all cards enjoyable. All they have to do is 5v5 modes that have multiple requirements to play with corresponding rewards.

I think it would be so dope if you Online wagers using the requirements to attract or deter players from entering. Enough of this unlimited BS, make a mode where you can play an unlimited amount of games and wager your own MT (this way 2k doesn’t feel like their losing money) to play online using the team you want to play with while still having a rewarding win/game play.

This would also make every players team viable as I’m sure they make a 500MT buy in with a Mac overall of 85. Let’s say you won that Game… 2k would reward you 3k MT + the 500 you won from your opponent. 3k is 10x 300mt for contracts used in the game.
-pre set amounts each player needs to throw up to play, winner takes all