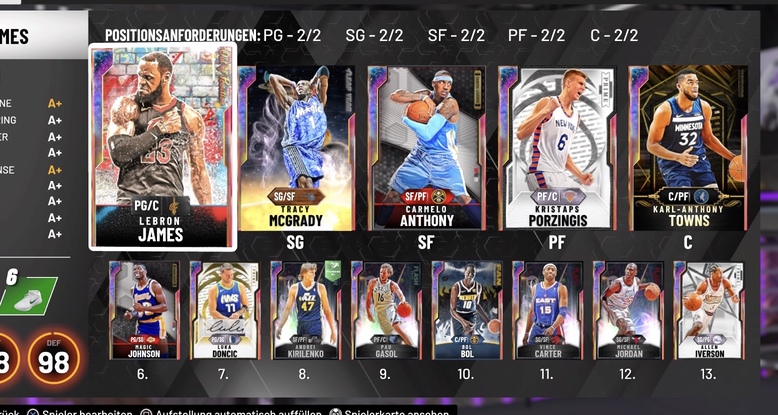 This will be the month of cheese

that Glen Rice is crazy 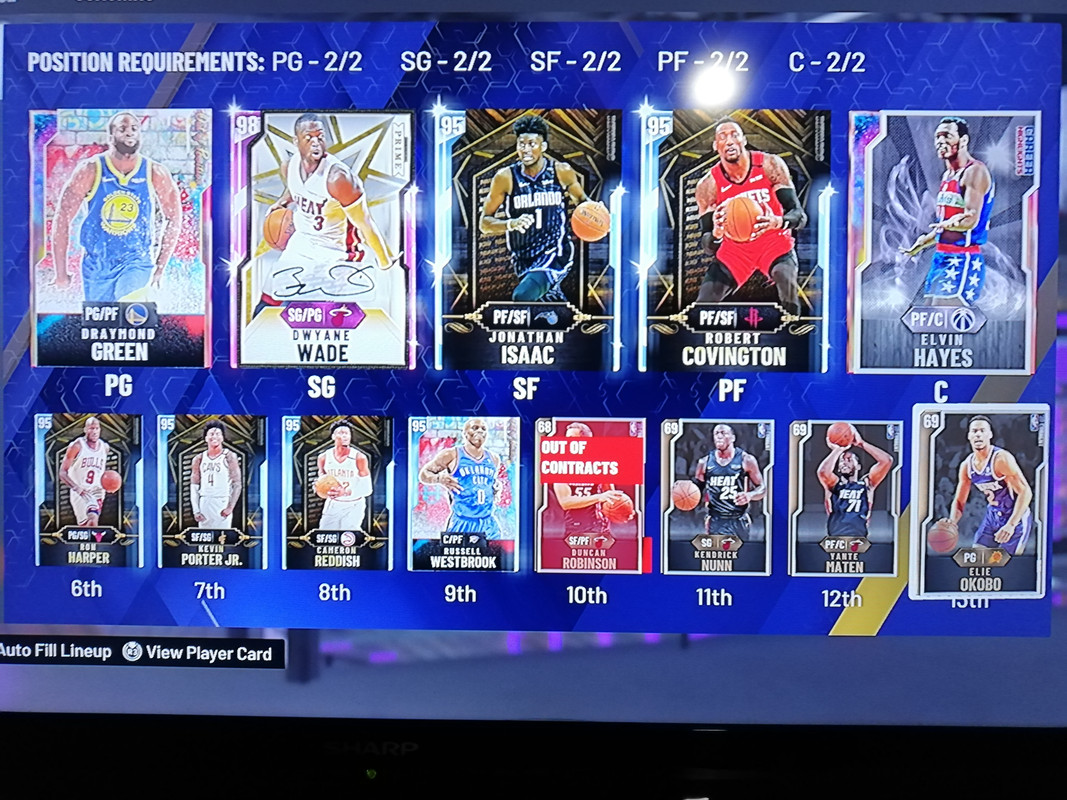 Idk haven’t tried Ben that much

Teach them how its done

I noticed you have melo and no KD? just preference or you feel hes better?

Melo is stronger and I vibe with his shot better. I might replace Melo with Odom tho… Gotta test Odom first.

My lineup for this month consists of:

It wasn’t easy deciding on this team but this is the squad for now. Hedo is doing Hedo things, I think he is a much better player for someone with advance dribbling skills but i kinda like his release. GOAT will do GOAT things and he is still one of the best all around SG.

Also, I did shit on Ben and Bol Bol cards but when you play with them, they are just so much fun. Ben is just a perfect 3&D guy who rebounds hard and has a filthy release that is deadly with the pro 3 hesi and Bol Bol is something i imagined Opal Kristaps will be. Very versatile and sneaky good. Opal Wilt is probably the worst of them all but I still use him because of his point center abilities.

Rounding out the bench is Opal Dray who i value mostly for his defence and jumper. Then we have the leader of the second unit, the man with the plan from the T-Mac animations clan, he scores like hell and its not a small feat, underestimate the pro 3 hesi and you will get beat, PD Walter who basically takes over scoring for the second unit. I run hand-off plays for him and when I get the opportunity to hesi cancel I shoot and its an easy shot all the time. If the opponent manages to contest, he explodes out of the hesi cancel and dunks on everyone, its ridiculous how fast the hesi cancel is on this card.

I actually think 2k has done a nice job with budget cards this month. There are plently of options and you don’t have to spend much MT to be competitive. Also, these cards are fun as hell. Looking forward to snagging Opal Glenn Rice. 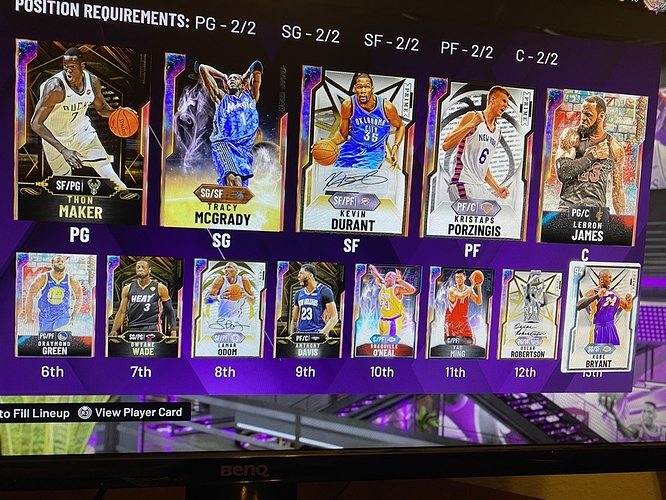 Holy … What a bench

team b4 i sold eddy bc hes going way too much. got him for 60k, anything over 150 would be great. running sikma for now. after eddy sells should have 1.25 mil and this team but with sikma

He’s selling close to 200 rn. Why is he going for that price?

Paul Silas is an Opal. 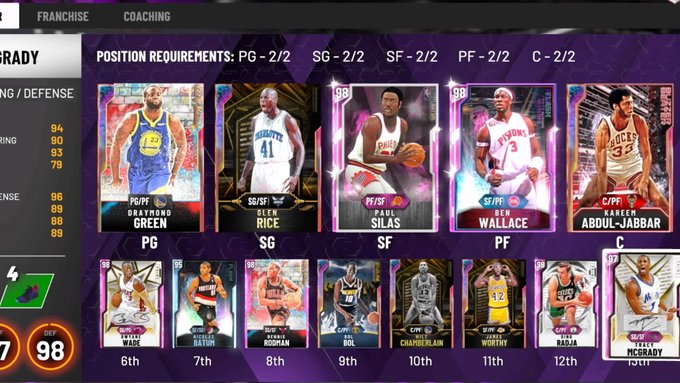