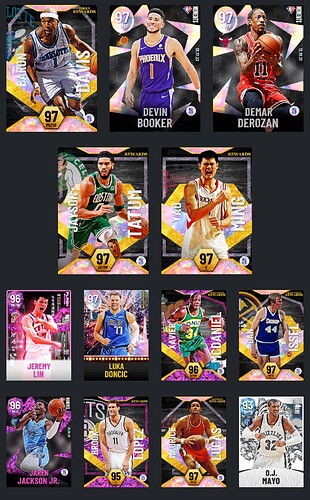 Thinking about maybe trying Lebron or AD out

were going to be seing lin and lamar in a lot of line ups, but ngl they are insane for 15k

got it for 210k a few days ago, did not like him, I was hoping to recover a decent amount but certainly not to make an after tax profit … how is it going for so much? 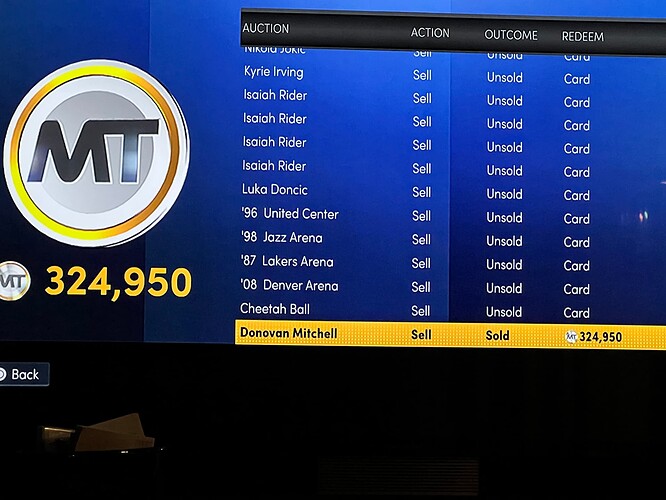 It shocks me how many time I have seen Lamar in TTO this week. I used him for the XP challenges when he came out and was surprised how good he was but I was not ready to move from who I already have. I keep buying him cheap this week, think about keeping him, and then just decide to flip him for a small profit. My indecisiveness with him has given me about a 30k MT boost.

true, I played a good number of games fir the Devin challenges and he was on every other team

he is good, I run him at PF in one of my line-ups, but probably better suited for TTO (size, decent 3s, reasonably fast)

I note that many tend to run a shooter, a big man and a third man like Lamar (Rudy Gay, KD, Dolph, AK and the like)

He’s elite defensively but doesn’t offer much on offense. You’d probably get more production from Ibaka or Smith on that end. But I can confidently play him without feeling any liability, especially off bench

So he can guard everywhere adequatly ? I ask because I’m thinking about who I’m gonna take in beyond level 40 this season, I just got Gus Williams from ttoff, and I’m gonna get SGA through limited , I don’t think issel offers anything elite and if Lucas is elite defender on the perimeter I might as well take him over issel , don’t you think ?

I’m not sure if you need somebody to play more in transition or defend 1-5 would choose Lucas otherwise Issel looks more complete.
I added QFS, Downhill, Dimer, C&S, Corner, and Slithery finisher on him and he moves well

Booker is quite nice, especially for possible Limited requirements in the future. I did it in half a day 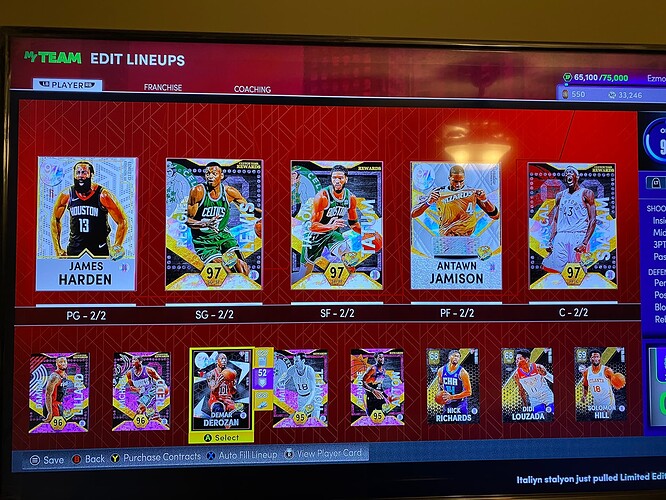