Just realized we didn’t have an August thread yet. 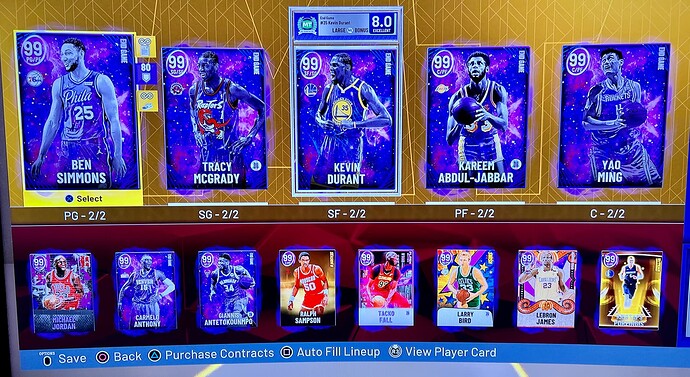 I’m pretty sure this is my final lineup until I stop playing 2K22. 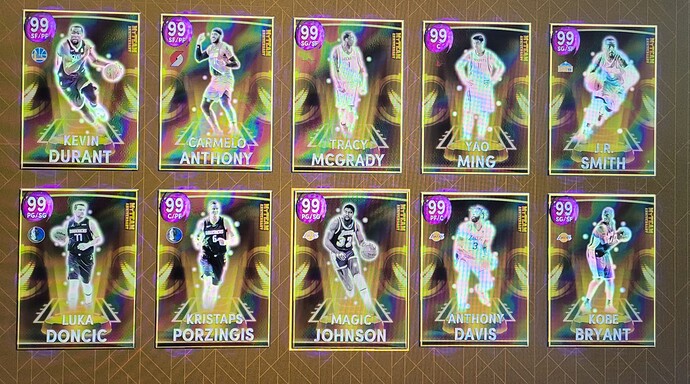 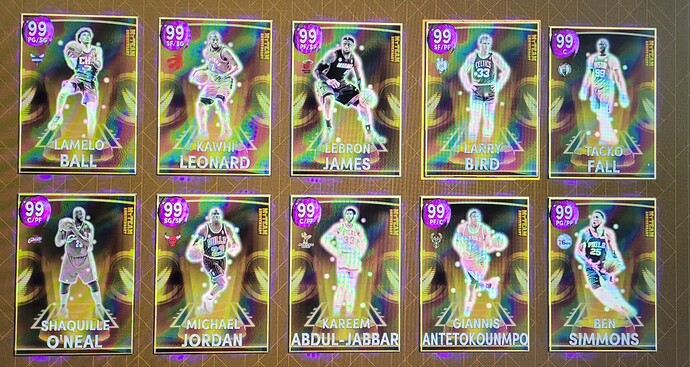 Yeah I picked MJ. Come at me sweats. ‘the invincible is better’ is only relevant if you play the game like them. Fuck the side to side BS. Fuck spamming the same moves over and over until a gap appears. I play smart team basketball. I utilise dribble moves but don’t abuse them. Pass well, shoot open, actual shot creation, not game abuse.

Loving MJ and for my playstyle he’s a big upgrade over his Invincible. Curry hop jumper is so fucking OP.

Also went Giannis over Kareem because fuck it, it’s time to have fun.

Purely for aesthetics with End Game but this is sort of my main team, but starting Tacko and Luka. Might get Larry Legend in at the SG position as well and Luka at PG for a 10 man squad. 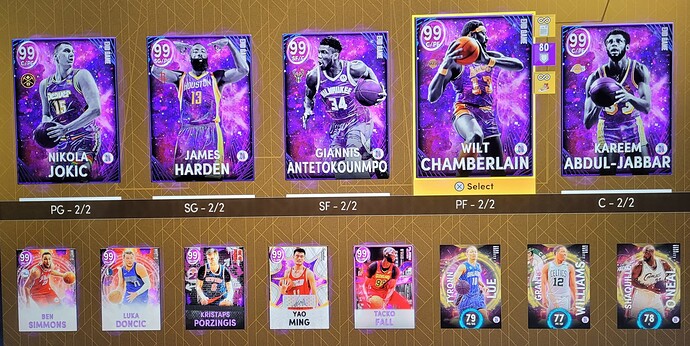 ‘84 Celtics, my final lineup, with K.C. Jones as coach 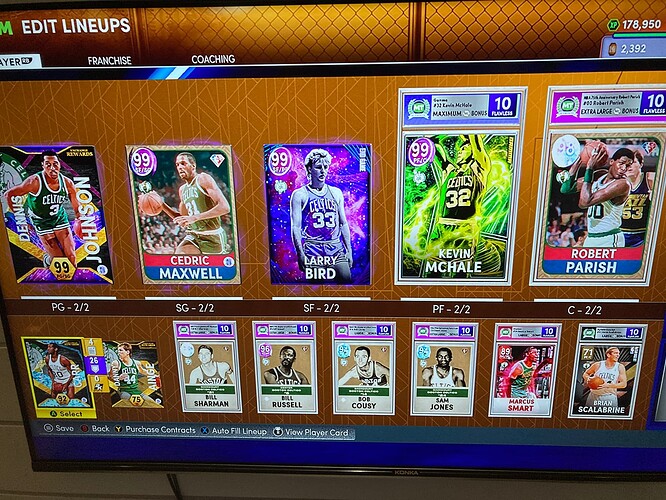 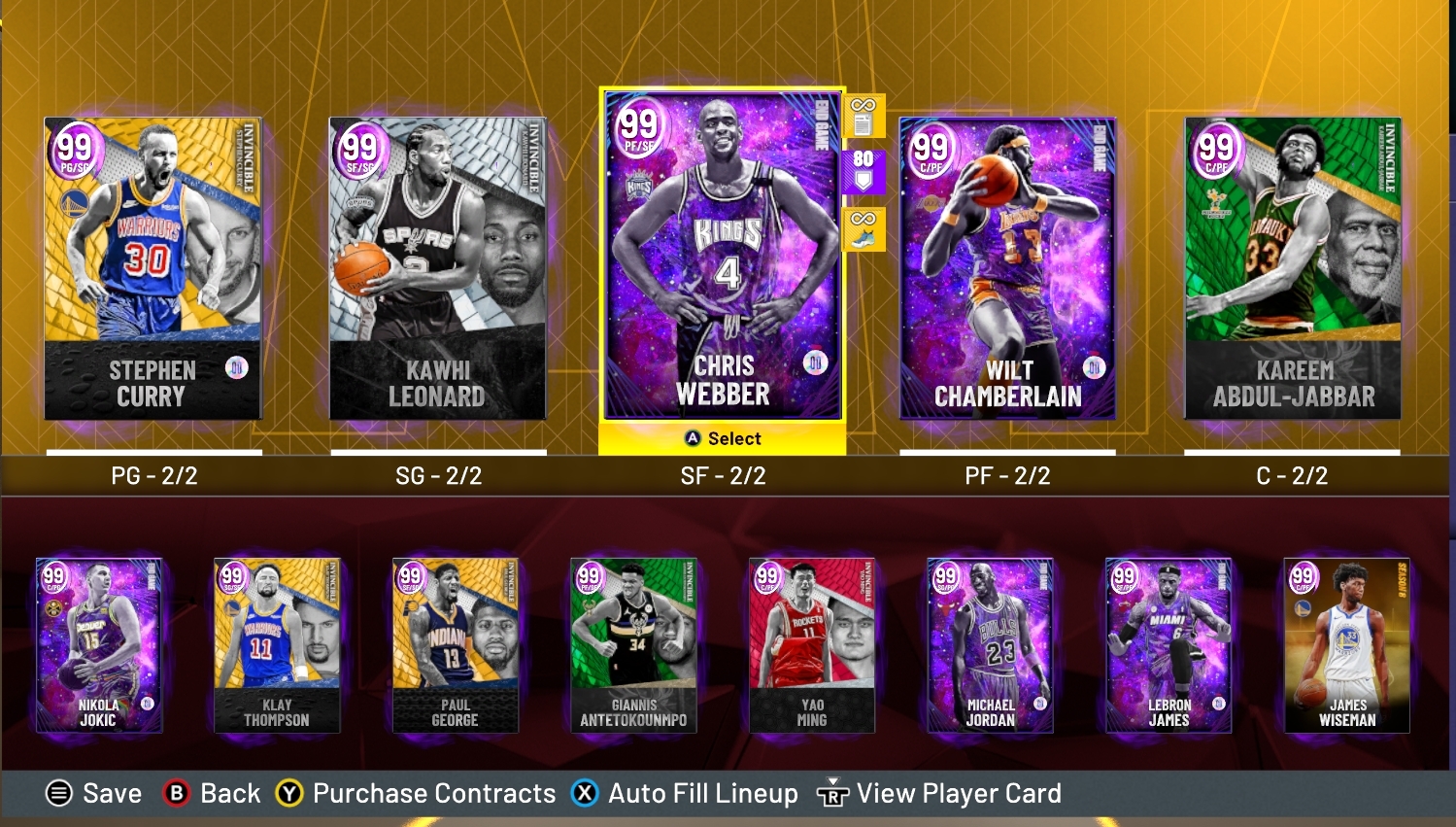 Rotting at the end of the bench, haha

I tried them in TTO and couldn’t hit anything again lol. Gonna give them more opportunities soon though.

SS25 definitely takes some getting used to, haha

bill sharman along with dave bing, paul arizin, billy cunningham, hal greer, sam jones, jerry lucas, dolph schayes, and lenny wilkens all made the nba 75 team over klay thompson. i know that is completely unrelated but i saw bill sharman on the bench and thought about it. still completely in shock over that btw

Ha, yeah, I think the rationale is that the Top-50 guys from 1997 automatically got in. Then we’re left with the picking of a new 25 guys.

Nobody would argue prime Klay Thompson isn’t better than many of the early era guys. But then, the NBA wants to respect eras somewhat independently of each other. The biggest snub, though, was Dwight Howard. He really didn’t make any friends.

Anyway, my bench is my selection of guys who I believe would enjoy cheering on the ‘84 Celtics. And they should all be graded 10 coz I’m a card nerd.

Yep, Dwight should have been there for sure, either for AD or Dame.

With AD you could at least argue that he’s a champion, but Dame? No significant individual or team success, two first round buzzerbeaters and one WCF. I am not even sure if 20 years from now he would be considered a top 10 player of this era (cba to count them rn).

Yup, I hear you. I don’t wanna come down on Blazers fans, coz Dame is really good. But just this past year it’s Dame/Spida/Beal are all-in, then don’t know, then not sure, then all-in…It’s like, these guys get or will get max salaries, but they are not gonna be number one guys on championship teams. You need the real killers: big-ass dudes bringing it on offense and defense, getting their own pretty much whenever they want and just putting a team on their shoulders. 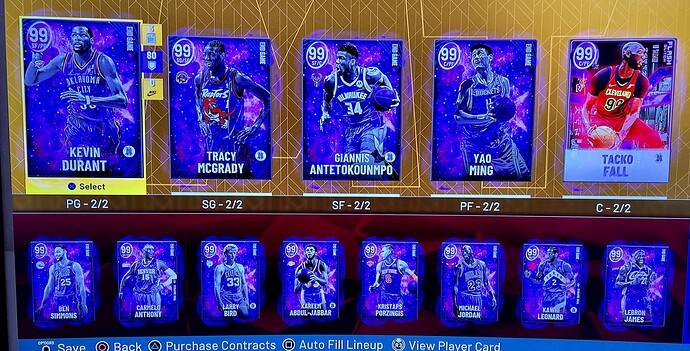 agreed, but i think ad and dame deserve to be there. Im biased about anything dame related but AD was an incredibly dominant, skilled player on the pelicans particularily. I dont see why they cant just get rid of bill sharman considering the majority of nba fans have no idea who the literal fuck that is. i guess as @MokeskiWithStache said they have to keep the nba 50 team players in… but seriously that needs to change before the 100th anniversary or im going to be in my 40s screaming at my fucking television that nobody has ever heard of bill fucking sharman.

Oh shit, I didn’t notice that the OKC EG KD had PG positioning.

Funny thing is that Tendencies all carry through, so EG Giannis has ultra-low 3pt shooting Tendencies and EG Simmons is all 0, I think.

So I imagine it’s a total shitshow having to make sure your team covers people properly as CPU will give space for these guys to just pull up and shoot whenever.

Yeah, you pretty much have to play tight or smothered on everyone now, just to be safe, since everyone can drain half court 3’s despite the tendencies lol

Tight is bugged on current and acts as gap btw.

I personally always go for moderate and sometimes one player on smother, depending on who they are going to most during the game. You can still contest really well and you’re not leaving a highway to the basket at the same time.

Just End Game, still have a Glitched Tacko with badges. 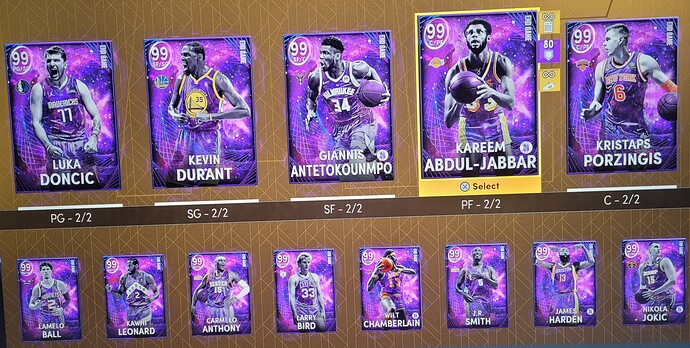