Absolutely disgusting. Ty has hit the nail on the head with his rant and how much 2k have screwed over those who have devoted countless hours for unknown rewards only to drop terrible outdated cards with no originality. 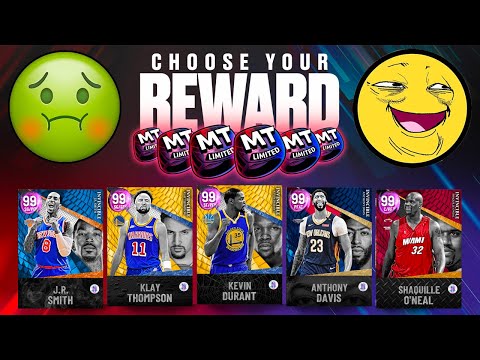 If the ring is in the middle, go left

I definitely agree with you. They easily could have put in even an endgame short but popular EG and that would have at least shown some thought. The smartest though would just have included a possible 3rd pick from the EG option pack. Still not original but not a complete spit in the face.

Yet I’ll still play it for my 6th ring, haha!

Same! Usually I do find Limited to be fun. It just get frustrating if you do not get the ring after 5-7 games as then you just play for the ring instead of enjoyment. If we get the ring after the first game I actually still play another few games depending on how much we enjoy the rules for that week. Having to use just one team often is really good as it lets one just play around with different lineups.

It looks like 2K really just went on vacation. These seem to really be the only rewards possible. And no announcement of any releases for tomorrow.

luckily this one only limited season I skipped… and almost barely touched 2k. Hope there will be some decent games to play

- doubt that I will ever return for 2k

I was under the impression that season 7 was the last “real” season and that the game cycle has been over for weeks. Are we expecting anything new??

Yes, pretty sure there is as well. Was last year, shortened one with a very easy Level 40 Reward. 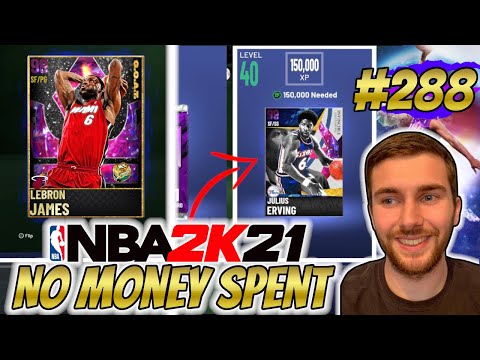 I guess i go for KD

Better and cheaper versions of him in the AH. Klay there’s no real equivalent cheap.

9 seasons last year. Here’s the last updates for 2k21. And watch JDs youtube stream I added. That was the last 3 week season. 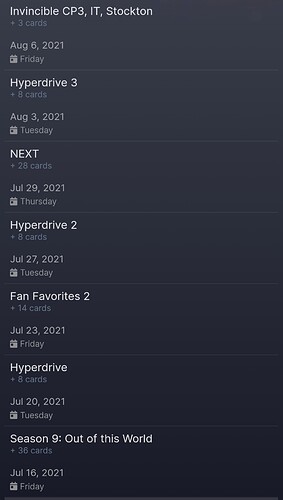 i see. the thumbnail threw me off because dr j was the penultimate season’s level 40 reward in 2k21, not season 9’s reward.

Any idea what the requirements are? I know we might be the only ones playing, but usually limited is the most fun mode in MyTeam.