What are you going with in the first weekend? 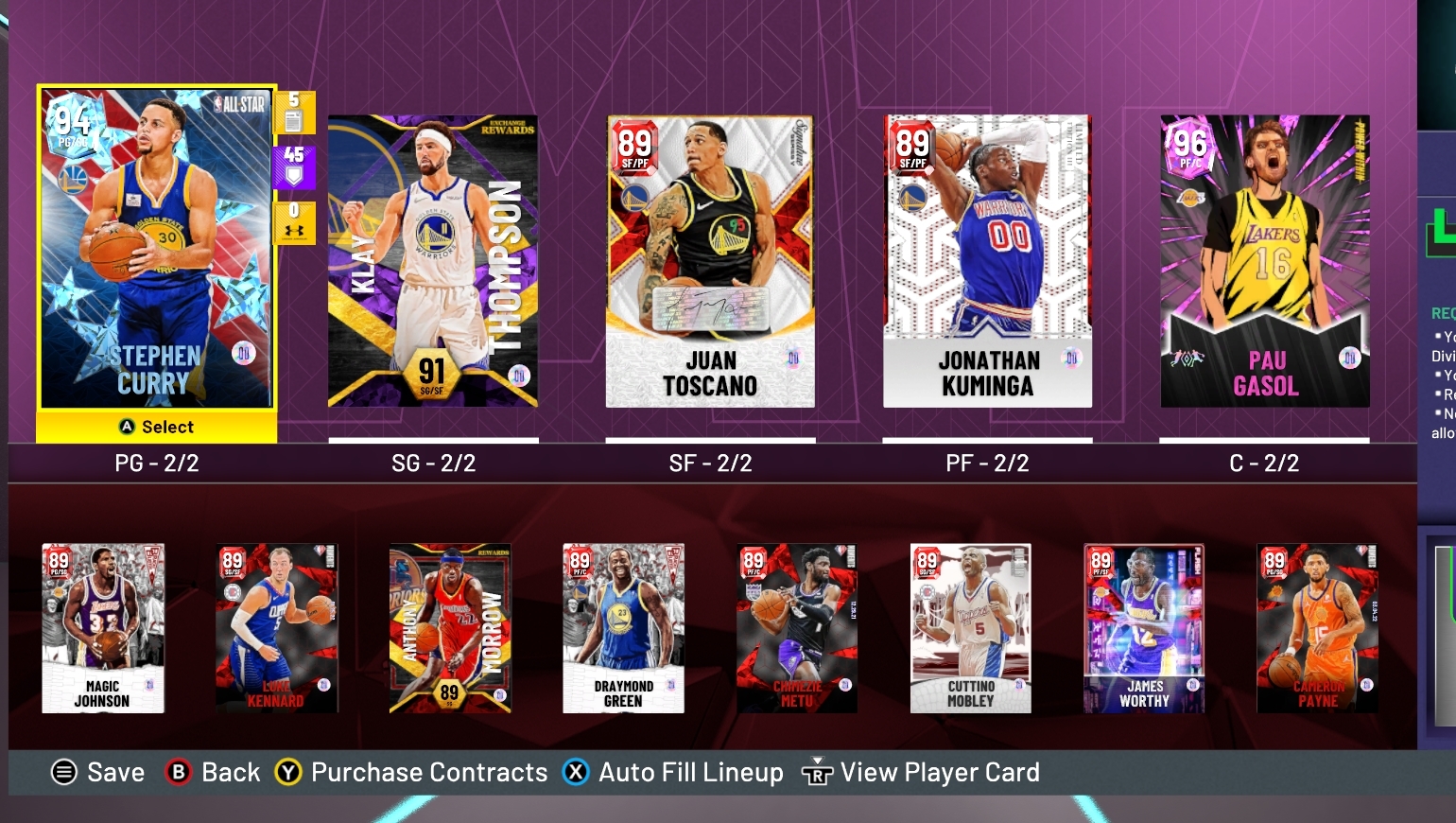 I was thinking of using the diamond Penny and Amylest Boris duo. My Penny already has extra HOF badges. Would do that with PD Gasol.

That’s who I’m running. 8 or so wins, no ring has even appeared yet!

I hate that. Once you get 5 wins 2K should just give you the ring.

I’d be happy with 10 even. Ridiculous

Finally!!! On a rage quit and on the right

Just played my first limited game of 2k22. Ring on thr left first game after an early rage quit. 2k really does try and sucker you in, haha

I had it like that whole last season, got the ring in 3 games max always, twice in first game.

This week I am 8 games in without seeing it

Have seen it 2 times on the left side and went right as always. Now saw diamond contract in the middle and could not resist to take it…and ring on the right of course.

Really good. Lost first one though but won second. Ring

I am changing my lineup every game. I have used the Hield and Cauley-Stiff duo quite a bit. Bonga at point as a no brainer when I don’t use Cauley-Stiff. Either the new Kobe or PD signed Kobe quite a bit. Diamond Klay with 15 HOF badges some games. PD Odom some games. I like to mix it up.

Ring on the left in the 2nd game plus pulled DM Kareem. I should just retire happy.

Got to love the first win with the ring in the middle.

Bench I ran Magic, Corey Maggette, Julius Randle. Didn’t play anybody else. They were just there lol.

Had fun with Limited this weekend. Was nice and chill.

I used Ruby Magic more than Monk. Metu was solid. Bogdanovic had a bunch of clutch 3s

Have they announced a pre-Limited challenge yet? At work so cannot check myself.

No. This is the 2nd week in a row that hasn’t given the usual limited challenge on Thursday. So looks like they aren’t doing that this season.

That is a shame. It was fun getting the team together before limited and practicing, and the rewards were usually good.