…has one play type and it’s P&R Ball Handler! 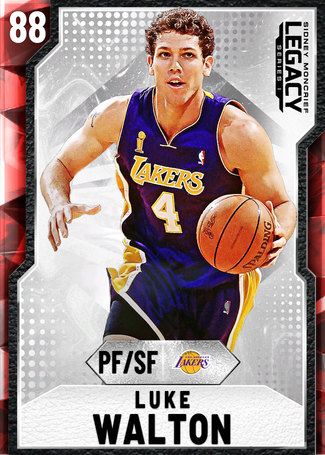 And these shooting badges:

I’ve been waiting for somebody to talk about Luke. Looks like a great budget beast

He at least looks kind of interesting/fun. Imagine he’s ultra-cheap, anyway. Def looking forward to trying him out in PvCPU DOM games.

Just a pity that, with his 3PT Shot and shooting badges, that he doesn’t have 3pt Play Type.

Yeah not having the 3pt plays hurts. Will have to lab some other plays that may have him pop out as part of a play for somebody else. Or just PnP if all else fails

Just picked him up for 800MT. Will try tonight

Ability to assign plays to players is one of the best features this year. Takes some time especially if player is on bench and you have to wait for them to come in game to assign play to them, but well worth the effort

Is there a way to not have to do this every game?

I don’t think so. Not as far as I know