Kyrie Irving apologizes to fans he disappointed by not playing. "I am back, I am happy to be back, we got some great pieces and we move on and I let my actions and my game speak for itself like I planned on doing. I just needed a pause." 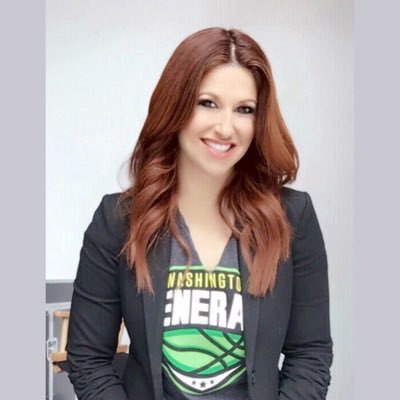 Kyrie meets the media for the first time after his absence, describes it as: "a lot of family and personal stuff going on, so - just want to leave it at that." When asked to follow up, he says "I've addressed everyone who needs to be addressed, just want to move on."

Kyrie still a little testy with the media, but its understandable given he has been getting shit on for these past few days. Dude should just come out and say fuck the media and go full Marshawn Lynch Lol

Him and KD might the be least mentally strong superstars I’ve ever seen. They might look good together in BKN for a bit but it’s only a matter of time before someone folds under pressure. 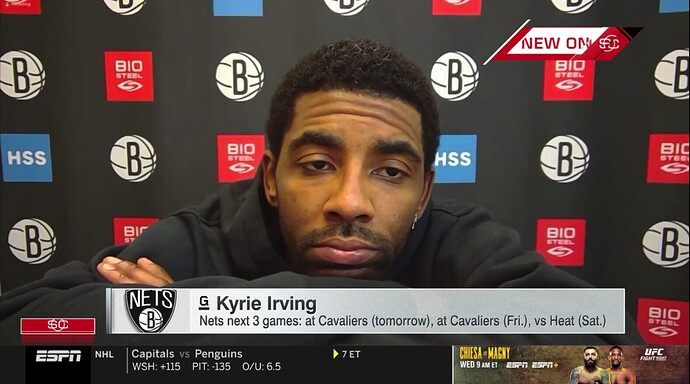 Look at this man. Got the face when your mom turns a joke into a life lesson. Dude is out of it

What the heck happened to kyrie

I wonder if he even wants to play. If he’s clinically depressed, he may have lost interest in things he once enjoyed, even basketball at the highest level. Depression is a messed up thing.

I wonder if he even wants to play.

Hasn’t looked like it since he was in Cleveland. I don’t feel bad for him. Sorry

Hes a human being dude. If he has some serious family / personal stuff going on then thats real shit. Were in pretty unprecedented times. We should try to have a heart

Dude just bought George Floyds family a house. Not like hes some bum not doin shit just not wanting to play

People acting like he was out at strip clubs while calling his teammates bums and demanding a trade.

If he has personal family stuff going on then I hope that everything turns out ok. My gut feeling is not to trust him. Is he being real or not?

George Floyd gesture is nice. He’s hardly the only one that’s helped and it’s not an excuse to act like a diva. You act like this his first offense.

Not really sure he was acting like a diva. He literally was just sitting out for personal reasons. The incessant media reporting and threads on 2k gamer trying to add context to a situation no one knows nothing about makes it seem like hes acting like a diva and thats just unfair.

Hating on kyrie is kinda corny imo. As long as the staff and the team he plays with are in the know, it’s all that should matter at the end of the day.
Some people got that weird shut up and dribble energy

To me Kyrie is the boy who cried wolf, he may have had something serious enough to sit out for and he apologized but no one is gonna let him go without speculation because of his diva history.

Yeah I’m fine with him taking a pause if he needs to, but not telling the organization was what I had a problem with

The Nets GM said he was disappointed in Kyrie and his actions. Its not like the Nets knew what was going on. Kyrie could have had some serious stuff going on but he handled it poorly

Show that man some compassion its a fucked up time

Maybe, it looks like they’ve settled it now though. And kyrie has been fined too so i dont know why people keep pushing unecessary hate out there, but that’s just me

"I want to make changes daily. There are so many oppressed communities and so many things going on that are bigger than a ball going in the rim" Kyrie Irving speaks on mental health, along with the political and social environment in America: https://t.co/7UebJABzMm