Kobe: Top WNBA players could keep up in the NBA 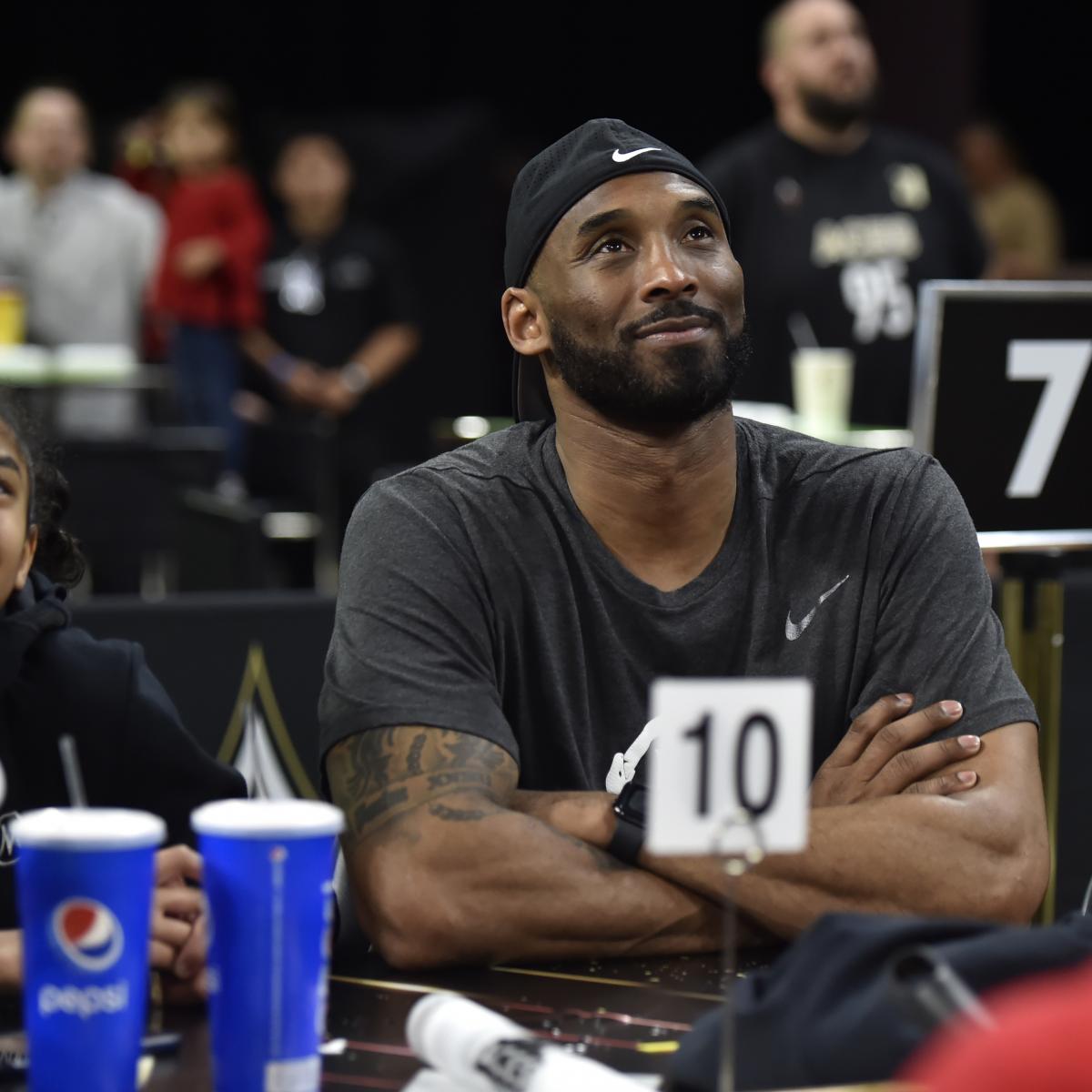 Kobe Bryant believes some of the top players in the W NBA could hold their own in the NBA. " I think there are a couple of players who could play in the NBA right now honestly," ...

This is ridiculous In my opinion gleaugers would dominate the WNBA

Just because Gleaguers would be stars in the WNBA, doesn’t mean the top few WNBA players couldn’t survive in the NBA.

I honestly agree with him. I’m sure there are a handful of women that were good enough to have played in the NBA.

Playing and being a star is very different.

Define “playing”. I mean, men and women are equals but of course they’re not the same. Especially in athletics. There’s a reason why men and women don’t compete against each other in sports.

I don’t see how a woman would be able to “keep up” in the NBA. Like, doing what? Being a spot up shooter maybe, but what about defense? It’s completely bogus to me.

I don’t disagree honestly their limitations aren’t that much different than some of the NBA players in the league already.

Delonte West in his current state would dominate the WNBA lol

But if you’re taking the top female athletic specimens, they can keep up enough, if they have the elite BBIQ the listed women have.

Rotation players? Not sure. But with the way NBA defense is played today, 1 on 1 defense is at it’s least important point. I think those women could get minutes and be normal basketball players. Nothing crazy, but I don’t seem them getting run off the court. It’s not like tiny male players defend the biggest strongest NBA players.

Might they get beat up on some mismatches, sure. But lots of players do.

WNBA players grew up playing men their whole lives and beating most of them. I think the top players would figure out ways to survive in the NBA.

If we’re simply talking about basketball skills, then yes. A lot of WNBA players a re more skilled, higher-IQ, because there isn’t an over reliance on athleticism. I think the only obstacle is size. It just doesn’t translate over because NBA guard size is WNBA forward/center size. However I do think some WNBA guards could run an offense and not be a complete liability on D. Courtney Williams, prime Taurasi are a couple who I think could be rotational guards in the league.

Yeah Taurisi is 6’. I think 6 footers that are elite WNBA players, could figure out how to survive.

He’s not wrong, some WNBA players CAN keep up in todays league.
With the league getting perimeter-oriented and less down-low physical, the 6’ women can survive, but thats few and far, but both iirc Paul George and Reggie Miller grew up losing to their sisters.

Candace grew up killing the men. She could def do something in the NBA

Kobe is just paying lip service. The gals he mentioned are great players in their own right but they would get killed in the NBA.

Again, examples of a group of very athletic men beating a group of women, isn’t the same as saying a handful of women can keep up with men.

Those are two different things.

If your point was enough “evidence”, then the other side could just point to Cheryl Miller beating up Reggie while growing up. There’s plenty of examples of women beating men too.

Anecdotes don’t dismiss the overall question of a few women being able to make it in the NBA.

Again, examples of a group of very athletic men beating a group of women, isn’t the same as saying a handful of women can keep up with men.

In the example i provided there were no men involved. The best of US women’s soccer was defeated soundly by a club of 15 and under boys.

If your point was enough “evidence”, then the other side could just point to Cheryl Miller beating up Reggie while growing up.

Beating someone up when you were both children is not the same thing as a group of grown adults who are the best in their field getting trounced by a group of young boys.

There’s plenty of examples of women beating men too.

Do any of them involve actual grown adults that are professionals in their field, rather than an off hand comment made about people who were both children? Because my example did.

The depth of elite female athleticism isn’t anywhere near as deep as it is for men. Hence full teams being complete mismatches. There’s a giant drop of among the women, after the couple best athletes.

Remember that time Serena and Venus got thwomped by the 203rd best men’s tennis player? That’s an example of someone who is the best in their field getting beaten by a male counterpart.

Men just have too many physiological advantages to overcome with skill alone.

At best, MAYBE they could be decent spot up shooters. But they’d be at a massive disadvantage on the defensive end. Major weak link. It’d be hard to produce enough offensively to make up for the inherent disadvantage of having them on the court.

That huge drop off is the reason the ladies listed would struggle imo. They compete against bad players that are less athletic than them on a nightly basis. In the NBA they’ll be dealing with men that are on average taller, stronger, and more athletic.

If these girls could so easily play in the league why haven’t any of them attempted the transition? They would be making significantly more money sitting on an NBA bench than playing every night for the WNBA. The reason is they would get cooked.

You sound emotional about this, no one said the word “easily” anywhere.

In fact, the opposite word was used. We described the best women as being able to survive.

Why hasn’t anyone tried? I’m sure a combination of hundreds of reasons. I don’t have a dissertation ready on why no one has tried yet.

WNBA players have WNBA bodies. In this hypothetical, the player would be preparing for NBA play. I’m not saying every woman could bulk up like crazy, but the strategy of how you shape and manage your body would be way different. They would have to focus on strength above all else. That’s not the focus of current female athletes, because it’s not the environment they play (other men).