NBA rumors: Kevin Durant leaving for the Knicks this summer has 'never felt more real' to the Warriors bit.ly/2MQpEFx https://t.co/QoyXw8njsa 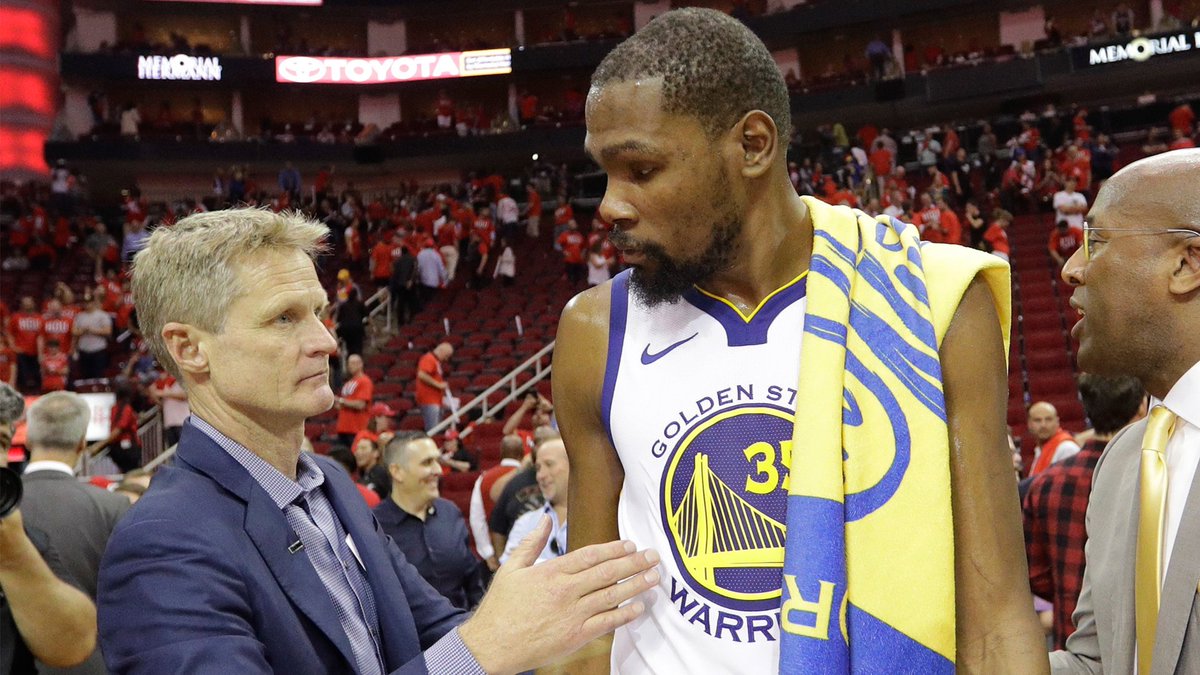 Edited Topic title so that it’s not so misleading.

Especially when it comes to threads discussing rumors, be more careful about your titling.

This is a category for discussing the NBA and basketball “in real life.” For stuff like: Real-time game discussions. Sharing news from the league. Discussing historic legacies. r/nba on 2KGamer.com, basically. The following should be avoided and will be subject to mod edits, closure, deletion/unlisting, etc.: Clickbait/inaccurate/incomplete/deceptive Topic titles. Joke Topics. Sensationalistic/Trollish Topics.

Harry who made that avatar for you?

Never clicked a topic so fast

Lol I ain’t buying it. Next

that’s all I have to say.

Clippers kwaha team Lakers bron team. KD get another ring. He going lead his own team next with a young Zion or RJ he can help develop. I fill that be his next chapter in his career.

The NBA is rigged they’ll end up getting the #1 pick and getting Zion. Everything is cyclical and Adam silver wants Knicks fans money

It’s an empty article. It’s possible that KD does go to Knicks. Possible he stays with Warriors. Possible he goes somewhere else.

Now hear me out Johnny but what If it does happen

You know what…that was a good one

Harry I like to imagine that he has an elaborate scheme planned out on a cork board in his closet. Everything that has happened this season was orchestrated by him.

Never have I ever seen so many hopes and dreams pinned upon a superstar leaving a Dynasty in his prime to go to a worse team and clearly disastrous franchise.

Are you talking about KD to the Knicks or AD to the Lakers?

AD to the Knicks and KD to the Lakers