Embiid isn’t one to bite his tongue and he took shots and rightfully so at James Harden.

Embiid said the 76ers did not get the MVP version of Harden and he said Harden wasn’t aggressive enough and neither was the team overall.

I doubt if Harden pulls a Ben Simmons but the criticism is spot on because Harden hasn’t been the same guy he was in Houston and I suspect age plays a part in that but at the end of the day Harden’s track record in playoff games is shabby for a guy as talented as he is. 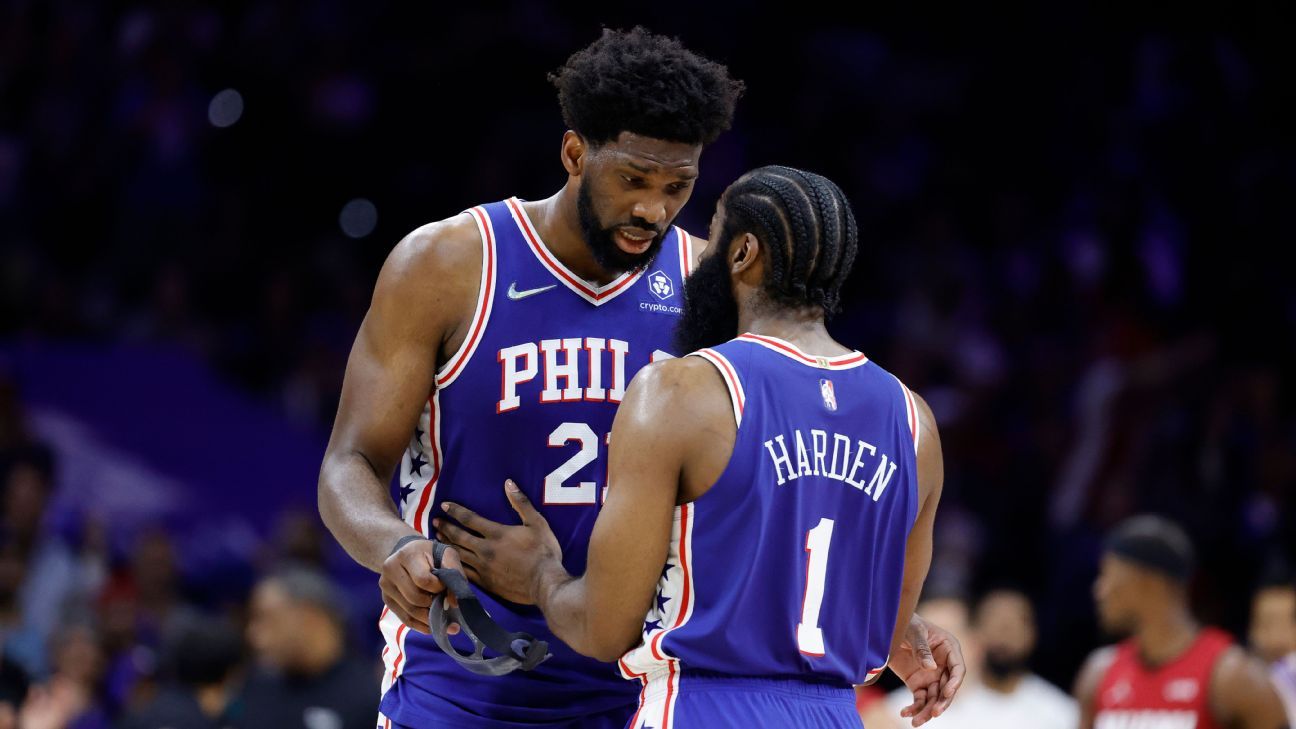 In a wide-ranging interview after Philadelphia's season ended Thursday night, Joel Embiid noted that James Harden is no longer the Houston version everyone expected and said the 76ers as a whole need to be more aggressive and toughen up.

Yea I love what Joel said. It’s the truth. Wish KD would be more like that

As much as I love Embiid this is corny. What happened to locker room talk? You can go in the locker rooms and cuss a guy out, blame him for everything, shit fight him if you want but all this running to the media playing the blame game is real chatty patty behavior. Especially since he has not played like the “MVP” he felt he deserved in this series. He’s a big baby

He also took out Danny Green’s knee, that was a pretty big loss too…

I’m not a huge Joel supporter but cmon man. Dude had to deal with “General Hospital” bullshit all year plus injuries. You bet your ass as a grown man I’m calling out ppl. He was spitting facts not bullshit so I don’t see the problem. It’s not locker room talk when your head coach calls out players soooooooooooooo…………

I wouldn’t drag him in the media unless he wants Harden to walk in free agency though. The guy just got brought in at the trade deadline and is obviously not the same player as Rockets Harden. I support Embiid if he honestly thinks the team is better with cap space than Harden, but if not this is more likely going to drive a wedge between them than motivate him.

That’s the point. Joel knows he ain’t winning a chip with Harden unless he takes a pay cut. So that’s him telling management so to speak. Paying him max will destroy this team for years

I blamed Doc and Joel for the Ben situation as well. LeBron didn’t disrespect JR in the media for forgetting the score, Shaq didn’t slander Kobe for airballing them out of the playoffs. That’s against the code and like I mentioned, Joel was not great by any means. 19/9 on 42% for the series? Maxey had more of a reason to complain than Joe

I just wonder what the deal is with Harden. Is he still significantly injured? Is he just really out of shape plus older? Does he have emotional breakdowns in the Playoffs?

Because right at the start, Harden + Embiid looked really nice. That was just a few months ago.

When he’s healthy Embiid is as good as any center in the league but that’s the problem because he stays hurt all year long.

I think it’s a combination of all of those plus I don’t think they had the time to really gel in a way that determines who is the alpha in the playoffs. Their styles kind of conflict. Both need the ball for the bulk of the shot clock to maximize their abilities. It gave me Bron and DWade first year vibes.

fully agree with embiid, he is the leader of his team and needs to take acountability for everyone else.

True because it takes time to get to know the tendencies of another player and they didn’t have that time but I also think Harden doesn’t put in much effort working out and getting in shape because his whole career he seems to run out of steam during the playoffs.