Its Happening Philly (I Hope)

LeBron goes to vacation in the Bahamas and enters a “think tank” situation where he and all his advisors discuss what they want to do right before Free Agency. LeBron returns to his summer home in LA for free agency and the first thing they do is schedule to meet with Philadelphia representatives? Obviously PG13 not going to LA and LA being so conservative in there Kawhi pursuits may have rubbed LeBron the wrong way and he may be thinking of going somewhere he can win rather than struggle to make the playoffs in a loaded West with young guys hoping Kawhi comes later (I’m serious, look at the Western Conference right now… If the Lakers don’t make any moves other than sign LeBron they legitimately might not make the playoffs). For today's meeting, Sixers will meet with LeBron James' reps, sources tell ESPN. James will not attend this meeting. twitter.com/wojespn/status… 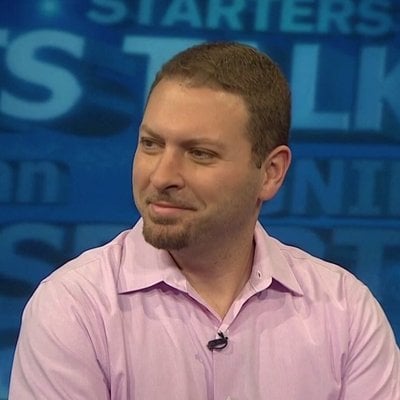 r/nba - [Johnson] Per source, Sixers meeting with Lebron was not originally...

Nobody thought the Heat were in contention in 2010 until the day before and all reports were centered around Cleveland, Chicago, and some New York. This might be a similar type situation with a lot of sources rambling on about LA because its LA and LeBron getting cold feet on that destination because of PG13/Kawhi not going and rather go somewhere else.

Lebron would be smart to go Philly, they got GREAT youth that has already been thru playoffs, adding him they’re insta going finals and Philly is big market, not LA like, still good enough to build his legacy, if he somehow could manage to net them one ring ;o

I also wouldn’t be surprised if Philly could trade for Kawhi with LeBron there. Sources have said that so far Philly has made the most compelling offer to Spurs and they have yet to include Zaire Smith or Fultz in a deal (please don’t include Fultz though BB

From a thing I read the other week it pegged 76ers as the 7th biggest market in the NBA.

Philly is the best place he can go basketball wise, was the spurs but looks like kawhi is all but gone. Speaking of Kawhi, a trade to the 76ers looks possible. Fuck the lakers lmao

I don’t see Lebron in Philly. Would you really want him around that young talent? Ben Simmons would disappear. Lebron did a great job of turning Kevin Love into nothing more than a spot up shooter.

Also, I think Boston would still be a better more complete team. Tatum is going to be a superstar.

Tbh I wanted him to join Kawhi and PG13 in LA and for the 76ers to keep developing there young team, but hey I really hate the Warriors so… I’d be fine with him joining I just pray it doesn’t result in them trading Fultz.

Kind fun to have name with Curry while hatting Warriors

I like Curry don’t worry about that. It’s KD and Draymond I dread.

Let’s also not forget Demarcus hasn’t committed anywhere yet. I think Lebron and Simmons would work fine although there’d be an adjustment period. I remember all the people saying cp3 & harden wouldn’t work. Ben just needs to work on his shot this summer

LA and Pelicans appear to be the only teams that can sign Boogie to any kind of real money, it could be disastrous for either of them to offer him a deal guaranteed more than 2 years.

Their both ball dominant players who would have a hard time playing together. Harden and CP3 are more of the exception than the rule.

They’d have a hard time no doubt, at the same time though this is an aging LeBron who will eventually be handing over the team to Ben and hey, I don’t think there is any guy to mentor Ben better than LeBron.

The situation with Philly now is different. Before guys had to sacrifice to play with LeBron, and I’m sure they will at the beginning but as LeBron starts to age those guys are going to be carrying a larger and larger load.

Prolly true. I really don’t like either one of them, but Simmons has the skill set to be great.

Interesting this is being reported half an hour later

LeBron has made his decision & informed those close to him. Expect the official announcement Tuesday morning.

Could his agents have been meeting with Philly to work out the contract?

I wouldn’t mind if LeBron went to Philly. He would ruin their progress because he doesn’t fit in with them strategically on the court. You gonna really reduce Embiid to standing in the corner like Chris Bosh? How many teams are gonna double team off Simmons because he can’t shoot? It would be awful. I hope it happens actually.

I mean, most of Embiid’s value at this point in his career is on the defensive side of the ball and as he develops into more of an offensive star LeBron will start to age and defer to him more. Simmons with LeBron will likely be a hard fit early on, especially if Simmons still can’t shoot next year, but Philadelphia has done a nice job having Simmons play the weak side baseline off-ball which is the only spot he can be very dangerous off-ball. Wade and LeBron made it work without Wade being able to shoot 3’s, I’m sure Simmons and LeBron can make it work especially since Simmons has like 8 inches on Wade which will help him as a cutter.

If LeBron decision was truly made, why tf would he wait til Tuesday? He knows that his decision affects everybody else’s free agency. I think he’s strongly leaning one way, but hasn’t fully decided.

Relevant teams probably know where LeBron is going if his decision is made. He would wait until Tuesday because he wants to announce it along with the Space Jam 2 trailer release and he may still need to write that letter. LeBron has known where he was going a few days before every decision that he’s made it seems.

I see what you’re saying about Ben and Bron fitting together, but Wade has always been great without the ball. Ben hasn’t shown that yet. He needs the ball in his hands to be the superstar he is. Otherwise he’s just an average player. Bens on ball ability is what makes him special.

I mean I agree with you there but I do think Ben Simmons playing weak side ball would be lethal. You rotate over to help LeBron and you just left a 6"11 tank like Simmons who is extremely talented with the ball with space to operate around the rim to either finish himself or find a teammate.

It would definitely be hard to make work but I think it is at least doable given the amount of ball skills that both of these guys have. Were also trying to think of how this would work after seeing LeBron do everything for the Cavaliers last year, LeBron can operate just fine as an off-ball guy with cutting and shooting and I’m sure he’ll be happy to give up some of the offensive responsibilities to another guy he trusts and be able to play some defense again.