Is KAT still worth locking in for?

it would and take all my coins, but give me an all opal lineup… 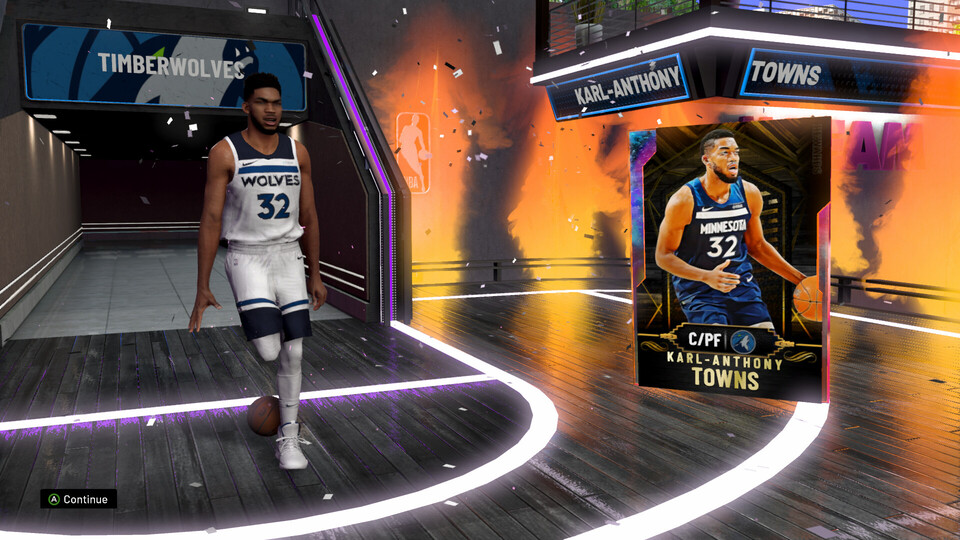 nope, unless you are a fan.

Does he even better than Eddy Curry?

If you’ve opened a bunch of the new packs and still can’t get your shambles fix, lock for KAT

All opal doesn’t mean anything. Me and @Kobe6Rings have been telling y’all that animations rule over card color and eddy curry is a god in this game. Just get him.

KAT is a good center…he gets some crazy animations…especially on defense for whatever reason. Not many centers that can shoot and dribble that have HOF Clamps and Pick Dodger.

Melo and Magic just got EVOs and the rest of the set is dirt cheap.

I paid like a million when it first came out and Im still happy.

Melo is possibly my favorite card.

Locking isnt the best idea, but I think its a decent value here with the current crash and the new EVOs.

Basically you are getting KAT for whatever the rest of the worthless cards in the set go for other than Magic and Melo.

hes got a really nice jumper, I haven’t greened with anyone more than him this year

His animations are smooth…along with his jumper. Im trying to EVO him right now…his defense was already solid prior to the EVO.

Edit- Curry will give MORE production

Ill give you that…KAT is still juiced a little though. 2K gave him the special treatment they give some cards IMO. That is why some people were still rocking his diamond when he was outclassed on paper.

The reason you lock isnt just to get KAT…its similar to what @Kobe6Rings was saying about locking for Pippen. Magic and Melo are great in their own right. If you plan on keeping them you are basically getting KAT for free.

I agree, wasnt a big fan of Melo shot but if you’re going to keep Magic I don’t see any issue with locking if he or Melo is >300k. I just heard KAT plays slower than his stats suggest. I actually might lock him

He also plays bigger than his stats suggest. For whatever reason his animations and player model allow him to defend and rebound with the centers that are six inches taller.

As far as him feeling slow Im not sure how to answer that…some games he feels fast as hell and I explosive as hell. Some games he doesnt. That is one complaint I have about 2K. Why in the hell do my players feel different from game to game?

Some people dont care for Melo, but if you are liking Melo I think its a good move. I love this Melo…he was my best player last year too. The college PD was insane.

Lol I’m playing but since I already have Magic, 300k for melo doesn’t seem bad at all, and I’m sure the rest of the set is cheap