Is Jordan Poole the X-factor for GSW to win a Ring this season?

Jordan Poole has been going off in the preseason and ended last season pretty good, he is my pick for Most Improved this year and can be a big time player for GSW in regular season and maybe even the playoffs. What do you think his impact will be on GSW this season with Klay thompson coming back in Jan-Feb? 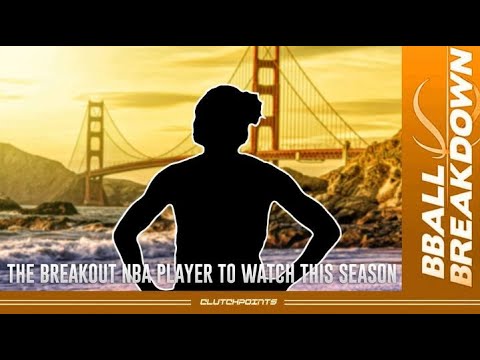 No he’s just a good shooter that’s all, he fits perfectly with the team. Not an X factor just a good role player

Never said he was just a shooter, me saying that’s all didn’t mean that’s all he can do I been watching Poole since college I know what he can do definitely 6th man candidate but I think iggy gonna have that role again

Didn’t realize he was a baller. Hopefully Klay has a great comeback so you guys have a chance.

GSW with klay healthy have a chance at shooting many teams out in the playoffs if they go mike d antoni volume on 3s in my opinion. Plus Poole is on his way to becoming a great shooter.

If Klay is back at his usual self they have a chance of making To WCF but Winning it all is a long shot. It will probably get down to their Bench and how much they can provide in the playoffs, considering most of them are still quite inexperienced at that level

Unless about 4 teams get catastrophic injuries I don’t think Warriors have any chance. Klay would have to come back (in January mind you) just as great which is no guarantee after 2 years, Dray may have regressed some more, Iggy is 137 years old. And the real key is Wiseman would have to make a big jump.Most of the top West teams have elite bigs. AD, Jokic, Ayton, Nurkic, etc. Poole is gonna be a nice role player and a great young addition to a solid core but he’s not gonna make or break a title in the West.

I did’t know KAT was a reference for big mens … no D , no leadership , just stats to get

If the Warriors can get to the playoffs and win a few games, they have had a successful season. Especially if they win a round.

Roster is no where near a championship level squad on paper. If some how they managed to land Ben Simmons, then that would be interesting. But while Draymond still plays great defense, offensively he can be such a liability these days. In crucial moments too. At the end of the 4th quarter in the play in game against Memphis Draymond threw up one terrible ugly floater, and it was like he was afraid of contact and going to the line. pre 2018 Draymond is making the floater/lay up or going to the line. He hasn’t played good on offense in a while. Ever since his shoulder injury he is so reluctant to shoot open shots.

I wish them luck, they are one of my favorite teams in the L. But I do gotta be real. They a 6-8 seed at best with the correct roster.

If klays comes back at 80% of his powers , Steph mvp level , Dray first all defensive team , Wiggins , Poole as a 16 pt scorer along Otto porter , looney and a wiseman in development
They can’t compete ?
Of course nota team at Nets level lol
But can compete

They will be able to compete enough, but I can’t see them being on that championship level, at all. Only if Klay is able to be a 20+ PPG scorer, and idk if that’s fair to expect that out of him that soon. It will be interesting to see if Wiseman actually takes a leap forward.

I’m guessing 5-8 seed. They should be in that area somewhere. IDK if they can be a top 4 seed. Phoenix, Utah, Lakers, Denver all seem better.

They hold the 8th best record without klay , and with the player and roster in development
Poole is another player , same for Wiggins ,
Now we have experience with Iggy , Klay and with Otto porter that will be huge to hit shots
6 games was the difference between being a 5th seed and the 8th
They have everything to have more Ws this year

If wiseman can be an impact player in the post season, warriors could win. I really think they should of traded that pick though and gave curry every chance to win closing out his career

Crazy that Wiseman is still 10x worse tho aint it

I honestly like Looney or Bell before wiseman because he needs to develop a lot more.