Idk bout you guys, but I've had this problem lately too 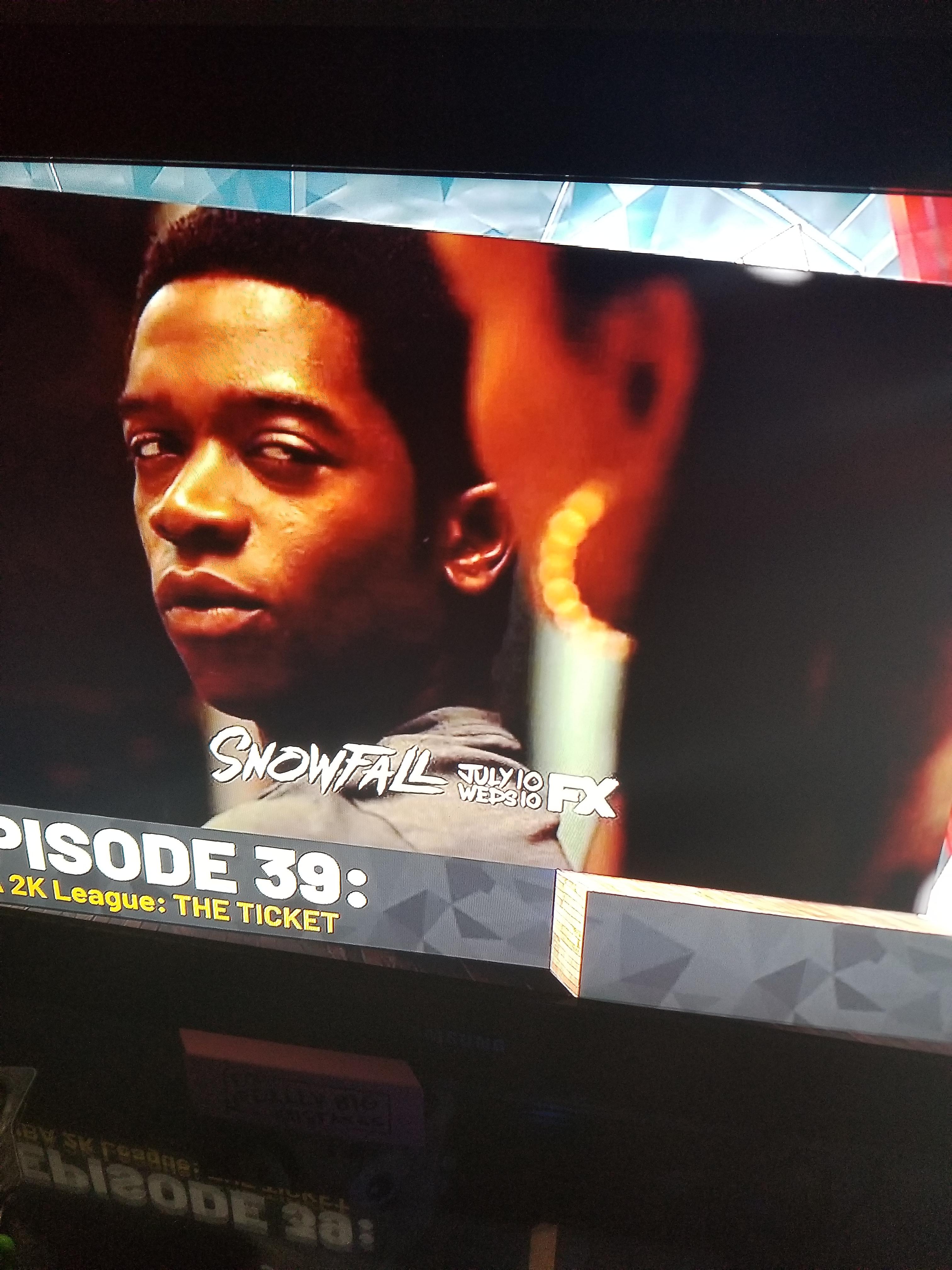 I thought it was tacky when they “advertised” their vc through ads in game. This is another level of bullshit though.

Can’t skip till it finishes either

It’s an ad for a show about blow… on a game 10 year olds play. The targeted demographic seems borderline racist to me as well.

I’m torn because I love snowfall lol… but I agree. Ads in general is bullshit considering this isn’t a free app downloaded to a smart phone. Then considering the demographic and the fact the ads are about a show that showcases the rise of the crack epidemic. 2k is truly ran by either dumb mother f@$%rs or people who get a kick out of being an asshole

I’m glad that it’s on the all time front page for that sub reddit already, they deserves all of the criticism they get for this bs

Snowfall has a TV rating of “TV-MA” which denotes that it’s intended for Adults, and “may not be suitable” for viewers who are 17 and under.

And, yeah, like you say…it’s a show about the start of the crack epidemic. I don’t think it’s pearl-clutching to not want a 12-year-old to have that show marketed to them, and I think it’s only reasonable to assume that an E game will not have advertising for a TV-MA television show.

Or any fucking television show.

Those little 100s of VC add up over time

I already had 2KTV turned off and it still popped up prior to a MyLeague game; however, I’ve only seen it once since the ad came out.