How to try and get sim hight card

Can any one tell me the steps of tryimg to get a spotlight sim pink diamond or diamond card made??

Get an “insane” box score and submit it , then pray they choose your player

How and who do I submit the it to

Twitter, they posted ppls tweets that they did just do the same hashtags and pray, because @anon58151219 had hundreds of people for weeks tweeting in one player and never got it so 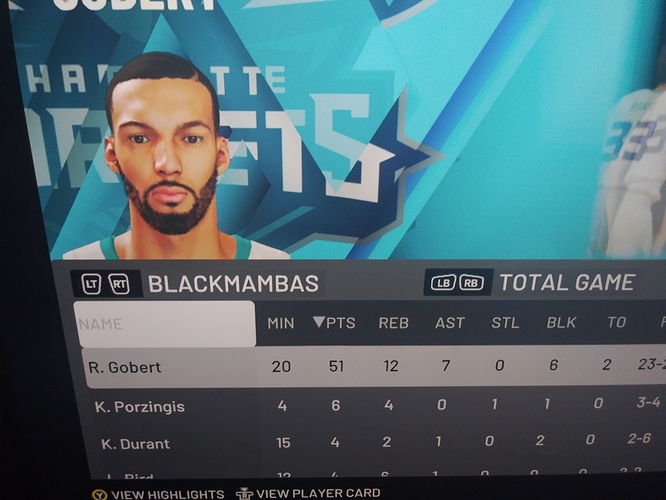 To be fair you had a month lol, but yeah find your all time understated player like peja, Allan Houston, Gerald green, put up a crazy score or statline and see what they do

It’s not about that i never seen. A timeline for which u can do it…who wants another peja who wants allan houston or gerald green i sure don’t… them players wouldn’t stand a chance n the nba right now look at gerald green now he ain’t active

Has anyone tried to photoshop some redic stat on a complete no name yet? Maybe some obscure weird build dude with decent animations.

Would be funny seeing 2k make a card based on stupid stats that aren’t even real.

Peja would be perfect in today’s league. Gobert sucks and is only known for shutting down the league.

Peja would be the best shooter in the league and Gobert is a dying breed.

Idk man I think Peja would be a baller with the way people shoot 3s now.

Your killing me smalls peja the best shooter n the league

u most be trolling…Gobert dying breed how please explain