How much MT does it take to collect 4000 cards, and is it possible now?

building up is good fun (sort of), selling back is terribly boring.

Yea that is probably the reason I still have the amount of cards I have. Multiple times I decided to stop collecting and just sell. I then get bored trying to sell so many cards that I end up stopping after selling like a few.

I’m at 3755. Available cards for me now are all over 20k mt. One thing I’d add is if you are NMS you really need to lock everything.

Tried buying cards today at good prices, to see what progress I can make. Got to 3,583 with my MT dropping to 5.475mil.

I could get 18 token players from ruby to PD. Missing 2 Token Opals and a DM, but wouldn’t spend all those tokens on those. Missing around 80 base/Series1/Dynamic/HeatCheck cards. The Celtics cards are still overpriced for whatever reason.

Looks like it’s gonna be tough. I am only buying cheaper cards that are under 10k depending on what I can snipe. Once I get all the cheaper cards all that is left is the more expensive ones. Hoping for a good drop for the new season and a spotlight sim.

(not that you need any advice of course, but) for the 80 missing cards from the sets I would suggest mass bidding at below market, especially when Friday works packs are out - when I was collecting, I found it surprisingly easy to get cards at close to quick sell which were going for the 1.5-2.5 BIN (or more)

Yea I could see that you are spot on. I did some quick math counting all the players I could potentially acquire for non crazy prices. Possibly through snipes or if superpacks tank some prices. And I get to around 3800 before the new season of cards. 200’ish expensive cards is probably not doable as of now as I would have already used a lot of MT to get to 3800. I did put my 46 HOF Giannis up for 24 hours, but that isn’t going to get me there.

If I can’t get to 4000 cards until the season after next then is it even worth trying? There is already GOAT cards by then. The badge pack is not as valuable then. A big reason I wanted to do it was for the accomplishment. I have never got the top collector reward before. I may abandon ship on this mission. 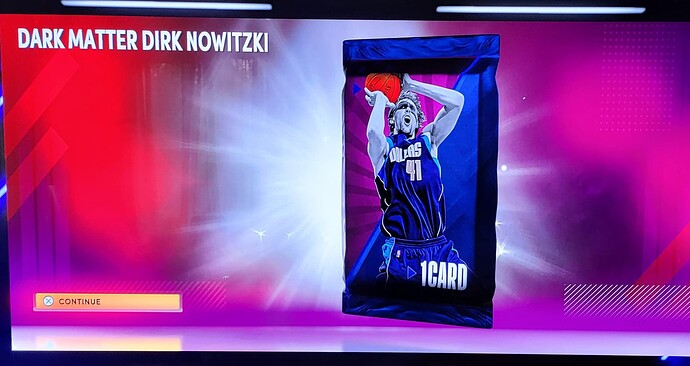 Freaking sweet bro. You a collector? Or just wanted Dirk?

Originally I wanted Dirk - but after reviews - just 80hofs.
But as for now Dirk gets into my line up - to compliment Pippen and Shaq

Originally I wanted Dirk - but after reviews

Actually - fuck reviewers. Dirk really feels like best PF in the game - and I owned all PF available 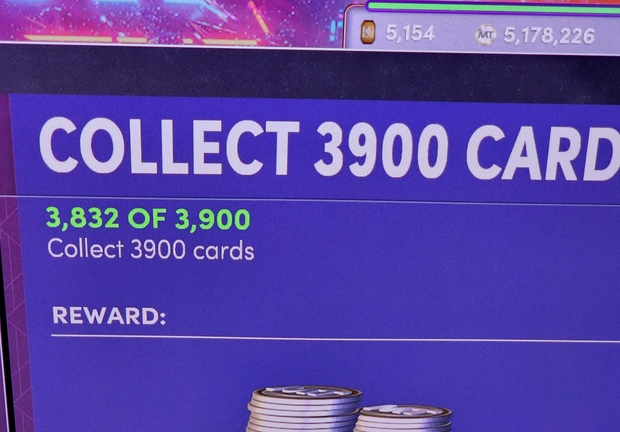 I may have underestimated my ability to get to 4000. Going to try to keep sniping some more stuff before Friday. Hoping for a good amount of cards dropping. I also can still redeem 18 token players.

If only these takeoff players would drop in value that would make this easier. They are flying out of superpacks and there isn’t a HOF badge to exchange for them anymore. Yet they are still the same price.

Yea I think I will get him this weekend. I haven’t locked anything in so I should get a good amount of MT back. Currently at 3,919 cards with 3.665M mt left with still around 10 random cards I want to get for 30K and under before Friday. I also have no takeoff players yet. So 10 diamonds /PD’s there for around 20k to 25k.

I hope you did get all historic courts and jerseys - it’s relatively easy - and gives decent bump.

Yea I have had the auctionable ones. I missed 12 of the reward jerseys that they released in the packs you got for winning a game like 2 weeks ago. It was RNG what you got but I definitely built up my collection with those packs.

I basically almost have everything I can get that is around 30k mt or under. I do have a couple of more expensive cards that I got on good bids.

Only currently attainable reward stuff I don’t have is the unlimited reward. One of the TTO RNG players. And domination Manu.

I thought that as well - but you can get historic jerseys and courts from token market. 3 tokens/pack. It’s random as well… I wasted about 1000 tokens or more to get every single one

Good too know thanks. I may open a few on Friday. Depending how many more cards I need. I feel like the final 30 or so packs I opened 2 weeks ago were duplicates. Those final 12 jerseys just wouldn’t come out of those packs.

Yep. Its going to be bunch of duplicates - but I managed to pull every single one. Tokens are useless anyway… and I still have 1800 tokens…

Did you get almost all the early release reward cards? That’s the only difference I can figure. And the other guys who got to 4000 seem to have followed the same path as me