Someone shot 77 percent for 3pointers for the entire game. Made 20 plus attempts . Lol probably worse example of eq in full effect. It was opal versus majority pd and diamond team . Any other funny eq stories …?

Dude had 18 steals and 11 blocks against me once. Hardest I have ever fought EQ. My full opal team went into 3OT with a PD squad. Hit two buzzer beaters during the game and then spanked him in the last OT.

you got cooked my guy 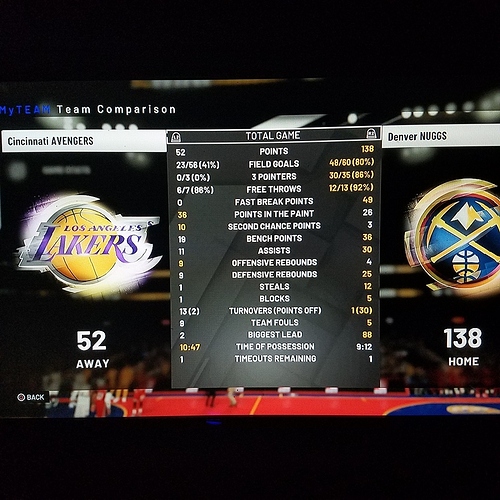 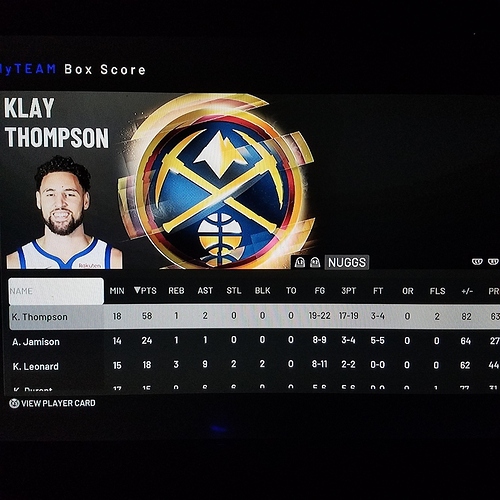 Made 19 in a row second half. This was yesterday

Agreed. I got cooked yesterday by a guy running GO Klay. That moving shot 3 is unstoppable (at least against me). Some guys are just that good.

How did u make all them threes? took good shots? Lots of good/green releases? Or did u just run down the court smashing square hoping the “equalizer” would make a bunch of bad heavily contested shots drop for u?

EQ def wasn’t in my favor because admittedly I had the somewhat better team but not by much. He had 4 opals. I think I’m better than most at timing my releases as probably around 20 of those makes were green. Most of them came in transition with the 12 steals and 25 defensive rebounds, but I also have my fair share of 3pt plays and just take smart shots. Never take contested shots if I can help it. Klay got takeover either 3 or 4 times that game and we all know when that happens it’s like 5 in a row in about 2 minutes. I don’t usually shoot that many threes but I knew I had it going that game so I just kept launching and laughing as they kept swishing.

I see what you’re getting at 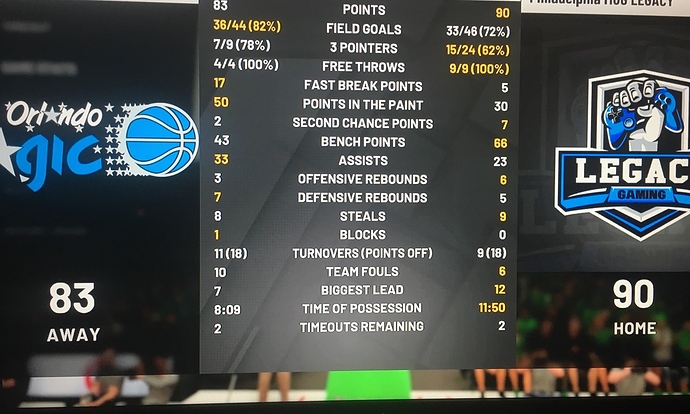 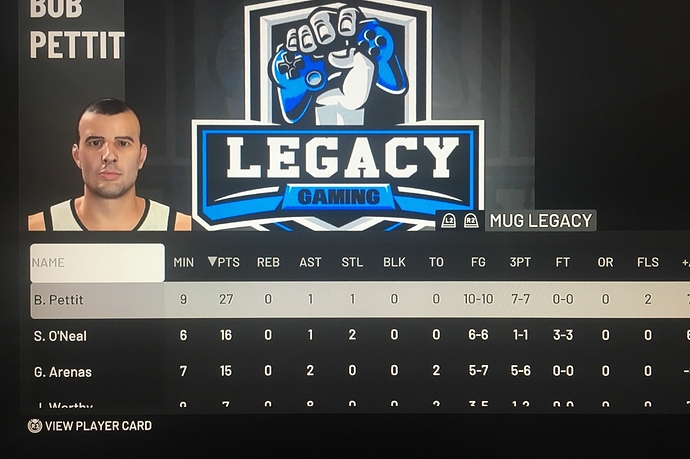 Dude had 33 assists but only 9 threes and shot 82% from the paint? What was his style?

I had a good one yesterday where i had 73 bench points and my opponent had 75 for his team lol, completely off topic but you know it’s the same bad game haha

It was that guy idropbuckets4rep he’s a pretty well known comp player. He runs all big guys wit opal Giannis at PG shaq at 2 robinson 3 kareem 4 n he was mixing in mutumbo n kristops at 5. He would 5 out everytime n sometimes come screaming into the paint with Giannis but his real strategy was to post up wit shaq in the 5 out but get his big body in the way of one of my guys guarding his guys on the perimeter then manually cut that guy. He was good in the post but I wasn’t running a really big team n if I doubled he knocked the 3s down as u can tell