What’s all the hype behind JR? If he was just a regular diamond flash player (same stats/position) he wouldn’t be as expensive.

I think it’s the pg eligibility and the fact that he seems a bit more rare than the other diamonds. I don’t think he is worth his price tag because you can get tmac for that price, but other than that I can see why people paying so much.

J.R is pretty bad ass in my opinion

If there wasn’t position locks, he’d be bin

People were paying that & more for Ben Simmons. T Mac is probably the only card better than this JR.

You know how it is. Things are more valuable when they’re “limited”

Yeah the price is steep for Jr but he goes hard. He’s instant offense, can defend and more importantly he can play on or off ball with his stats badges and position eligibility.

If you guys had to choose JR or Simmons at PG which would you pick?

Simmons, no question, physical mismatch in about 95% of the games

JR is Shai with Hof clamps and range

I’ve used a JR card every year so I feel like I could trust him with the ball in a close game. I had Simmons opal last year which was obviously OP. Starting to piece a team together since bird arrived. PG and C seem like the toughest choices.

Center this year is easy, for a while I was using Amy Whiteside and Amy gobert, then I transitioned to Embiid and Ayton

I think JR is better than Ben but it’s all bout your play style that’s why this which card is better or if you should lock or buy a card debates are tuff on here. We all play different n are working with different budgets

People on here acting like card rarity means anything. “400k for a diamond wtf” That’s some sophomoric shit. He has 17 HoF badges, him being a diamond doesn’t mean anything. He’s at least the quality of a high end PD just based on that. Then you realize he ticks every box on the checklist. Clamps. Range Extender. Quick Draw. Quick First step - all HoF. If he was ‘only’ an SG he’d still be right up there with T-Mac. But you can play both of them at the same time. Are people surprised he’s similar price to T-Mac? Apparently so and that’s pretty funny.
IMO no card is ‘worth’ 450k… but you don’t have to lock him for anything and his value will stay high due to scarcity. If you can afford it, it’s a better investment than locking for Allen and has a lower chance of price crashing than T-Mac - who will inevitably be re-released. I doubt Glitched players will get re-released after their initial run (though it wouldn’t surprise me) FWIW I prefer Arenas 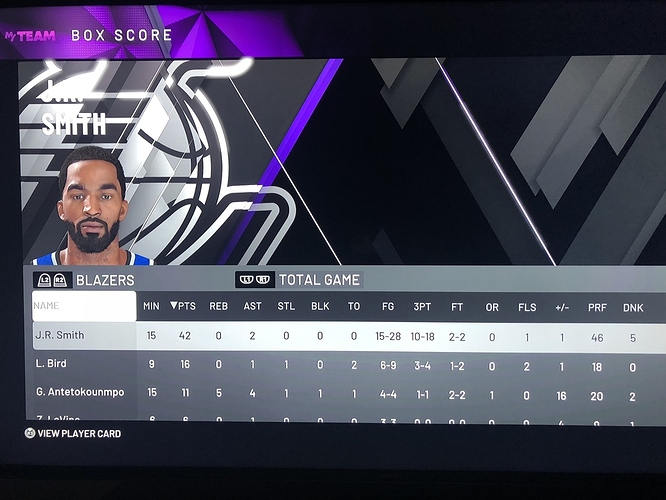 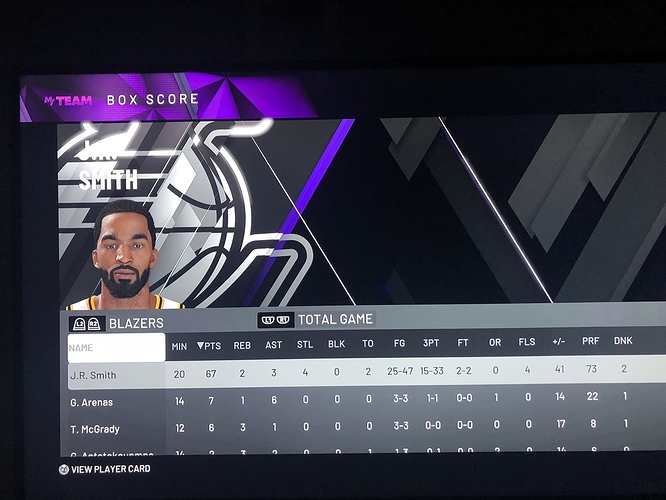