Anyone here into fantasy football??? Drop your teams. This league I’m in is my family league and the buy in is 300 dollars. It’s always bittersweet knowing even if you lose, the money goes to someone in the fam. 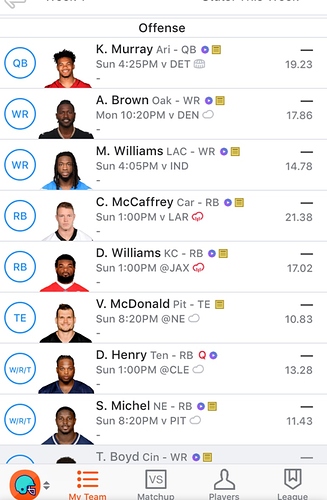 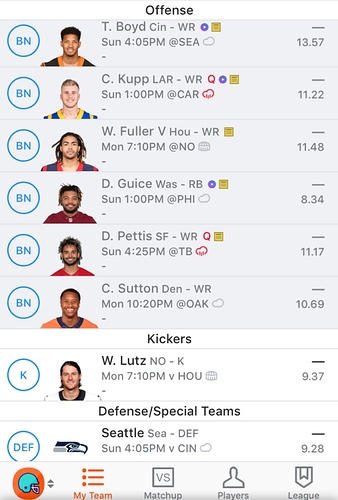 (I’m a little thin at RB, but if one of those Breida/Singletary/Guice/Sanders pays off, I’ll be sitting pretty) 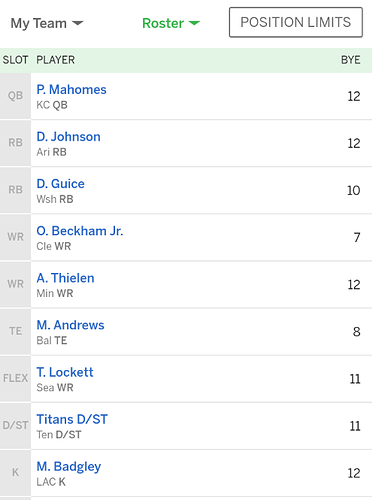 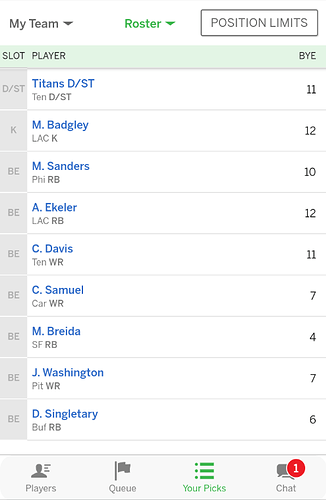 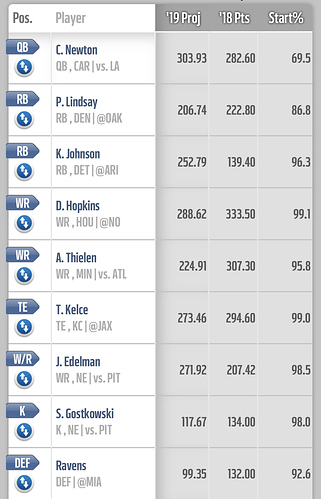 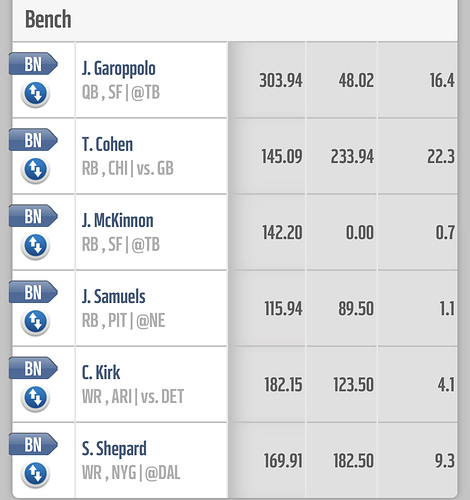 Nice squad bro!! Guice is gonna be nice this year

OP. Your family either sucks. This is a 10 man. League. Or you just a great drafter. Good team. You will be a problem std or ppr alike 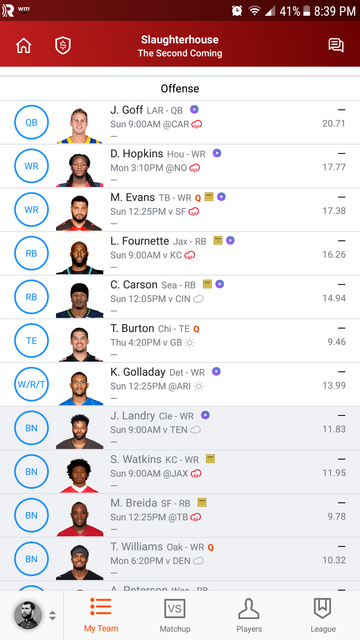 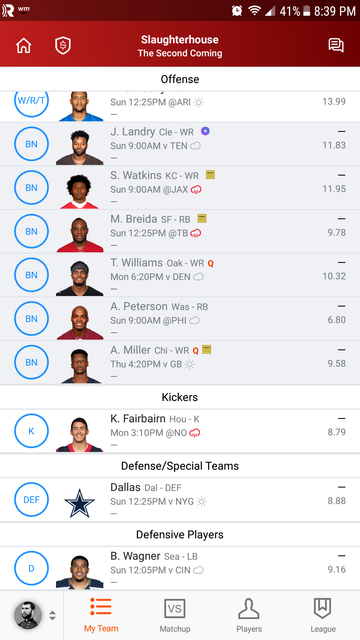 I usually don’t draft to well but I feel I did alright.
Drafting is one thing but the waiver wire is King imo. Have fun boys! 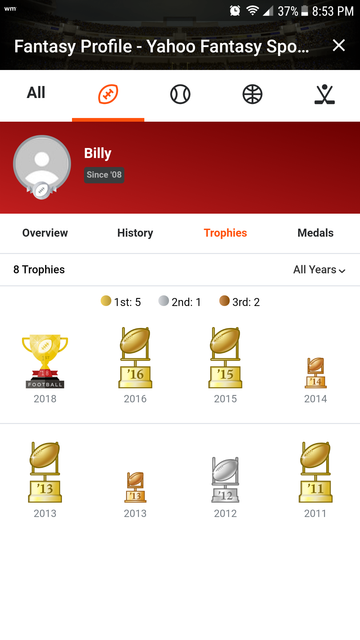 The other 3 golds are from my other league with my older bros friends which I am the King in. 3 time winner no one has won more than 2. But the league im talking about is the real bragging rights league

How many teams are in this league. This was solid draft.

Thanks bro!! I sure hope so… I rolled the dice with him but that stiffy in the pre-season sold it for me haha

10 man league with my work buddies. They’re all into fantasy with only 1 guy being a noobie, so I’m pleasantly surprised with how my team turned out.

There were a few guys I really wanted that got sniped right before me tho, like Montgomery with the Bears and Hunter Henry for the Chargers.

Nice trophy case bro !!! I’m working on my first championship. Came in 2nd last year (Odell, Melvin Gordon and Manny Sanders went down) but I have a good feeling this year I get my first title

Odell Keenan Allen and Tyler Boyd were out last year in the final week and I still came thru. Robert woods and Kamara never sleep

Lmaooooo it’s a 10 man league, so maybe that’s why my team loooks a little stacked

Guys like Big Ben and Tom Brady available in my league

Yo we need some bball players this yeee for yahoo. H2H 9 Cat

I’m a firm believer in kyler lol, mahoomes was my QB last year so it’ll be a step down. Kyler having David Johnson should take a lot of pressure off of him