I guess Durant is coming to grips with the fact that he isn’t the player he was in the past and now he’s playing hard ball with Brooklyn. 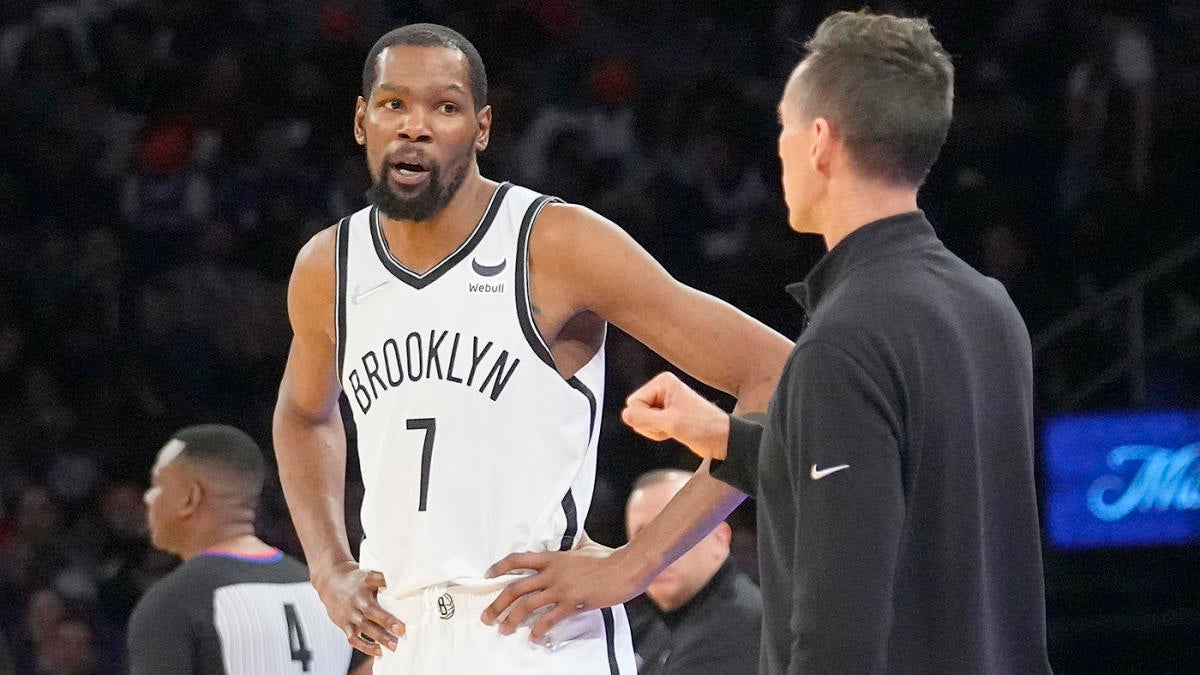 In a face-to-face meeting this past weekend, K.D. reportedly told Joe Tsai he doesn't have faith in the Nets' direction

What past u talkin about? Cuz i dont know 4 players better than him

In fairness anybody who watched any stretch of Brooklyn Nets basketball would tell you Nash had absolutely no clue what he was doing. He basically relied on KD and Kyrie to be KD and Kyrie every possession

At this point now, my first question is: is the source who told this to Shams more likely to be in the KD camp or the Nets org, and what are the potential motivations that they have for telling this to Shams? I.e. is this generally true, or not?

But Tsai’s tweet coming a handful of hours after Shams’s suggests this is generally true.

Seems to me that KD and Kyrie have collectively and cumulatively backed the Nets into a corner. Nets went all-in once they traded for Harden at their behest. And it’s just more acceptable to potentially have a pretty shitty year and not get the draft pick (I have a hard time understanding if their 2023 pick is owned by another team or if a swap right is owned by another team).

Alternative isn’t great: trade for an underwhelming package that, at best, probably just puts them into a first round exit, but pretty much limits them to that for a handful of years.

Shams is really shitty writer. Durant has a shitty personality. Nash lies really badly to the media. Tsai is a billionaire.

What a timeline we’re in KD and Kyrie have gotten so obnoxious that I think the general consensus finds it amusing that a Chinese Canadian billionaire in good standing with the CCP seems to be comfortable with forcing KD and Kyrie to honor their contracts.

The league is getting ridiculous. Players are dictating where they want to play and when. Yeah, I understand all the history of owners having leverage, but they’re the employer, there’s no loyalty these days from the so called Superstars. You don’t see fringe and mid level players crying and dictating where they want to play, majority seem humble enough to appreciate that they’re in the NBA and getting a decent salary. I understand the want to win, but leveraging your team by crying and saying you’ll sit out or not put in 100% effort until you’re traded, come on. Durant sat out a year, let the Nets get pieces he wanted and as soon as things go south, he’s out of there. No loyalty IMO. Lebron is the same. Give me the good old days where Players had loyalty to a team, no matter how messed up the owner may be or the coach. You were drafted by Boston, you by default hate LA etc and would never go and play there. Not sure where im going with this, but current state of the NBA and its player’s demands irks the hell out of me.