I was so pissed that Vince was locked behind multiplayer wins… so ended up getting Elden Ring last Friday. Obviously Elden Ring requires a lot of hours so I didn’t turn 2k on for the past 5 days (this is coming from someone who is generally only an offline only player and have grinded all seasons 1-5 level 40 rewards).

So today I turned 2k on finally and decided one pack won’t hurt as I still have VC from 2 weeks ago and viola… my first DM pull this year. So the myth of taking breaks from grinding this game is proven right yet again. Anyone else with similar stories? 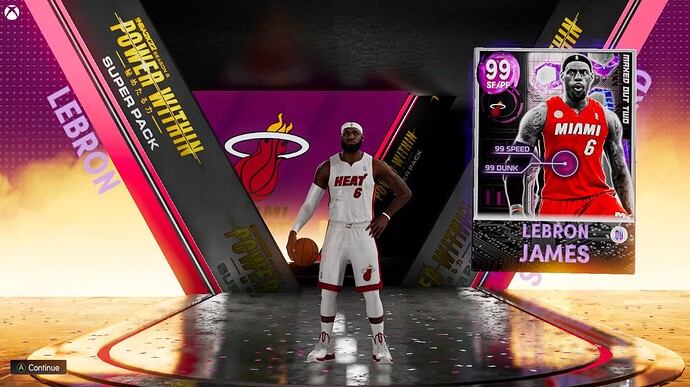 Congratz man! I had some lucky DM and Opal pulls on free packs, but I never took a break.

U guys think players in these packs will go up when they drop mutombo, bracket buster oop etc are 300 token lock set

I played everyday. Stopped for 3 weeks before DM MJ came out. Pulled him my first day back in a 10 pack. Added hof badges and sold him for a little over 2 million

Man… don’t get it if you value time. So much content in that game and you tell yourself just 2 hours tonight and all of a sudden it’s 2am and I have to get up at 530. Game is crack bro which was why it was so easy to forget about 2k

That’s what I am saying! There must be some algorithm that tracks our grind because I have been playing this game non stop ever since release and it didn’t matter if it was boxes, singles… every Friday I was NOT be able to get any top cards so obviously had to work the AH to get the cards I wanted.

I didn’t play MyTeam until 2018 (had been playing regularly since ‘08 though). Decided to open one pack at the end of the season, “just for fun”. Got PD all 99s Lebron.

Played sooooooo much MyTeam in ‘19 and ‘20. 99% NMS and got all the best cards etc— started coming here after getting cooked by… somebody… maybe @ZenMaster?? and getting serious about online strats.

I kinda blame that all 99s Lebron pack for all of it.

2k16 was my first year playing myteam. Opened a few packs to start and pulled a diamond (highest tier back then) Bron. Fuck that pull. Hooked me for 5 years…

LOL, I legit think the best pull I have ever gotten was a Dynamic Westbrook the year Dynamics became a thing. During early release.

Those were the days. I Loved 2K17.
But the offline content back then was weak.

Are you on PC, because I don’t remember playing you.

I’m on PS now- highly recommend. In hindsight, it seems that my duels may have been with @The1Vigilante back in the day. Then again, maybe it wasn’t. I remember whoever it was having a 2kgamer themed court though…

OK it wasn’t me. I had a Will Ferrell team branding. The Honululu Sunburns.

My mistake, it was the LBC Sunburns

Ok yeah, I played you back in the day.