Does GO julius randle even exist?

I have cleared like 11 or 12 boards and haven’t seen him YET
2x quantum packs
1x diamond consumable
The rest??
1000 mt or 5 tokens🤡
Joke ass company

Yeah I’ve got two of them lol. It took me awhile to see him though

got him on my first game was already in top board when season 6 started. it is frustrating for it to be too random like the vault

The funny thing is that the last time I got the vault player reward and the ascension player reward was back in season of giving
In first triple threat offline game this season I got jerry sloan and in my second ascension board i got Cunningham!!!
But after 12 boards I cant get randle lol

I feel Ur pain. I’m there too

So many boards. No randle

Dude it might’ve taken me more than 12 boards lol but I agree it’s ridiculous.

15 boards, no Randle. Its same like Fred Brown last season, it takes like a 40 boards until I saw him lmao

Got Randle on my 3rd board clear. In previous seasons, it took forever for some of the players to show up.

At least it’s not only me😂
But this shit is unbelievable something has to be done
Triple threat online has become an absolute travesty
No mt no packs no packs no players
What’s the reason to play this bs mode?

I would give u my extra one. I got him on my second board (have third one as well) 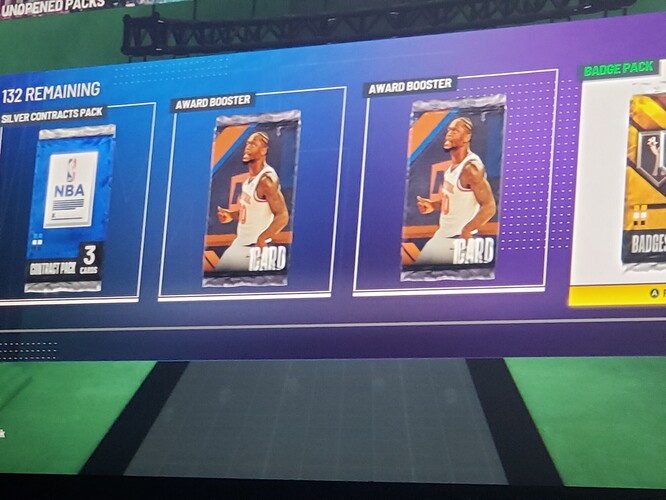 First player I really want from Tto, of course I got duplicates from prev rewards… didnt even saw Julius on the boards yet

Hahah thank you I appreciate that
if only was possible… 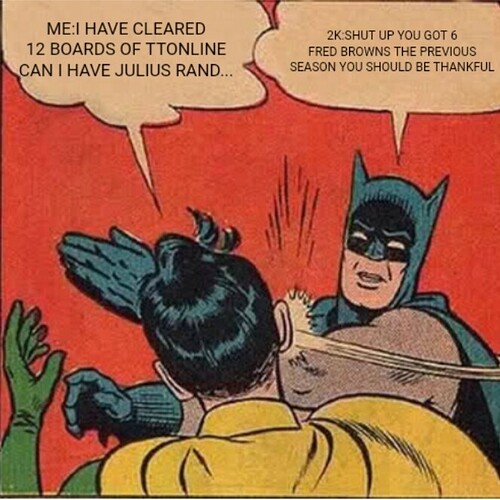 I got him on my second board and it wild yall on board 11+ without seeing him. Guess Randle going to be the reason I never see the glitch board.

Yeah I know its unbelievable
I dont know why I keep wasting my time on this trash mode
And ohh I got the f*ckng glitch market today just to get OG which I ain’t even gonna use,some trash ass jordan shoes and a ruby markelle fultz from the glitch pack

I got randle on my 3rd board ( got both spots ). Havent seen him since though

Got him on my board day 1, missed with all 5 balls. Had some absolutely BS bounces and now haven’t seen him since.