Derrick Rose to the Knicks for Dennis Smith Jr!

The Detroit Pistons are nearing agreement on deal to send Derrick Rose to the New York Knicks for Dennis Smith Jr. and draft compensation, sources tell me and @JLEdwardsIII.
1 Like
Lock This
DORTtheFORT February 7, 2021, 6:14pm #2 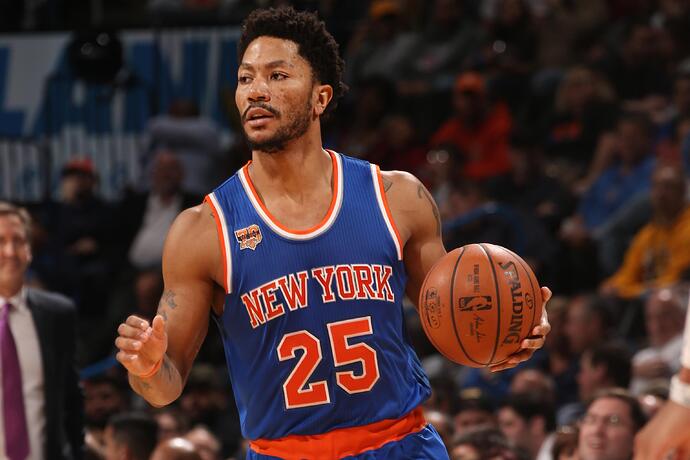 Full circle ending! D-rose got me back into watching bball after the mac/Yao era. Kmart was entertaining, enough.

Really surprised the Clippers didn’t jump on Rose. They still need a PG

as long as that scrub D Rose doesn’t interfere with IQ’s minutes guess it’s fine , i know people here have an infatuation with

but i am not one of those

Drose is know the oldest player on the knicks, as long as he can be a good floor general he don’t have to do anything else. All he got to do is do some PnR and stuff then pass it to the wide open man. He is probably going to average 16 points and 8 assists in 20-25 minutes in about 45% shooting, similar to his rookie numbers

Hope he takes all of Paytons minutes

Knicks have payton quickly and rivers on the bench lol

Same. Except I hadn’t followed basketball since Jordan’s 6th ring.

Thibs is a great coach, especially on the defensive end. He did a good job in Chicago.

However, I still blame him to this day! For not taking out rose during garbage time of game 1 of round 1 against a

(atm) philly team. If I’m not mistaken, I believe it may have been the first game of the playoffs that year. Smh

After his MVP season when, he was prone to getting injured. Terrible decision on Thibs end. I understand he was giving rose more minutes cause he hadn’t played as much that following season.

Aint no way you just called him a scrub bruh