Since you clearly roam this forum and hear us, you already removed steady shooter when we didn’t like it, please, listen to me:

I am a small ball prophet and I am in awe when I see Mike D’Antoni send five shooting guards on the court together. I would love to do it on MyTeam, I hate lumbering and tall big men.

Here are some suggestions for you:

Thanks a lot,
Yours Fra 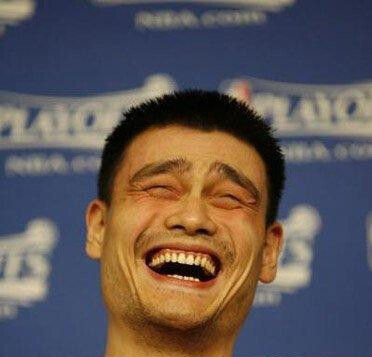 Let’s see, he has the potential to be steroid Draymond every year… If he gets a good shot release and can actually dribble a bit unlike Bam, why not?

I mean, Webber is basically a small forward playing center

I did this with Webber and Giannis, have Giannis guard the 5 and Webber the 4 and on offense, 5 out for LeBron to go one on one or put whoever guarding him in the post

How did you not meant an opal Giannis? He’d kill other centers and good luck trying to post him up he’ll contest you with wingspan and HOF Pogo stick

Imagine your OOP Center going up against Galaxy Opal Dwight…

Imagine your OOP Center going up against Galaxy Opal Dwight…

It’s not a big deal, actually… First of all their Dwight wouldn’t be a factor on defense because he’d be in the corner and in case he helps he leaves an open shot.

On offense I don’t fear post ups since I guard their C with pink Giannis and he’s a tough customer to score on, certainly keeps people at lower percentages than open corner threes.

How did you not meant an opal Giannis? He’d kill other centers and good luck trying to post him up he’ll contest you with wingspan and HOF Pogo stick

Absolutely. I already have my spotlight Giannis guard their C and he’s a dog.
I didn’t mention him because we already have a C eligible Giannis and, even tough he sucks, we have chances to see another one.

Dwight with his speed, LQ, overall athleticism, and defense would pose an insurmountable challenge for whichever C you’re running. I’d love to see you struggle against a good defensive 2K player, as your 5 would be taken out of the game on offense.

The amount of rebounds too

I mean, Webber is basically a small forward playing center

It’s true, he’s the closest thing to what I am asking. Still need to try him, no intimidator is lame tough.

Yes, I have Giannis guard their C all the time because of how good he is hedging in the PNR and playing help D.

Why would my 5 be taken out, sorry? Even if I am at a slight disadvantage on defense I am still trading twos for threes. Or post up twos for open dunk/layup twos…

Regarding rebounds you don’t give up much with someone like Giannis who has mile long arms if you user him. Box out and jump manually. I have Giannis guard the C spot every time and he’s rarely outrebounded

How are you trading 2’s for threes?

He can also hit threes on his own lmao. He’s a broken card which helps screw up the idea of small ball.

Because I can iso or run PNR with a man that’s not guarded by Howard as the screener.
Relegating Howard in the corner makes him as effective at defense as James Harden actually.
If everyone of my players can shoot their Dwight can help and give up a three or stay home and give up a high percentage dunk

I think you’re being incredibly optimistic with that. I’m not saying you’re bad at the game, I know you’re a good 2K player. But running ISO or PNR with players not guarding Dwight or being guarded by Dwight is essentially 4on4 basketball, making the point of small ball best useless.

Like, I do not see the benefit of all lmao. If anything, you’re giving up rebounds and rim protection.

That’s the park meta, shoot off a screen or isolate… And that made tall bigs unusable because they can’t neither hedge nor guard a smaller player.

I want to do the same in MyTeam. Even tough you are correct when you say that having superhuman cards kills all the strategy, that’s lame for sure.