Umm I’m guessing there gonna drop a lot of centerpieces through agendas…only ones available atm are unlimited.

So pretty much everyone will be able to get dr j or larry bird? Im working and not able to see what all is on the agendas. Just curious how many centerpieces and trophy case card options r.

There’s an agenda for each team with completion rewarding the centerpiece. Not bad at first glance but not only do I have to grind for a bunch of pieces I already have but being forced to win 3 multiplayer games with 10 players from x team is a huge turnoff for me. Between the high latency issues and the sweats online modes are not fun for me at all. If they made it play x games instead of win it would be better but as it is I just have to hope they keep giving centerpieces for the MoTW challenges.

I was intrigued at first, but lost interest after seeing everything needed for 1 center piece. Cards are almost outdated anyway, so I’ll stay away.

Centerpieces are now only available in the Trophy Agenda by completing all 14 challenges for the relevant team.

(They were also in the Unlimited rewards but that was a mistake, they had the S3 rewards, they are no longer there).

I am not sure this is less of a grind then in previous seasons honestly, I am missing 10 and am quite pissed (I am 30 cards shy of 1100 so I will get one through collection, but still 9 to go).

On top of that the offline mode rewards are all recycled players.

It doesn’t make any sense. Even though I have most of the trophies I still need to fulfil all the team agendas to obtain the centerpiece. There’s no way I’m going for it. I made it to Erving, need to fill in the West. By the time I’d finish it all of rhem will be completely outdated. I hope 2K will realize they’ve done something stupid (again) and will add more ways to get centerpiece. It would’ve made sense if one could get any trophy by finishing just one agenda, not combining it to 14. Obviously, 2k wanted everyone to be busy with something to accomplish, but that is too much.

honestly, I haven’t been able to figure it out yet

the issue is of course the 3 MP wins, it is not going to be fun in Unlimited (unless a lot of people does this, and you match with similar teams), but maybe easier in Limited (which now runs all week)

Absolutely HORSESHIT that these developers lock centerpieces with ONLINE multiplayer wins. All I need are centerpieces too. So hundreds of hours grinding for trophy case cards the past 3 seasons since Sept and today the developers bent us over and told us none of that matters anymore because you have to grind for the same trophy case cards over again. F them and F this game. Done with MyTeam

@ItsShake4ndbake said it best in this video! 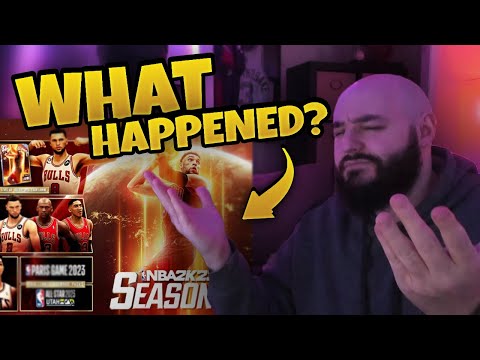 I’m pissed about the centerpiece thing. I’m just done with it. I worked my ass off to get to the point where I only need 5 centerpieces for Tim Duncan, and there is no fucking way I’m earning all the trophies I already have to get centerpieces. There’s hardly a point to play this season at all… I mean literally.

It’s absurd. I bought the game to play the way that I want to play, not to be forced online.

WTF is the point of the Moments of the Week 10 Trophy Case Event Card Option Pack? If I could use these instead of wasting hours grinding online in Multiplayer it would make sense. There is zero point to these option packs

Absolute BS. They could have made Centrepieces maybe 500 Tokens or something in the Token Exchange for those of us who already had all the other pieces and were hoping for cheaper Centrepieces, not to grind for all the f^$king pieces we already have!

so if I only need the centerpiece. Do I still need to grind for everything? thats lame

I’m not gonna lie… the amount of time wasted opening the trophy case exchange pack, exchanging it, then opening another stupid pack… seems like an annoying waste of time to do 15 times for 1 outdated pd card. Multiply 15 by 30, hell no. No way im doing 450 to get opal Bird. Why? So they can drop dark matter invincible/ goated cards a couple months from now? Then have it all reset in September to do it all over again? Time is money folks.

They could realistically fix this by just allowing pieces already collected to count toward the agenda. As a bonus it removes the need to do the multiplayer wins as those are the pieces from dom.