30 games 3 boards 3 cazzie… wish they do trade in for other rewards cards… seem this round tto has higher pop rates than last round. i never seen van horn 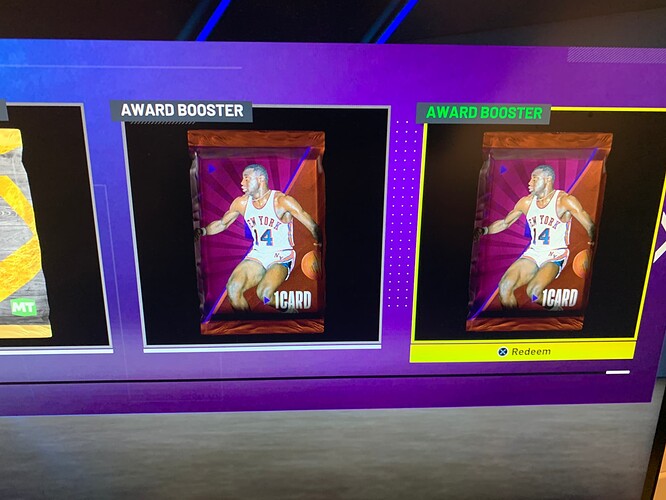 You can trade dupes of these guys for other cards…the highest card in the Xchange rate currently is a pink diamond , once higher tier cards are available you will be able to redeem some of those PD dupes you have …it just hasn’t gotten there yet , if you had any diamond dupes from previous TTO boards , you would be able to trade those in for a PD, so it’s just a matter of time

P.s that Rusell card is actually pretty fire, if you get used to his release , he’s a very very efficient player and very solid defensively

This shyt I had to do to get that Cazzie…lmao. 200+games. 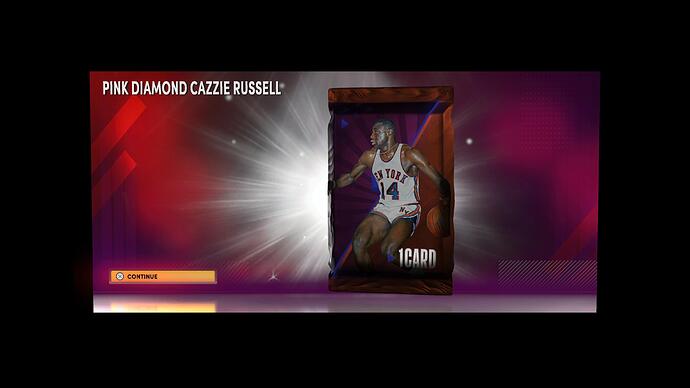 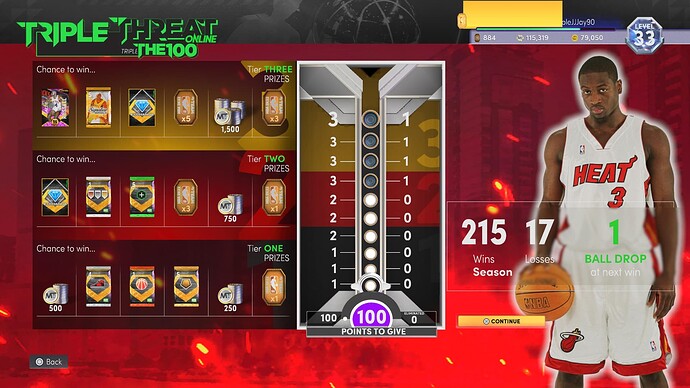 Really ? That’s heart my g lol …I got him in my 3rd board …well I’ll be happy to report he’s as good as any wing player in the game his size if you can familiarize yourself with his jumper realease , he’s a lock on the other end…btw 215-17 ? Damn ur a serious sweat my boy , who do you run there just curious ? Or do you run whoever and you’re just the damn best ? Lol

his shot is too quick juat need a little space and its cash!

Haha, I’m just good at TTO, it’s my mode I can lock in on

The 3 I ran for majority of my run was Iso Joe Johnson, KD and Maurice Lucas. Really good 3. Now that I have Cazzie I be running him a lot and he goes crazy. In Clutch Time he hit a hell of a shot for me last night.

Cazzie at the buzzer…BANG!!! NICE shot man, I’m amazed you saw any room there at all…did you green the shot ? Very nice either way
…way to maintain your composure, not forcing and not celebrating too early in OT , that’s def a weakness for me, creating a good shot with only enough time for a dribble and a shot , his ultra quick release was made for this kind of stuff tho it seems

Bro your win loss ratio is nuts. Are you facing tons of bots like I am or just dominating?

I like to work the sideline on last second shots. Usually it’s so much congestion you can find an opening. I greened it but it was a 8% contest. Would think it would have been higher than 8 but I got lucky lol. His shot just saw fast.

Both. Some bots, some just getting challenges done, some really good players at the game.

Like I had one day when I was grinding for Cazzie and I played JMoneyRep (league player, one of the best in the world) and then the twitch guy 2k fitness. I beat both but they are both really good obviously lol. JMoney was using Reggie Lewis and spamming screens trying to 3 hunt. 2k fitness was trying to go off with Donovan Mitchell.

At this point I don’t care about my record tho. I just wanted to see where I would end up after week 1 of the season with all the sweats for Cazzie. Wanted to see if I could get a 90% win rate. I always linger a little above 80.

Anything above 50 is great…80 plus is ELITE AF.

ur right…my record around 200-60 and I’ve quit out and lost lots of games because I was trying to do challanges not caring if I win at all, so I’m not sure what mine is , but its def better than avg but nowhere near our friend here lol…also if I’m ever grinding just to get up the board , like in cases where PD PG13 was in boards etc…usually I run with emerald bones Hyland , saffire Klay Thompson and saffire Jonathan Isaac , I’d say I have a chance against any squad with this trio except the very very very elite 1 million MT players in the game

I was grinding the challanges for Tatum last night and came across cazzie once again on my 2nd board I believe , I think maybe ur just getting unlucky lol in which case ur probably due , good luck to you

Lol you counted ? Ur a better man than me

The streak is finally over. I hadn’t seen a reward player in TTO since season 1. Was just able to get Cazzie.

I’ll give him a shot. Someone just destroyed me with him. So I know he can do damage in the right hands. Probably not my hands though lol. He was dribbling like crazy with him and greening everything when he got space. He has a very quick release. I definitely need to up my dribble game.

Meh I’m not really a dribble head with everyone , I mostly dribble with my primary ball handlers n attack out of the triple threat with others , no regrets as far as results but I’m sure I’d do better if I was a better dribbler probably but I’d also get more steals/turnovers if I pressed all game but I refuse to do it cause it’s lame n not fun to me, so as long as I can win most games I’m satisfied for now…I like playing that asthetically simulates real life to me